From the Archive: Islamophobe & Bolton pal Fred Fleitz has been named chief of staff for the National Security Council. Fleitz was a danger a decade ago in the Bush administration and is even more so now, recalls Ray McGovern.

Ray McGovern reports that with Bolton’s old “enforcer” Fred Fleitz as NSC Chief of Staff the odds increase of war with Iran. Bolton and Fleitz can now elbow out any honest intelligence on Iran and goad the President into a world-class catastrophe. This time the result would be much worse — geometrically worse says McGovern than during the Bush administration.

On a recent TV appearance, I was asked about whistleblowing, but the experience brought back to mind a crystal-clear example of how, before the Iraq War, CIA careerists were assigned “two bosses” – CIA Director George Tenet and John Bolton, the Under Secretary of State for Arms Control and International Security, the arch-neocon who had been thrust on an obedient Secretary of State Colin Powell.

CIA “analyst” Frederick Fleitz took the instructions quite literally, bragging about being allowed to serve, simultaneously, “two bosses” — and becoming Bolton’s “enforcer.” Fleitz famously chided a senior intelligence analyst at State for not understanding that it was the prerogative of policymakers like Bolton – not intelligence analysts – to “interpret” intelligence data.

In an email from Fleitz in early 2002, at the time when one of his bosses, the pliable George Tenet, was “fixing” the intelligence to “justify” war on Iraq, Fleitz outlined the remarkable new intelligence ethos imposed by President George W. Bush, Vice President Dick Cheney and their subordinates who were reshaping the U.S. Intelligence Community.

Apparently, senior State Department intelligence analyst, Christian Westermann, “had not gotten the memo” on how things had changed. Rather, he was performing his duties like a professional analyst under the old rules. Westermann had the temerity to block coordination on a speech in which Bolton wanted to make the spurious assertion that Cuba had a developing biological weapons program.

On Feb. 12, 2002, after a personal run-in with Westermann, Fleitz sent Bolton this email: “I explained to Christian [Westermann] that it was a political judgment as to how to interpret this data and the I.C. [Intelligence Community] should do as we asked.” Fleitz informed Bolton that Westermann still “strongly disagrees with us.”

At this point, Bolton became so dyspeptic that he summoned Westermann to his office for a tongue-lashing and then asked top officials of the State Department’s Bureau of Intelligence and Research (INR) to fire him. Instead, they defended him, and this was not the only time intelligence managers at State – virtually alone in the Intelligence Community – gave the Bush-43 White House and political hacks like Bolton the clear message not to count on managers and analysts at INR to acquiesce in the politicization of intelligence. 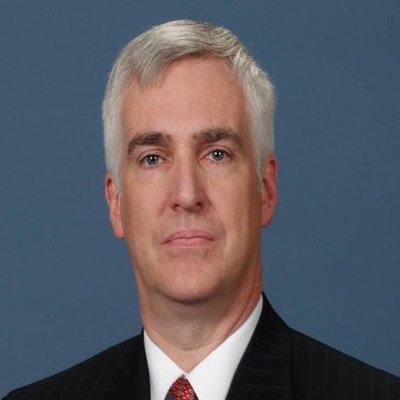 Later, Fleitz went on to bigger and better things. In 2006, he became “senior adviser” to House Intelligence Committee chair Pete Hoekstra, R-Michigan. Bowing to desires of the White House to portray Iran as a strategic threat, Hoekstra had Fleitz draft an almost comically alarmist paper titled “Recognizing Iran as Strategic Threat: An Intelligence Challenge for the United States.” Fleitz was told not to coordinate his paper with the Intelligence Community.

The objective was to pre-empt a formal National Intelligence Estimate on Iran’s nuclear weapons program – an NIE that the Senate had just commissioned. Fleitz and Hoekstra feared the NIE might come to unwelcome conclusions, contradicting the kinds of stark warnings about Iran’s nuclear program that the White House wanted to use to stir up fear and justify action against Iran. Iraq deja vu.

The Fleitz-Hoekstra gambit failed. Their over-the-top paper made them the subject of ridicule in professional intelligence circles.

Meanwhile, Assistant Secretary of State for Intelligence Thomas Fingar was named to manage the formal NIE on Iran, and, mirable dictu, he was not only a seasoned professional but also a practitioner of the old-time ethos of objective, non-politicized intelligence.

Worse still for Bush, Cheney and their sycophants, the NIE of November 2007, endorsed by all 16 agencies of the Intelligence Community began: “We judge with high confidence that in fall 2003, Tehran halted its nuclear weapons program.”

That Estimate holds the distinction of being the only NIE of which I am aware that demonstrably played a key role in preventing an unnecessary war – the war on Iran that Cheney and Bush were planning for 2008. Bush pretty much admits this in his memoir Decision Points, which includes a highly instructive section that he must have written himself.

Indeed, nowhere in his memoir is Bush’s bizarre relationship to truth so manifest as when he describes his dismay at learning that the Intelligence Community had redeemed itself for its lies about Iraq by preparing an honest NIE that stuck a rod in the wheels of the juggernaut rolling toward war with Iran.

Bush complains bitterly that the “eye-popping” NIE “tied my hands on the military side,” adding that the “NIE’s conclusion was so stunning that I felt it would immediately leak to the press.” He writes that he authorized declassification of the key findings “so that we could shape the news stories with the facts.” Facts?

A disappointed Bush writes, “The backlash was immediate. [Iranian President Mahmoud] Ahmadinejad hailed the NIE as a ‘great victory.’” Bush’s apparent “logic” here is to use the widespread disdain for Ahmadinejad to discredit the NIE through association, i.e. whatever Ahmadinejad praises must be false.

How embarrassing it must have been for Bush and Cheney! Here before the world were the key judgments of an NIE, the most authoritative genre of intelligence report, unanimously approved “with high confidence” by 16 U.S. intelligence agencies and signed by the Director of National Intelligence, saying, in effect, that Bush and Cheney were lying about the “Iranian nuclear threat.” Just a month before the Estimate was issued, Bush was claiming that the threat from Iran could lead to “World War III.” 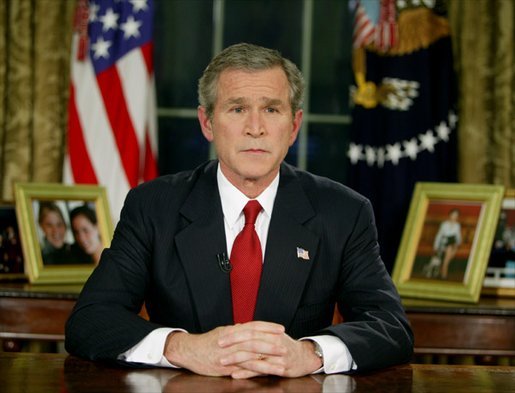 Bush’s Lament: How can I attack Iran now?

In his memoir, Bush laments: “I don’t know why the NIE was written the way it was. … Whatever the explanation, the NIE had a big impact — and not a good one.” Spelling out how the NIE had tied his hands “on the military side,” Bush included this kicker:

“But after the NIE, how could I possible explain using the military to destroy the nuclear facilities of a country the intelligence community said had no active nuclear weapons program?”

Yet, that didn’t stop neocon warmongers from trying. The NIE was subject to virulent criticism by those disappointed that it did not provide justification for a “preventive” attack on Iran.

Former CIA Director James Woolsey, who has proudly described himself as the “anchor of the Presbyterian wing of the Jewish Institute for National Security Affairs (JINSA),” called the Iran NIE “deceptive.” Hoekstra called it “a piece of trash.”

Greg Thielmann, a former State Department official who had managed strategic intelligence analysis but quit before the intelligence debacle on Iraq, could not resist commenting on this bizarre set of circumstances from his new position as a senior fellow at the Arms Control Association: “There is some considerable irony in hearing such criticism from those intimately familiar with the inner workings of the intelligence community, who seemed to have sleep-walked through the serious professional lapses of the 2002 NIE on Iraq WMD.”

Still, you need not worry about any negative consequences for the compliant Bush-Cheney “analysts” who were willing to “fix” more intelligence around war policies. As usually happens in Official Washington, they landed on their feet. For instance, Fleitz is now Senior Vice President for Policy and Programs with the Center for Security Policy, a think tank founded by Frank Gaffney, Jr., an archdeacon of neocondom, who is still its president.

Ray McGovern works with Tell the Word, a publishing arm of the ecumenical Church of the Saviour in inner-city Washington. A former Army officer and CIA analyst, McGovern co-founded Veteran Intelligence Professionals for Sanity (VIPS) in January 2003, in an attempt to expose the corruption of intelligence under the Cheney-Bush regime.