Western media got interested in this month’s Lebanese election hoping “their” candidates would win. It became a different story when Hizbullah gained the most, explains As’ad AbuKhalil.

The recent Lebanese parliamentary election generated a lot of publicity in Western media. To be sure, free elections are rare in the Middle East, and Western media get excited over the prospects of success for what they dub as “pro-Western” candidates or coalitions anywhere. Also because foes of Israel and the U.S. were in the running, Western media become automatically invested in the outcome. This time, Western media decided that Hizbullah won “a majority of seats” in the election—as the headline of The Financial Times had it. The results were certainly a blow to Western and Gulf regimes who invest—politically and financially–heavily in Lebanese elections.

We can’t really talk about free elections in the Middle East—or anywhere else in the developing world for that matter. Not because people there don’t want them but essentially because Western governments and Gulf regimes won’t allow it. To be fair, the U.S. is clearly in favor of free elections, but only when the results guarantee a victory for its puppets. Thus, when Hamas won the legislative elections of 2006 (which the U.S. had been insisting on), the U.S. not only refused to recognize the free expressions of the Palestinian people but the U.S. worked on a covert operation to undermine the results and to overthrow Hamas in Gaza.

Historically, the U.S. (among other outside parties, chiefly Gulf regimes) intervened heavily in Lebanese elections through the provision of cash payments to its favored right-wing, anti-communist candidates. For instance, the 1947 election lives on as one of the most corrupt in Lebanese history, and former CIA agent, Wilbur Eveland, wrote about his adventures of driving to the residence of then president, Kamil Sham`un, with a load of cash to ensure that the right-candidates win. But the cash wasn’t really necessary because Sham`un forged the election anyway and arranged for the defeat of his opponents. 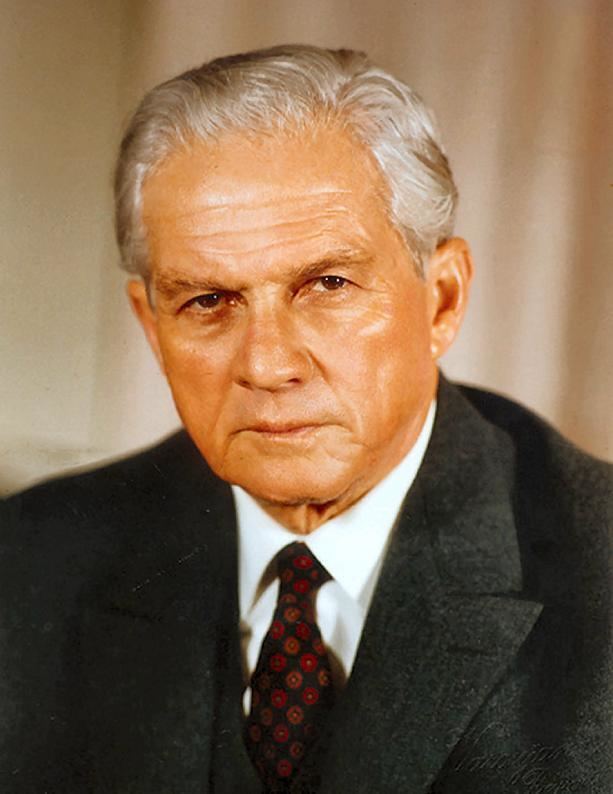 In 1968, the U.S. was most likely behind the rise of the far-right coalition of “the tripartite alliance,” which included the Phalanges, who swept through the election and, in few years, would—with U.S. help—trigger the Lebanese civil war. (New U.S. archival materials show the extremely close relations between those parties and U.S. and Israel).

But the U.S. and Saudi Arabia surpassed all previous foreign intervention in Lebanon in the 2009 election, when they threw close to a $1 billion to sway the vote on the side of the March 14 coalition, which included the Muslim Brotherhood and right-wing groups—all dubbed “pro-Western” by U.S. media. The victor was arranged although the election was very close: no one side was able to rule without veto power by the other side.

In this election, the Saudis didn’t spend as much as previously probably because they thought it wouldn’t much difference since a new electoral system had changed the rules. But Western and Gulf governments convened a special economic conference in Paris to prop up the leadership of Sa`d Hariri, who claimed in the wake of the conference that he would be create no less than 900,000 jobs.

Elections in democratic political systems are merely some of the people selecting representatives who speak on behalf of “all the people.” The propaganda about the virtue of elections is highly exaggerated in order to provide the political system with much more political legitimacy than warranted.

In the U.S., there is still a clear agenda to suppress wide political participation. The U.S. is one of the few countries in the world which holds the vote on a working day—and in the winter where much of the East coast is buried under rain and snow. Furthermore, the U.S. requires voter registration, when most democracies don’t. The low voter turnout in the U.S. is by design, and not by default. If the U.S. were to adopt a proportional representation system—which both parties won’t allow because they enjoy holding the exclusive monopoly over political representation—voter turnout would increase. Most world democracies have—at least partially or at some level—adopted proportional representation.

The leftist coalition during the Lebanese civil war years, the Lebanese National Movement, proposed political reforms in 1975. They included—among other things—the adoption of proportional representation at the national level, with Lebanon designated as one electoral district. The political class rejected that because they preferred the single-member district (at a small local level) since it facilitates the utilization of cash in swaying voters. Also, Lebanese national proportional representation wouldn’t fit well with regional sectarian leaderships.

The May 6 Lebanese election took place nine years after the previous one. Regional conflicts and Lebanese internal turmoil gave sectarian leaders the excuse to postpone the elections repeatedly. Sectarian leaders also had a hard time agreeing on a new electoral law. But the election of Gen. Michel Awn to the presidency in 2016 expedited the process of finally holding a ballot. His parliamentary bloc had been vociferous in calling for new elections. After long months of acrimonious negotiations, the sectarian leaders agreed on a new electoral law. 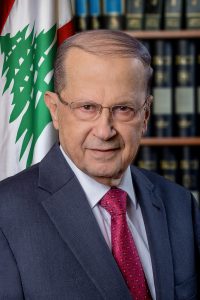 Aoun: Pressed hard for a vote.

Hizbullah and the progressives in Lebanon called for a proportional representation system, while Hariri and his allies fought against it. Hizbullah was willing to risk losing a few seats in return for the election of some of its allies from different sects, while Hariri knew that his broad coalition in parliament would lose substantially because most of his Christian MPs were elected in specially-designed districts where the majority Muslims vote for Christian and Muslim MPs.

The design of electoral districts is not a simple matter in Lebanon because the system has to balance different political interests with a sectarian arithmetic formulae (which is incorporated into the political system of the country). For example, the top posts of government (presidency, speakership, and prime ministership) are distributed among Maronites, Shi`ites, and Sunnis respectively.

Elections to the 128-seat Lebanese parliament must split seats evenly between Christians and Muslims though Muslims surpassed Christians demographically long before the 1975 civil war. It is estimated that Christians are now no more than a third of the population. There is a quota for Christians in the Lebanese parliament that keeps up the pretense that they are half the population no matter how different the demographic reality. In fact, the Lebanese state refuses to conduct a census for fear of upsetting Christians. The last census was conducted in 1932.

So Lebanese leaders agreed on a new electoral law that would mix the proportional representation system with the single-member district. They arrived at a law which divided Lebanese governorates as electoral districts but then gave the voter the choice to rank one candidate on the electoral list as his/her “favored” candidate, which basically prioritized sectarian preferences of voters. The whole purpose of proportional representation was defeated.

The law was quite complicated and the low voter turnout (around 49 %, less than the 2009 election) seems to confirm that many voters and even Interior Ministry experts did not fully understand the rules. The low turnout can also be explained by the low level of enthusiasm among voters and the diminished sense of expectations for change. Furthermore, sectarian leaders in Lebanon suppress the vote by not allowing 18-year-olds to vote. If they did it’s estimated that it would substantially increase the Muslim voters—especially Shi`ites.

Part Two will look closely at the election’s winners and losers and what it means.

← Our Dad’s Pledge to You, the Reader
Bolton Flunky Fleitz Raises Stakes for Iran →