Instead of addressing demands for social progress, such as single-payer insurance, Democratic leaders find it much easier and more comfortable to denounce Trump. But it’s not working, as Norman Solomon explains.

With six months to go before the midterm election, recent national polls are showing that the Democratic Party’s much-touted momentum to gain control of the House has stalled. The latest numbers tell us a lot about the limits of denouncing Donald Trump without offering much more than a return to the old status quo.

Under the headline “Democrats’ 2018 Advantage Is Nearly Gone,” CNN on May 9 reported that nationwide polling found “the generic congressional ballot has continued to tighten” — “with the Democrats’ edge over Republicans within the poll’s margin of sampling error for the first time this cycle.”

With so many gerrymandered districts as well as widespread voter-ID laws and other GOP-engineered voter suppression, Democrats will need a substantial margin in vote totals to prevent Republicans from retaining a majority in the House of Representatives. (The prospects are worse in the Senate, where Democrats are defending a lopsided number of seats this year.)

While “47 percent of registered voters say they back the Democratic candidate in their district, 44 percent back the Republican,” according to CNN. “Voters also are divided almost evenly over whether the country would be better off with the Democrats in control of Congress (31 percent) or with the GOP in charge (30 percent). A sizable 34 percent — including nearly half of independent voters (48 percent) — say it doesn’t matter which party controls Congress.”

The CNN survey comes on the heels of other grim national polling. A recently released Reuters poll concluded that “enthusiasm for the Democratic Party is waning among millennials.”

“The online survey of more than 16,000 registered voters ages 18 to 34 shows their support for Democrats over Republicans for Congress slipped by about 9 percentage points over the past two years, to 46 percent overall,” Reuters reported. “And they increasingly say the Republican Party is a better steward of the economy.” 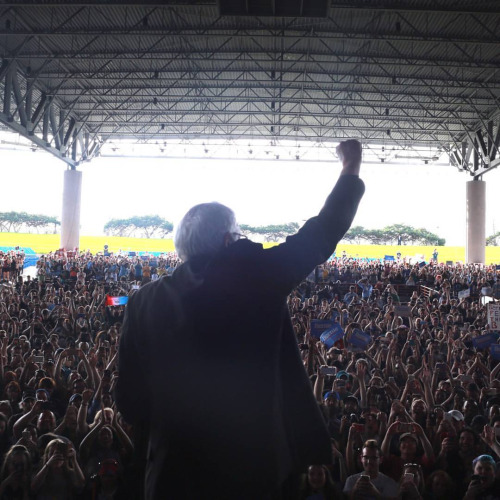 Young people overwhelmingly supported Bernie Sanders during his 2016 campaign for president. With their votes in Democratic Party primaries and caucuses two years ago, the young showed that they want truth about the destructive effects of corporate power — and forceful action against its manifestations, whether economic injustice or climate change.

Overall, the latest generation of adults is negative about the demagogue in the White House. But most Democratic leaders aren’t offering a clear and compelling alternative. As Reuters put it, “Although nearly two of three young voters polled said they do not like Republican President Donald Trump, their distaste for him does not necessarily extend to all Republicans or translate directly into votes for Democratic congressional candidates.”

Six months ago, the independent report Autopsy: The Democratic Party in Crisis pointed out that young people “increasingly want politics to be for something profoundly positive rather than just against Republicans.” As a member of the task force that worked on the report, I was struck by how the top echelon of the Democratic Party keeps trying to insulate itself from — and fend off — the tremendous energy that mobilized behind Sanders during the primaries.

In short, the Democratic Party is still dominated by elected officials and power brokers who appear to be deeply worried that a future progressive upsurge of political engagement could loosen — or even end — their corporate-funded grip on the party. As the Autopsy report said, “Emerging sectors of the electorate are compelling the Democratic Party to come to terms with adamant grassroots rejection of economic injustice, institutionalized racism, gender inequality, environmental destruction and corporate domination. Siding with the people who constitute the base isn’t truly possible when party leaders seem to be afraid of them.”

The Sanders campaign was “mostly propelled by millennials,” the report noted, and the campaign “turned what conventional wisdom had pegged as an obscure, 2-percent campaign into a photo finish with the establishment’s preferred candidate. Once the nomination was settled, much of this grassroots energy dissipated as the Clinton campaign declined to adopt positions like single-payer health care and free public college that resonated with young voters.” 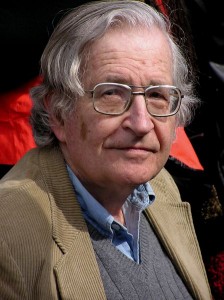 Those kinds of positions have gained some traction in the aftermath of 2016, but they still have a steep climb in the hidebound upper reaches of Democratic Party power. For the people atop the party, it’s so much easier and more comfortable to selectively denounce Trump — while opposing genuinely progressive agendas that would really challenge income inequality or take aim at the warfare state’s bloated budget or cross up the big donors who funnel vast quantities of money into the party.

With the world facing the dual threats of climate change and nuclear holocaust, it’s no exaggeration when Noam Chomsky describes the present-day Republican Party as “the most dangerous organization in human history.” The latest national polling reflects the reality that Democrats’ feeble partisan maneuvers are ill-suited to ousting the Republicans from power. Methodical grassroots organizing will be necessary — to bring down the GOP’s deranged leadership, and to defeat the forces of corporate power and militarism that continue to hold sway at the top of the Democratic Party.

← Hillary Clinton is Now a Victim of ‘Socialists’
Delusions and Genocide: A Reply to Diana Johnstone  →