A new feature from Iran gives a totally different perspective of the war raging in Syria than Western audiences are used to, explains Rick Sterling.

West against East on the Syrian battle-field, in the newspapers and now on film: A new, full-length action movie, titled “Damascus Time,” gives an Iranian perspective on the battle against ISIS in Syria.

Syrian and Iraqi actors play Syrian civilians and ISIS terrorists hell bent on blowing up the plane or using it on a suicide mission against Damascus. 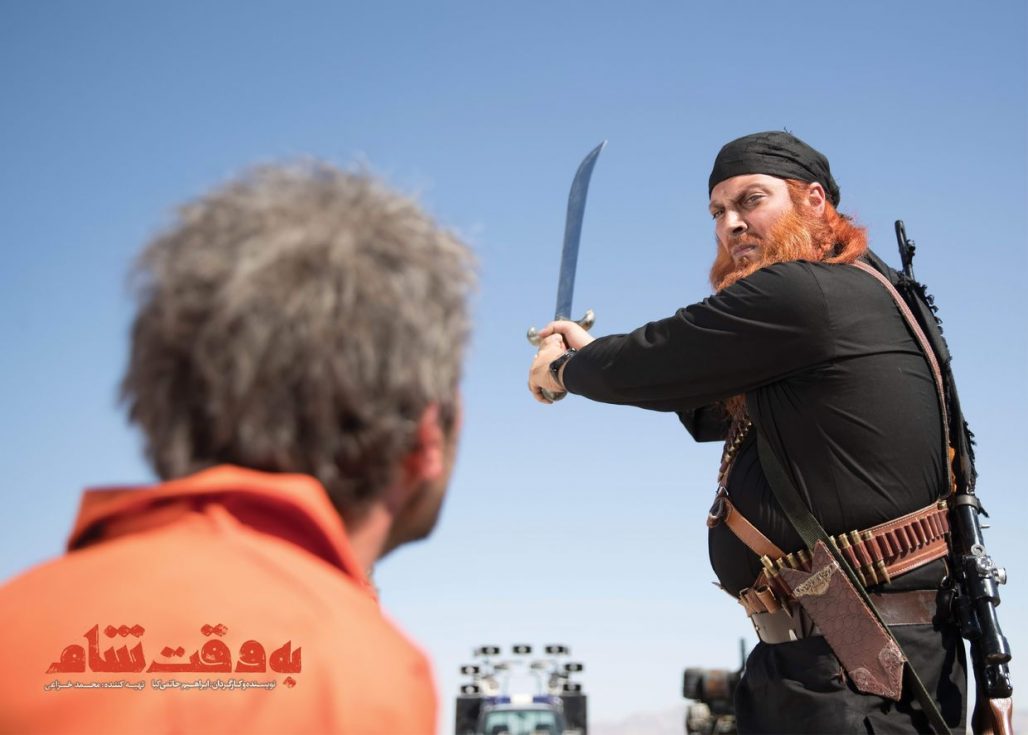 The movie portrays sensational scenes from real ISIS atrocities with a backdrop showing the Syrian desert and famous ruins of Palmyra. The city where civilians are surrounded and besieged is similar to the Syrian city of Deir ez-Zor, which was surrounded and attacked by ISIS for years. During that time, the townspeople and soldiers depended on air-dropped food and ammunition to hold off the attackers, as shown in the movie.

“Damascus Time”’s starkly sensational scenes are drawn from real ISIS atrocities. The jihadists display a human side, but they are wrapped in sectarianism, hate and violence.

Life’s complexities are demonstrated in the younger of the two Iranian pilots who has left his pregnant wife to be with his father. The mother-in-law of the young pilot bitterly criticizes him for leaving his wife. He tells her it will be his last trip.

While the story is fiction, what it portrays is all too real: Hundreds of thousands of real Syrians and Iraqis have been killed by the unleashing of the ISIS Frankenstein. Ironically, American leaders criticize Iran for being the “leading state sponsor of terrorism.” But in the Syrian war, Iran has been combatting it. Iran is more tolerant than most Westerners think too, as indeed Islam is. How many know for instance that Jews are represented in the Iranian parliament?

In reality, the U.S. and UK have allied for decades with extremists for short-term political gain. As documented in “Devil’s Game: How the U.S. Helped Unleash Fundamentalist Islam,”by Robert Dreyfuss, Britain and the U.S. promoted a violent and sectarian wing of the Muslim Brotherhood to undermine the nationalist and socialist policies of Gamal Abdel Nasser in Egypt. Starting in 1979, the U.S. and Saudi Arabia promoted the founders of what became Al Qaeda to attack the socialist-leaning government of Afghanistan. 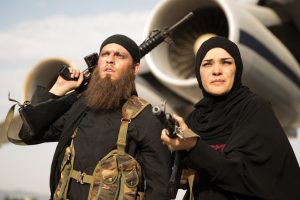 Hell bent on blowing up the plane.

This policy has continued to the present. In the summer of 2012, the U.S. Defense Intelligence Agency outlined their strategy in a secret document : “THERE IS THE POSSIBILITY OF ESTABLISHING A DECLARED OR UNDECLARED SALAFIST PRINCIPALITY IN EASTERN SYRIA (HASAKA AND DER ZOR).”The U.S. looked favorably on what the document predicts will be the creation of the “Islamic State”: “THIS IS EXACTLY WHAT THE SUPPORTING POWERS TO THE OPPOSITION WANT, IN ORDER TO ISOLATE THE SYRIAN REGIME…”.

Then, in a leaked audio conversation with Syrian opposition figures in September 2016, then Secretary of State John Kerry said the U.S., rather than seriously fight Islamic State in Syria, was ready to use the growing strength of the jihadists to pressure Assad to resign, just as outlined in the DIA document.

“We know that this was growing, we were watching, we saw that Daesh [a derisive name for Islamic State] was growing in strength, and we thought Assad was threatened,” Kerry said. “We thought however we could probably manage that Assad might then negotiate, but instead of negotiating he got Putin to support him.”

Russia began its military intervention in late September 2015 without the United States, with the Kremlin’s motives made abundantly clear by Vladimir Putin and other Russian officials. But such clear explanations are rarely reported clearly by Western corporate media, which instead peddles the line from officials and think tanks that Russia is trying to recover lost imperial glory in the Middle East. 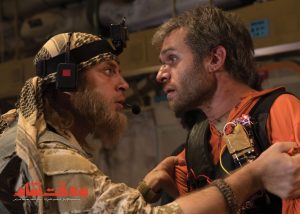 But Kerry knew why Russia intervened. “The reason Russia came in is because ISIL [another acronym for Islamic State] was getting stronger, Daesh was threatening the possibility of going to Damascus, and that’s why Russia came in because they didn’t want a Daesh government and they supported Assad,” he said in the leaked discussion. Kerry’s comment suggests that the U.S. was willing to risk Islamic State and its jihadist allies gaining power in order to oust Assad.

The true “state sponsor of terrorism” is not Iran; it is the West and their allies. Since Iran has been fighting ISIS and other extremists in Syria, it is appropriate that the first feature length movie depicting that battle against terrorism and ISIS comes from Iran.

The movie is currently being shown at cinemas throughout Iran. In recent weeks it was the second highest ranking movie. A trailer of the film can be viewed here. It should be available for viewing in the West in the near future, unless western sanctions and censorship are extended to culture.

Rick Sterling is an investigative journalist based in the San Francisco Bay Area.

He can be contacted at rsterling1@gmail.com

38 comments for “An Iranian Viewpoint on the Battle for Syria”