How the Americans and the British “tortured some folks” and got away with it, as Annie Machon explains.

It was with some disbelief that I read of two torture-related stories emerging around the same time last week. The first was about the legal victory of Abdul Hakim Belhaj, Libyan dissident, kidnap victim of MI6 and the CIA, and torture victim of Colonel Gaddafi. UK governmental apologies were finally made and reparation paid. For once justice was seen to be done and the use of torture condemned.

Meanwhile, across the pond last week the reverse side of the same coin was on full disgusting display. Our American chums are in the process of attempting to appoint an alleged notorious torturer as the head of the CIA.

While nominee Gina Haspel had soft-ball questions lobbed at her by a tame pack of senators at her confirmation hearing, retired CIA senior analyst, former presidential briefer, and now justice activist, Ray McGovern, stood up and said what the Senators knew, but would not say: namely that she supervised — directly, on site — the waterboarding of Al Nashiri, who had been kidnapped and brought to the first secret CIA prison abroad (in Thailand) for “interrogation.” McGovern was dragged out by four burly police, thrown to the ground, and injured when additional police piled on. Here is a link to the video of this assault.

By juxtaposing these two incidents I am not trying to make the point that the UK is morally better than the USA when it comes to torture over the last 17 years – manifestly it has not been – but certainly in the time I served in MI5 in the 1990s the use of torture was verboten. Partly for ethical reasons, but mainly because the British Deep State had learned to its cost how counter-productive the use of torture and illegal imprisonment could be during the early stages of the bitter civil war in Northern Ireland in the 1970s. 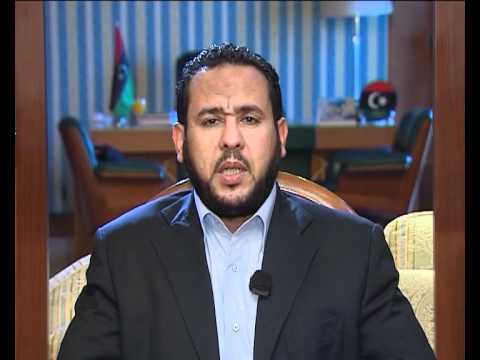 Belhadj: Turned over for torture.

Unfortunately those hard-won lessons were generational, and that peer group began to retire in the late 1990s. As a result, come the aftermath of 9/11, when the USA lurched down a path of harsh military retaliation, illegal war, kidnapping and torture, the compliant British intelligence agencies followed helter-skelter down the same path, all in the name of the special intelligence relationship.

So, back to the Belhaj case. To get to the root of this I shall need to transport you back to 1995. Although the US-funded Mujahideen in Afghanistan was by then morphing into al- Qaeda and had just about hit the radar of MI5 as an emergent, if regional threat, peace seemed to be breaking out all over the world: the Cold War was officially over, a peaceful resolution to the civil war in Northern Ireland was in the making, and there even seemed to be some progress with the running political sore that is Palestine and the Israeli occupation, with the Oslo Accords of 1993.

However, Libya – at that time a “rogue” nation – was still on the Western intelligence hit list. This was partly because it was suspected by the UK government to have been behind the Lockerbie bombing in 1988 and the search for the perpetrators was a top level priority for MI6 in which it had failed for years to make any progress, and partly because Gaddafi had largely closed the huge Libyan oil reserves to Western oil companies.

Worth a Ton to MI6

So when, in 1995, a Libyan military intelligence officer (subsequently codenamed TUNWORTH) walked into the British embassy in Tunis and asked to speak to the resident spook, MI6 leapt at the chance to get rid of Gaddafi, solve the Lockerbie case, and allow Britain and its allies to once again plunder the vast Libyan oil reserves.

TUNWORTH had a group of “rag-tag Islamist extremists” to carry out this coup attempt, and wanted support and money from MI6, which was quickly offered. The attack was illegal under UK law, which required a ministerial sign-off before such an operation, and then it went wrong, killing innocent people. How much heinous could it get? Here is the full account of this failed coup attempt.

So how does this fit in with Abdul Hakim Belhaj? Well, it turns out he was the co-founder of the Libyan Islamic Fighting Group (LIFG), the very organisation that MI6 had funded for this attack. As a result, he was a wanted man in Libya. And after Gaddafi’s return to the international fold following his notorious deal in the desert with then-UK Prime Minister, Tony Blair, in 2004, Belhaj was the gift from MI6 that sealed the deal.

Belhaj was subsequently held in the notorious Abu Selim prison for the next six years where he was repeatedly and hideously tortured. He was finally released under an amnesty brokered by Gaddafi’s son and heir, Saif al-Islam, in 2010. 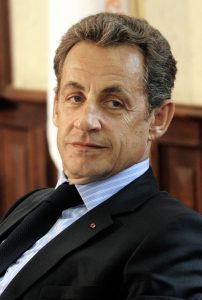 That could have been the end of it, except the West made a catastrophic decision to once again try to depose Colonel Gaddafi in 2011. This time the charge was led not by the USA but by France and its P\president at the time, Nicolas Sarkozy, but ably backed up by the ever-reliable UK and USA, in a “humanitarian intervention” to protect the citizens of Islamist Benghazi – which by the way was not under direct threat at the time. Another fabricated excuse for a Western war of aggression.

(As a side note, Sarkozy is currently under investigation for illegally accepting five million euros from Gaddafi to fund his bid for the French Presidency in the 2007 election, and in the same year Gaddafi was awarded a full state visit to France.)

The ‘Deal in the Desert’

This time the West achieved openly and shamelessly, in the gaze of the world’s media, what they had failed to do shamefully and in secret in 1996: it toppled Gaddafi, who was caught, brutalised and buggered with a bayonet, murdered, and his mutilated corpse left on display for days. His son, Saif al-Islam was captured, tortured and imprisoned. He is now free and re-entering the political fray in Libya.

In the chaos that followed the overthrow of Gaddafi, Human Rights Watch staff made it to Libya and found a cache of documents left in the office of notorious intelligence chief, Musa Kusa, who had fled the country initially to the UK and then fled on to Qatar.

Amongst these documents was a letter from the MI6 Head of Counter-Terrorism, Sir Mark Allen, dated from 2004. He had helped facilitate the “deal in the desert”, and wrote a congratulatory letter to Musa Kusa about being able to help facilitate the capture of Belhaj, and effectively to see him as a “gift” to the Libyan regime in 2004, as a gesture of good will.  Here is an excerpt from Allen’s letter to Musa Kusa, submitted by Belhaj’s lawyers:

“I congratulate you on the safe arrival of [Mr Belhaj]. This was the least we could do for you and for Libya to demonstrate the remarkable relationship we have built over recent years…..Amusingly, we got a request from the Americans to channel requests for information from [Mr Belhaj] through the Americans. I have no intention of doing any such thing. The intelligence about [Mr Belhaj] was British… I feel I have the right to deal with you direct on this”.

Because of that good will, the Gaddafi regime fatally trusted its new relationship with the West; and a man and his pregnant wife suffered, and the country as a whole continues to suffer immensely from the ensuing civil war that followed Gaddafi’s assassination..

The court case last week in the UK was a victory for them. Belhaj himself, despite successive UK governments offering one million pounds to drop the case, has always stated that he only required £1, plus an acknowledgement and apology from the UK government about what happened to him. This week he finally received it.

For her ordeal, his wife accepted half of the amount offered. The three UK key players – Blair, Foreign Secretary Jack Straw, and MI6 Sir Mark Allen naturally have yet again not been called to account. Not a blemish to their reputations….

So are we likely to see the same admission of guilt from the instigators of the US torture programme?

Far from it. Even if Gina Haspel is not confirmed by the full Senate, the fact she was even considered for the post of heading the CIA is utterly shameless. As was the disgusting treatment of CIA pensioner and peace protester, Ray McGovern.

24 comments for “A Tale of Two Tortures”