Bashar Asad sought closer relations with the West but the U.S. was planning to remove him as early as 2006, eventually leading to war in Syria, says As’ad AbuKhalil in the second & last part of this Consortium News commentary.

You can read part one here.

Bashar Al-Asad did not intend to declare enmity with the U.S. when he took over from his father in 2000. On the contrary, he was keen on impressing Western leaders and governments, and incorporated many of the Western-promoted economic “reforms” ( a mere code word for neo-liberal policies which dismantle state social programs, end subsidies to the poor, and initiate privatization plans which benefit MNCs).

Bashar also continued a previous regime policy of security-intelligence cooperation with the U.S., especially since Syrian intelligence kept comprehensive files on Islamists after their past anti-regime activities (with the support of the Jordanian government by the admission of King Husayn in December 1985). Bashar was keen on pleasing Western powers perhaps in the hopes of obtaining Western investment and political pressure on Israel over the occupied Golan Heights.

Hoping most likely to ingratiate himself with Western powers, Bashar accepted the Saudi peace plan ( or so-called “Arab Peace Plan,” the name which came to then Crown Prince Abdullah bin `Abdul-`Aziz’s mind upon meeting New York Times columnist Thomas Friedman). Bashar not only gave the Syrian regime’s approval, but pressured the Lebanese to approve the plan as well, despite the misgivings of then President Emile Lahoud. The plan was later officially adopted (on behalf of the Arab people) in the Beirut Arab League summit in 2002.

September 11 had hit shortly after Bashar’s ascension to the presidency. A list of U.S. demands was then handed to him by then Secretary of State Colin Powell. The Americans were unhappy with Syrian violations of the cruel, U.S.-imposed sanctions on Iraq, as well as the Syrian regime’s support for Hamas and Hizbullah. At the behest of Israel, the U.S. kept demanding that Hamas be expelled from Syrian territory.

The crisis in U.S.-Syrian relations peaked after the 2003 invasion of Iraq, when Washington objected to the Syrian role in allowing fighters—both Islamist and Ba`thist—to cross the Syrian-Iraqi border to attack U.S. troops. One knowledgeable Syrian reporter described to me the Syrian policy at the time. He said Damascus sometimes allowed fighters to slip into Iraq, and other times they would arrest them to please the Americans. 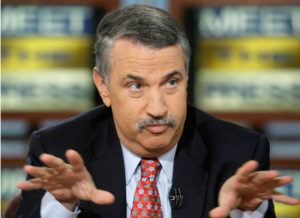 The Syrian regime clearly knew its survival hinged on the failure of the U.S. occupation in Iraq, especially when U.S. officials made it very clear, in the exuberance that accompanied the preparation for the invasion, that Syria and Iran would be next on the U.S. list of regimes to overthrow. It is not clear exactly when the U.S. took the decision to bring down the Syrian regime but it was certainly well before the outbreak of the 2011 Syrian uprising.

The U.S. plot against Syria, however, doesn’t imply that the hundreds of thousands of Syrian protesters who took to the streets in 2011 were agents of foreign powers. Far from it: there were real and legitimate reasons for the Syrian people to protest against the regime and to demand real change. The republican Ba`thist coup of 1970 developed in time into a full-blown family dynasty, and the corruption of the regime was pervasive, while the early, (theoretical) ideological championing of the working classes had been long forgotten. And the regime did not relax the hold of the intelligence apparatus. The slight political freedoms promised by Bashar were soon discarded.

But long before Syrians protested, the U.S. government had been planning regime change. Time magazine reported as early as 2006: “The Bush administration has been quietly nurturing individuals and parties opposed to the Syrian government in an effort to undermine the regime of Bashar Assad. Parts of the scheme are outlined in a classified, two-page document that says that the U.S. already is ‘supporting regular meetings of internal and diaspora Syrian activists’ in Europe. The document bluntly expresses the hope that ‘these meetings will facilitate a more coherent strategy and plan of actions for all anti-Assad activists‘”. The document also spoke of supplying “at least one Syrian politician” with money.

It was rather clear as soon as the protests started in 2011 that the U.S. embassy in Syria was heavily involved in the affair. Ambassador Robert Ford was not even trying to hide his active political role (a role that would have gotten any Arab ambassador kicked out of the U.S. if undertaken on U.S. territory). Anti-Hizbullah slogans raised by a few protesters in the first days of the uprising (Hizbullah had not even mentioned Syrian protests at that point) seem to have been the work of a covert foreign operation. Similarly, the sight of anti-Hizbullah demonstrators in recent Iranian protests were so quickly captured and disseminated by Western media and portrayed as the reason for the entire protest, which had its own indigenous causes. It is likely that U.S. heavy involvement in Syrian affairs actually helped the regime and provided it with pretexts to crack down against civilian protests.

The Myth of Obama’s Retreat

We are now accustomed to hearing that the Obama administration had “retreated” from the Middle East. This line was initially produced by Saudi regime propaganda, and then captured by the Saudi/UAE-funded think tanks in Washington before it was adopted by Western media. It is now the official U.S. media and think tank line about Obama’s foreign policy in the Middle East. The notion that the Obama administration “retreated” from the region is belied by a record of heavy involvement and expansion of wars in the Middle East and North Africa. Obama expanded all the wars he inherited from the Bush administration with the exception of the occupation of Iraq occupation after objections from Baghdad, though that was partially reversed after ISIS took over large swaths of Iraqi territory. Obama also intensified covert operations, assassinations and drone warfare. 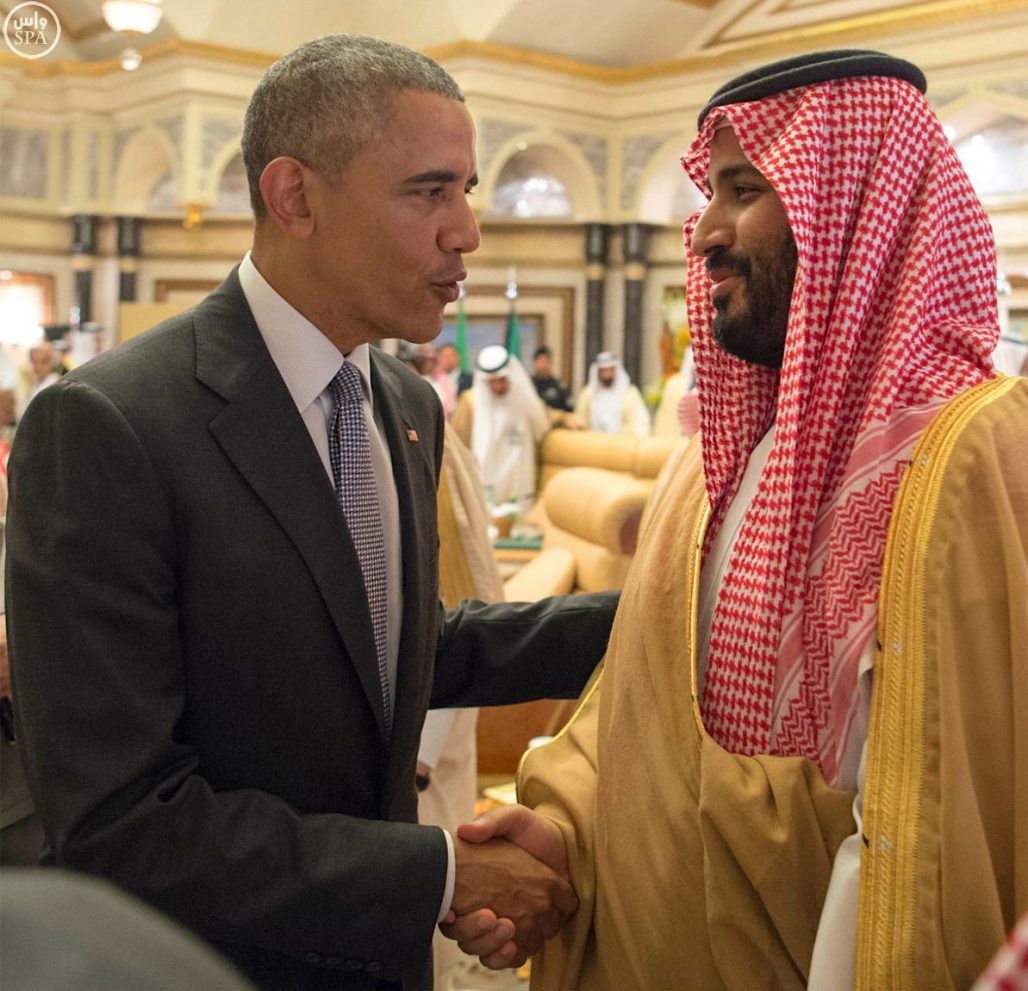 Obama with MBS: Saudi myth of his retreat.

In Syria, Obama ultimately did not refrain from intervening by supplying various rebels with arms, money, and equipment. He just didn’t share the high regard for the jihadists nor did he support direct U.S. intervention that many of his advisors, such as Hillary Clinton and John Kerry, did. The New York Times reported that Gulf regimes received Obama administration consent before delivering arms to Syrian rebels. The notion, later raised, that the U.S. did not notice that Qatar had supplied some Syrian rebels with MOPADs is not believable.

By 2012, the U.S. knew that “most” of the arms shipped from Qatar and Saudi Arabia wound up in the hands of jihadi rebels. The myth of moderate Syrian rebels was almost an inside joke: no one really believed that the rebels were largely moderate nor that they were all controlled either by two woman from Damascus or by men in suits in Istanbul. This fiction was necessary to keep the war going and to win the sympathy of Western public opinion, an effort that was largely successful with the help of heavily funded Western public relations and lobbying firms paid for by Gulf monarchies.

Obama, typically, had it both ways: he would express doubts about the value of arming the Syrian rebels and would question their moderation, while authorizing shipments of money and arms and allowing the CIA and the Pentagon to train those same rebels (after screening them, of course, which amounted to asking each rebel whether he is a moderate or a radical).

The U.S. was heavily involved in the first major operation to arm the rebels and take the Syrian conflict in a bloody direction. The notion that the rebels were all moderate and secular but that they were radicalized by regime oppression was never proven, and it is not even believable. That secular and moderate protesters would suddenly grow beards and adopt the ideology of Al-Qai`dah or its splinter, ISIS, is too absurd a scenario to be taken seriously—but it was a convenient story for Western and Gulf media.

It was from Lebanon that the U.S. ran its first major operation to aid Syrian rebels and change the nature of the conflict in Syria from protests against the regime to a civil war. When the U.S. saw the regime was not falling as quickly as the Libyan, Tunisian, or Egyptian regimes had, it sought a quick end especially because of Israel’s stake in the outcome. In addition to a Jordan-based operation by U.S. and Saudi intelligence to aid the rebels, major arms smuggling operations were launched through the Lebanese “Fir` Al-Ma`lumat” (a Lebanese intelligence apparatus run by the Hariri family, and managed by U.S. and Saudi intelligence). The Hariri camp’s direct involvement in Lebanon was revealed in intercepted audio tapes in which a Hariri member of parliament, `Uqab Saqr, was heard responding to Syrian rebel’s demands for shipments of arms. 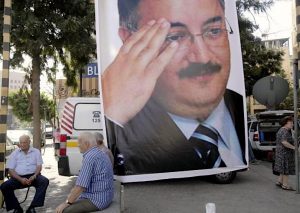 Wisam Al-Hasan (the head of the Hariri-contolled intelligence apparatus) was arming and training militants from Tripoli and the Biqa` region to send to Syria along with large shipments of arms. (The Economist noted his role back in 2013). Al-Hasan’s role was uncovered in Lebanon and he was assassinated in 2012 (his last foreign trip was to Washington, where he met the CIA director himself, David Petreus). Also, Lebanese authorities had intercepted a ship, the Lutfallah II, at the port of Tripoli in north Lebanon. It had a load of arms (from Libya) intended to be transferred to Syrian rebels. Tthe plan was initiated in the UAE and then reached Tripoli, a city was under the security control of Fir` Al-Ma`lumat.

It is highly likely that the U.S. threw its weight behind the regional effort by the GCC, Turkey and Jordan to topple the Syrian regime but the plan changed when the U.S. realized that the fall of the regime was more difficult than expected. Instead, the U.S. did what it has done before: allow various parties to engage in prolonged bloodletting for the benefit of its ally Israel. The U.S. had let the Iran-Iraq war drag on for eight years because it enjoyed watching two countries that it did not favor suffer and be distracted, while it did something similar in Lebanon: allowing the war to drag on for many years.

Furthermore, the story of U.S. involvement in the bloody war in Syria should note its reckless bombing (under the guise of the anti-ISIS coalition), which resulted in a large number of civilian casualties, but was—ironically—far less effective in defeating ISIS than the efforts of foes of the U.S. in Syria.

47 comments for “The (Unrecognized) US Contribution to Bloodshed in Syria, Part Two”