While European leaders have made noises that they will defy Donald Trump’s reneging on the Iran nuclear deal and resist U.S. sanctions, in the end the Europeans will give in to U.S., argues Alexander Mercouris in this commentary.

Ever since Donald Trump’s announcement that the U.S. would pull out of the Joint Comprehensive Plan of Action (“JCPOA”) with Iran and would unilaterally impose across-the-board sanctions on that country, a procession of European leaders including the leaders of the U.S.’s most powerful European allies – Britain, France and Germany – have publicly declared their intention to stand by the JCPOA.

There is also brave talk of the EU creating safeguards for European companies which in defiance of the U.S. continue to trade or do business with Iran.

President Rouhani of Iran – who has a big personal stake in the JCPOA, which he personally negotiated – has for his part said that Iran will for the time being abide by the terms of the JCPOA whilst it waits to see how Europe will react.

In the meantime the talk of the EU standing up to the U.S. over the JCPOA has increased talk – or hope – that a corner in U.S.-EU relations has been turned, and that the EU will henceforth increasingly defy the U.S., making Donald Trump’s decision to pull out of the JCPOA a further step in the decline of U.S. power.  These words of Craig Murray’s may stand as a good example:

“We are yet to see the detail, but by all precedent Trump’s Iran sanctions will also sanction third country companies which trade with Iran, at the least through attacking their transactions through U.S. financial institutions and by sanctioning their U.S. affiliates.

But at a time when U.S. share of the world economy and world trade is steadily shrinking, this encouragement to European and Asian companies to firewall and minimise contact with the U.S. is most unlikely to be long term beneficial to the U.S. In particular, in a period where it is already obvious that the years of the U.S. dollar’s undisputed dominance as the world currency of reference are drawing to a close, the incentive to employ non-U.S. linked means of financial transaction will add to an already highly significant global trend.

In short, if the U.S. fails to prevent Europe and Asia’s burgeoning trade with Iran – and I think they will fail – this moment will be seen by historians as a key marker in U.S. decline as a world power.”

I do not share these expectations or these hopes.

Whilst there is no doubt European leaders are deeply shocked by Trump’s announcement of a pullout from an international agreement in negotiating which the EU played a large part, I strongly doubt that they will find the courage or the willpower to defy the U.S. by in effect encouraging their companies to continue to do business with Iran. 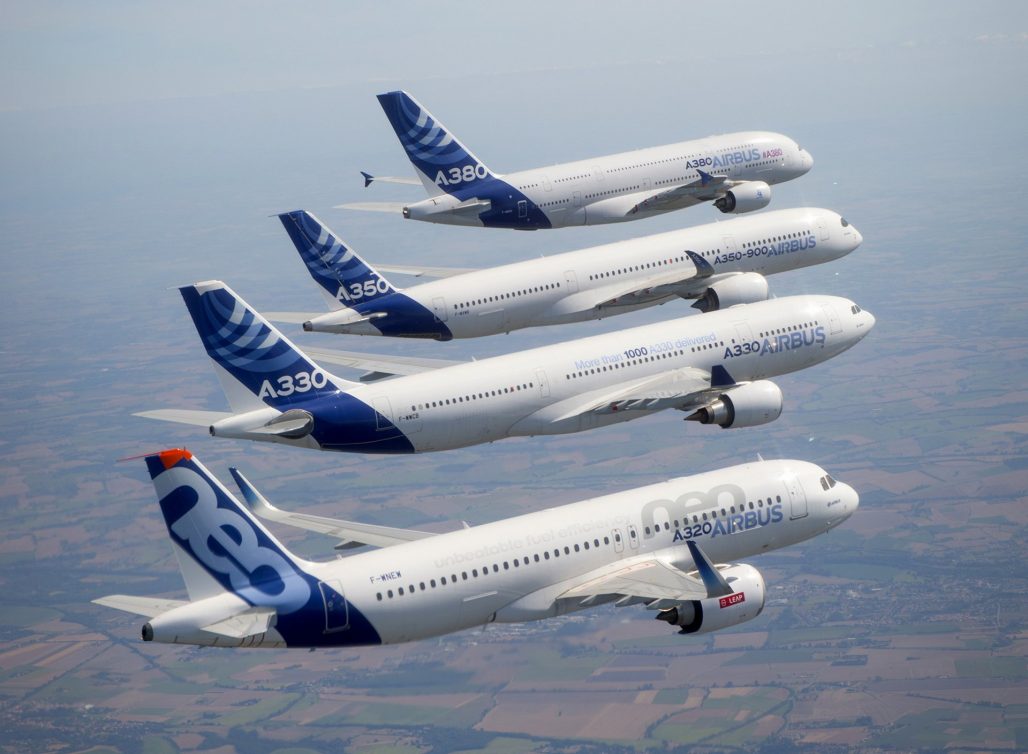 It should be said that even with such active encouragement it is unlikely in my opinion that big European companies like Daimler or Airbus will risk U.S. fines by continuing to do business with Iran.  Even if European governments were to guarantee them against any losses caused by such fines, they would worry about losing access to the U.S. market, which utterly dwarfs Iran’s.

Given the head of steam that has built up inside the Trump administration against Iran, only if the EU were to threaten publicly to impose reciprocal sanctions on U.S. businesses doing business in the European Single Market might there be a real possibility of the US being deterred from imposing penalties on European companies which continue to do business with Iran.

Frankly I think there is no prospect of that happening because there is no unanimity within the EU behind it (Poland and the Baltic States would certainly oppose it) whilst I am sure that even the big EU states – Britain, Germany, France, and Italy – would in the end be unwilling to risk an all out rupture with the U.S. on such an issue.

I am sure that the Europeans – angry though they certainly are – will therefore in the end knuckle down, and do as the U.S. tells them to do.

That almost certainly means that the JCPOA is doomed.  The Iranians have made clear that they will not stick with it if there are no economic benefits to them from doing so.  I expect within a few weeks – as it becomes increasingly clear that the EU is not prepared to defy the U.S. – that the Iranian nuclear programme will resume with a vengeance.

At that point the danger of a U.S., Israeli and Saudi attack on Iran will grow.

In fact this episode has been a profoundly humiliating one for Europe, exposing the extent of its powerlessness.

Not only did Trump ignore pleas to stand by the JCPOA from the U.S.’s closest European allies – Merkel, Macron and May – but he apparently did not even inform them in advance of the sweeping sanctions on Iran which he had decided to impose.

The European leader who has come out worst from this affair is France’s vain and foolish President Emmanuel Macron.

Macron appears to have genuinely believed that he had forged some sort of personal relationship with Trump, and that France’s contribution to the U.S.’s recent strike on Syria had made this bond even stronger.

In reality what Macron’s recent trip to Washington has done is simply expose the extent to which Trump and the U.S. take neither him nor France seriously.  All his pleas were ignored, whilst his fawning behaviour towards Trump apparently went down badly back home.

As for Angela Merkel, she at least avoided in her trip to Washington the disastrous optics of Macron’s visit.  She is far too skilled and experienced a politician to be caught out in that way.

However no-one should be in any doubt that it is Merkel’s disastrous leadership of Germany and of Europe which has brought Europe to this pass.

Merkel, Macron and May, Not Maggie

Ever since she became German Chancellor she has repeatedly sacrificed European and German interests in order to avoid rocking the boat with the U.S. 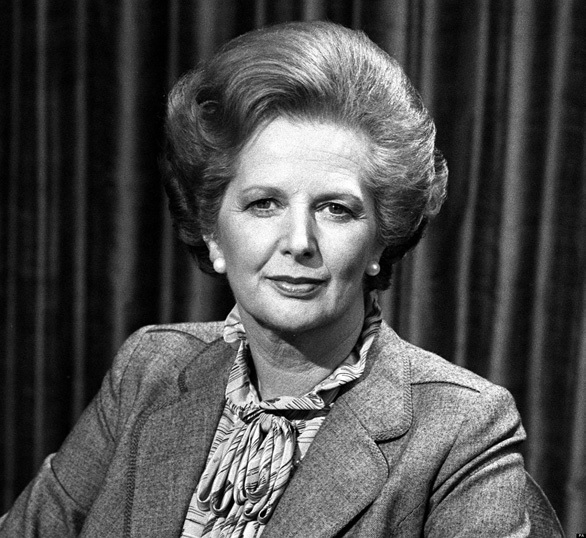 Thatcher: Stood up to U.S. sanctions.

In July 2014 she took the fateful step of supporting the U.S.’s demand for sectoral sanctions against Russia even though these were contrary to German economic interests, in effect legitimising the U.S. practice of imposing unilateral sanctions without the agreement of the UN Security Council.  That makes it all but impossible to see how she can realistically oppose such sanctions now.

The contrast with Margaret Thatcher – who in the 1980s vigorously opposed unilateral U.S. sanctions intended to block Russian pipeline projects – is instructive.

In fact European behaviour over the JCPOA has been a textbook case of appeasement.

Instead of telling Donald Trump that a unilateral withdrawal from the JCPOA would be contrary to international law – which it is – and that Europe would strongly oppose US withdrawal from an international agreement which was not only working but with which Iran is abiding, European leaders like Merkel, Macron and May instead told Trump that they agreed with him that the JCPOA was in some way “imperfect” and would have to be “improved”.

Needless to say that not only failed to persuade Donald Trump to stick with the JCPOA; it almost certainly emboldened him, convincing him that he is right to pull out of it.

Trump’s decision to pull out of the JCPOA and to impose sweeping unilateral sanctions on Iran will undoubtedly embitter European opinion against the U.S.  It is also likely to make Europe more resistant to any further U.S. pressure to ramp up sanctions against Russia.  Unlike trade with Iran, European and especially German trade with Russia is indispensable for the European and German economies, which explains why constant U.S. pressure on Germany to pull out of the Nord Stream 2 project has been resisted.

In the longer term this episode probably will harden further the anti-U.S. trend in voting on the part of European electorates, though it is worth pointing out that some of the right wing ‘populist’ European politicians who have benefitted from this process are not friends of Iran’s.

However in the immediate term Iran’s economic salvation as it finds itself under renewed sanctions pressure will come not from Europe but from Russia and China and the other Eurasian states.

This commentary originally appeared on The Duran.

Alexander Mercouris is a political commentator and the editor-in-chief of The Duran.

110 comments for “The EU Will Not Stand by Iran”