In this first of a two-part series, Paul Fitzgerald and Elizabeth Gould trace the origins of the neoconservative targeting of Russia.

By Paul Fitzgerald and Elizabeth Gould

The German newsmagazine Der Spiegel last September reported that, “Stanley Fischer, the 73–year-old vice chair of the U.S. Federal Reserve, is familiar with the decline of the world’s rich. He spent his childhood and youth in the British protectorate of Rhodesia… before going to London in the early 1960s for his university studies. There, he experienced first-hand the unravelling of the British Empire… Now an American citizen, Fischer is currently witnessing another major power taking its leave of the world stage… the United States is losing its status as a global hegemonic power, he said recently… The U.S. political system could take the world in a very dangerous direction…”

With the collapse of the Soviet Union in 1991 and the creation of the so called Wolfowitz Doctrine in 1992 during the administration of George Herbert Walker Bush, the United States claimed the mantle of the world’s first and only Unipower with the intention of crushing any nation or system that would oppose it in the future. The New World Order, foreseen just a few short years ago, becomes more disorderly by the day, made worse by varying degrees of incompetence and greed emanating from Berlin, London, Paris and Washington.

As a further sign of the ongoing seismic shocks rocking America’s claim to leadership, by the time Fischer’s interview appeared in the online version of the Der Spiegel, he had already announced his resignation as vice chair of the Federal Reserve—eight months ahead of schedule. If anyone knows about the decline and fall of empires it is the “globalist” and former Bank of Israel president, Stanley Fischer. Not only did he experience the unravelling of the British Empire as a young student in London, he directly assisted in the wholesale dismantling of the Soviet Empire during the 1990s.

As an admitted product of the British Empire and point man for its long term imperial aims, that makes Fischer not just empire’s Angel of Death, but its rag and bone man.

Alongside a handful of Harvard economists led by Jonathan Hay, Larry Summers, Andrei Shleifer, and Jeffry Sachs, in the “Harvard Project,” plus Anatoly Chubais, the chief Russian economic adviser, Fischer helped throw 100 million Russians into poverty overnight – privatizing, or as some would say piratizing – the Russian economy. Yet, Americans never got the real story because a slanted anti-Russia narrative covered the true nature of the robbery from beginning to end.

As described by public policy scholar and anthropologist Janine R. Wedel in her 2009 book Shadow Elite: “Presented in the West as a fight between enlightenment Reformers trying to move the economy forward through privatization, and retrograde Luddites who opposed them, this story misrepresented the facts. The idea or goal of privatization was not controversial, even among communists… the Russian Supreme Soviet, a communist body, passed two laws laying the groundwork for privatization. Opposition to privatization was rooted not in the idea itself but in the particular privatization program that was implemented, the opaque way in which it was put into place, and the use of executive authority to bypass the parliament.”

Intentionally set up to fail for Russia and the Russian people under the cover of a false narrative, she continues “The outcome rendered privatization ‘a de facto fraud,’ as one economist put it, and the parliamentary committee that had judged the Chubais scheme to ‘offer fertile ground for criminal activity’ was proven right.” 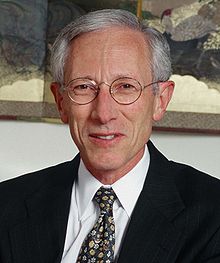 If Fischer, a man who helped bring about a de facto criminal-privatization-fraud to post-empire Russia says the U.S. is on a dangerous course, the time has arrived for post-empire Americans to ask what role he played in putting the U.S. on that dangerous course. Little known to Americans is the blunt force trauma Fischer and the “prestigious” Harvard Project delivered to Russia under the leadership of Boris Yeltsin during the 1990s. According to The American Conservative’s James Carden “As the Center for Economic and Policy Research noted back in 2011… ‘the IMF’s intervention in Russia during Fischer’s tenure led to one of the worst losses in output in history, in the absence of war or natural disaster.’ Indeed, one Russian observer compared the economic and social consequences of the IMF’s intervention to what one would see in the aftermath of a medium-level nuclear attack.”

Neither do most Americans know that it was President Jimmy Carter’s national security advisor Zbigniew Brzezinski’s 1970s grand plan for the conquest of the Eurasian heartland that boomeranged to terrorize Europe and America in the 21st century. Brzezinski spent much of his life undermining the Communist Soviet Union and then spent the rest of it worrying about its resurgence as a Czarist empire under Vladimir Putin. It might be unfair to say that hating Russia was his only obsession. But a common inside joke during his tenure as the President’s top national security officer was that he couldn’t find Nicaragua on a map. 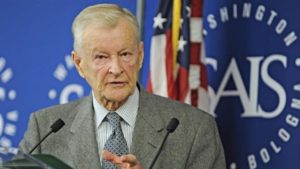 If anyone provided the blueprint for the United States to rule in a unipolar world following the Soviet Union’s collapse it was Brzezinski. And if anyone could be said to represent the debt driven financial system that fueled America’s post-Vietnam Imperialism, it’s Fischer. His departure should have sent a chill down every neoconservative’s spine. Their dream of a New World Order has once again ground to a halt at the gates of Moscow.

Whenever the epitaph for the abbreviated American century is written it will be sure to feature the iconic role the neoconservatives played in hastening its demise. From the chaos created by Vietnam they set to work restructuring American politics, finance and foreign policy to their own purposes. Dominated at the beginning by Zionists and Trotskyists, but directed by the Anglo/American establishment and their intelligence elites, the neoconservatives’ goal, working with their Chicago School neoliberal partners, was to deconstruct the nation-state through cultural co-optation and financial subversion and to project American power abroad. So far they have been overwhelmingly successful to the detriment of much of the world.

From the end of the Second World War through the 1980s the focus of this pursuit was on the Soviet Union, but since the Soviet collapse in 1991, their focus has been on dismantling any and all opposition to their global dominion.

Shady finance, imperial misadventures and neoconservatism go hand in hand. The CIA’s founders saw themselves as partners in this enterprise and the defense industry welcomed them with open arms. McGill University economist R.T. Naylor, author of 1987’s Hot Money and the Politics of Debt, described how “Pentagon Capitalism” had made the Vietnam War possible by selling the Pentagon’s debt to the rest of the world.

“In effect, the US Marines had replaced Meyer Lansky’s couriers, and the European central banks arranged the ‘loan-back,’” Naylor writes. “When the mechanism was explained to the late [neoconservative] Herman Kahn – lifeguard of the era’s chief ‘think tank’ and a man who popularized the notion it was possible to emerge smiling from a global conflagration – he reacted with visible delight. Kahn exclaimed excitedly, ‘We’ve pulled off the biggest ripoff in history! We’ve run rings around the British Empire.’” In addition to their core of ex-Trotskyist intellectuals early neoconservatives could count among their ranks such establishment figures as James Burnham, father of the Cold War Paul Nitze, Senator Daniel Patrick Moynihan, Senator Henry “Scoop” Jackson, Jeane Kirkpatrick and Brzezinski himself.

From the beginning of their entry into the American political mainstream in the 1970s it was known that their emergence could imperil democracy in America and yet Washington’s more moderate gatekeepers allowed them in without much of a fight.

Peter Steinfels’ 1979 classic The Neoconservatives: The men who are changing America’s politics begins with these fateful words. “THE PREMISES OF THIS BOOK are simple. First, that a distinct and powerful political outlook has recently emerged in the United States. Second, that this outlook, preoccupied with certain aspects of American life and blind or complacent towards others, justifies a politics which, should it prevail, threatens to attenuate and diminish the promise of American democracy.”

But long before Steinfels’ 1979 account, the neoconservative’s agenda of inserting their own interests ahead of America’s was well underway, attenuating U.S. democracy, undermining détente and angering America’s NATO partners that supported it. According to the distinguished State Department Soviet specialist Raymond Garthoff, détente had been under attack by right-wing and military-industrial forces (led by Senator “Scoop” Jackson) from its inception. But America’s ownership of that policy underwent a shift following U.S. intervention on behalf of Israel during the 1973 October war. Garthoff writes in his detailed volume on American-Soviet relations Détente and Confrontation, “To the allies the threat [to Israel] did not come from the Soviet Union, but from unwise actions by the United States, taken unilaterally and without consultation. The airlift [of arms] had been bad enough. The U.S. military alert of its forces in Europe was too much.” 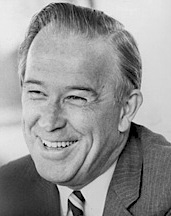 In addition to the crippling Arab oil embargo that followed, the crisis of confidence in U.S. decision-making nearly produced a mutiny within NATO. Garthoff continues, “The United States had used the alert to convert an Arab-Israeli conflict, into which the United States had plunged, into a matter of East-West confrontation. Then it had used that tension as an excuse to demand that Europe subordinate its own policies to a manipulative American diplomatic gamble over which they had no control and to which they had not even been privy, all in the name of alliance unity.”

In the end the U.S. found common cause with its Cold War Soviet enemy by imposing a cease-fire accepted by both Egypt and Israel thereby confirming the usefulness of détente. But as related by Garthoff this success triggered an even greater effort by Israel’s “politically significant supporters” in the U.S. to begin opposing any cooperation with the Soviet Union, at all.

Garthoff writes, “The United States had pressed Israel into doing precisely what the Soviet Union (as well as the United States) had wanted: to halt its advance short of complete encirclement of the Egyptian Third Army east of Suez… Thus they [Israel’s politically significant supporters] saw the convergence of American-Soviet interests and effective cooperation in imposing a cease-fire as a harbinger of greater future cooperation by the two superpowers in working toward a resolution of the Israeli-Arab-Palestinian problem.”

Coming Next, Part 2: The post WWII global strategy of the neocons has been shaped chiefly by Russo phobia against the Soviet Union and now Russia

Paul Fitzgerald and Elizabeth Gould are the authors of Invisible History: Afghanistan’s Untold Story, Crossing Zero The AfPak War at the Turning Point of American Empire and The Voice. Visit their websites at invisiblehistory and grailwerk.com

40 comments for “Turning on Russia”