After an outcry over the inclusion of the Anti-Defamation League as a lead member of Starbuck’s anti-racism training, the ubiquitous coffee shop backed down, as Marjorie Cohn reports for Consortium News.

After a video of the arrest of two African-American men sitting in Starbucks without buying anything went viral, Starbucks scheduled anti-racism training. But their inclusion of the Anti-Defamation League in the training provoked another outcry and Starbucks capitulated.

On April 12, Rashon Nelson and Donte Robinson were arrested for trespassing at a Philadelphia Starbucks. A manager called the police because the men, who had been in the coffee shop for just a few minutes, hadn’t bought anything.

Melissa DePino, a Starbucks customer who recorded the video of the arrest that went viral on social media, said, “These guys never raised their voices. They never did anything remotely aggressive . . . I was sitting close to where they were. Very close. They were not doing anything. They weren’t.”

In an attempt to avert a public relations disaster after the racist incident became public, Starbucks announced it would close most of its 8,000 locations on May 29 for racial bias training.

But, adding insult to injury, Starbucks included the Anti-Defamation League (ADL), with its notorious history of racism, as a primary participant in the anti-racism training.

Community outrage at ADL’s central role in the training was swift and strong. Starbucks demoted ADL to a consulting role, and named representatives of three prominent African-American-led civil rights organizations to lead the training.

After Starbucks had initially announced the composition of its anti-racism trainers, there was a powerful backlash in the civil rights community against ADL’s leadership role. 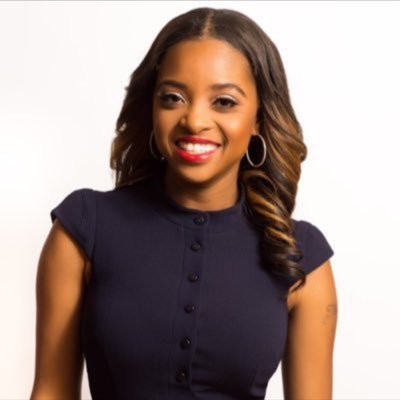 Tamika Mallory, co-chair of the Women’s March and Black Lives Matter, called for a boycott of Starbucks. Mallory, a nationally prominent organizer for gun control and women’s rights, and against police violence, is the 2018 recipient of the Coretta Scott King Legacy Award.

Mallory tweeted that Starbucks “is NOT serious about doing right by BLACK people!” because of the prominent role it gave ADL, which “is CONSTANTLY attacking black and brown people.”

Cat Brooks, co-founder of the Anti Police-Terror Project, said she agrees with Mallory. “You can’t be a piece of an anti-bias training when you openly support a racist, oppressive and brutal colonization of Palestine.”

Linda Sarsour, also co-chair of the Women’s March, wrote on Facebook that ADL is “an anti-Arab, anti-Palestinian organization that peddles Islamophobia and attacks America’s prominent Muslim orgs and activists and supports/sponsors US law enforcement agents to travel and get trained by Israeli military.”

Palestinian-American comedian, activist and professor Amer Zahr grew up in Philadelphia. Zahr told this reporter that ADL and the American Israel Public Affairs Committee (AIPAC) “were the architects of the anti-Arab and anti-Islamic industry in America for the last 50 to 60 years.”

Zahr said that “welcoming groups like ADL into the family of civil rights organizations . . . is a real slap in the face to Palestinians, Arabs and Muslims who have been the victims of ADL rhetoric for decades.”

Asked to respond to Starbucks’ decision, a spokesman for the ADL who was contacted refused to comment.

ADL was established in 1913 “to defend Jews, and later other minority groups from discrimination,” Robert I. Friedman wrote in 1993. It led the struggle against the Ku Klux Klan and the American Nazi Party, and supported the Civil Rights Movement in the 1960s. But in the late 1940s, “ADL spied on leftists and Communists, and shared investigative files with the House Committee on Un-American Activities and the FBI. The ADL swung sharply to the right during the Reagan administration, becoming a bastion of neoconservatism.”

In 1993, the San Francisco District Attorney released 700 pages of documents that implicated ADL in an extensive spying operation against US citizens who opposed Israel’s policies in the Occupied West Bank and Gaza, and apartheid in South Africa. ADL then passed the information to Israel’s Mossad and South African intelligence.

The documents revealed that ADL provided information to South African intelligence shortly before Chris Hani was assassinated. Hani was a leader of the African National Congress, which led the struggle against apartheid, and was considered the successor to Nelson Mandela. Hani was killed soon after returning from a speaking tour in California, where he had been spied on by ADL.

Fifteen civil rights groups and seven individuals filed a federal lawsuit against ADL in 1993 for violation of their civil and privacy rights by spying on them. Six years later, federal Judge Richard Paez issued an injunction permanently enjoining ADL from illegally spying on Arab-American and other civil rights organizations.

But ADL’s hateful activities continue. Jewish Voice for Peace (JVP) executive director Rebecca Vilkomerson said in an interview with Consortium News that ADL, which “calls itself a civil rights organization, is in truth playing a really damaging role in a number of communities.” She noted that ADL is “promoting and complicit in anti-Muslim, anti-Palestinian, anti-Black and anti-activist campaigns.”

Arielle Klagsbrun of the St. Louis JVP explained, “The ADL’s side is the side of police. As someone whose family members are Holocaust survivors, the lessons I learned from the Holocaust for today are that black lives matter and that we must stand against systemic racism.”

Soffiyah Elijah, executive director of Alliance of Families for Justice, said in an interview that if one were crafting a training program against anti-Semitism, you “wouldn’t go to the NAACP for sensitivity training,” adding, “as a Black person, I found [the inclusion of ADL] further insulting.”

Vilkomerson called ADL “one of the biggest purveyors” of exchanges between Israeli and US law enforcement, where American police go to Israel to learn “counter-terrorism” measures to be applied here. That encompasses “racial profiling, spying, mass surveillance and collective punishment.” 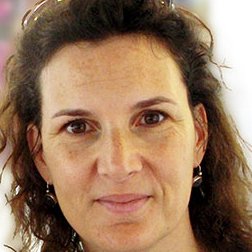 But “US police don’t really need a lesson in racism,” Vilkomerson added.

Starbucks Backs Down After Anti-ADL Backlash

JVP circulated a petition against inclusion of ADL, which garnered 11,000 signatures in 72 hours. According to Vilkomerson, the “enormous outpouring” on Twitter of opposition to ADL’s initial central role in the training and the “week-long pushback,” including JVP’s petition, led Starbucks to back down.

Starbucks issued a statement identifying the leaders of the training as: Bryan Stevenson, founder and executive director of Equal Justice Initiative; Sherrilyn Ifill, president and director-counsel of the NAACP Legal Defense and Education Fund; and Heather McGhee, president of Demos, a civil rights organization.

The three leaders “will provide advice, counsel, connections to other experts, and recommendations to Starbucks for the May 29 training, which will launch the multiphase effort for the company.”

Starbucks said it “will also consult with a diverse array of organizations and civil rights experts – including The Anti-Defamation League, The Leadership on Civil and Human Rights, UnidosUS, Muslim Advocates, and representatives of LGBTQ groups, religious groups, people with disabilities, and others.”

Starbucks will never say it publicly, but because of the huge public outcry about the ADL’s unyielding pro-Israel position, their refusal to condemn police violence, their incessant Islamophobia, and the convergence of all those retrograde positions in their active facilitation of US/Israeli police exchange programs, Starbucks had no choice but to demote them.

It was an “excellent outcome,” Vilkomerson said.

Marjorie Cohn http://marjoriecohn.com/is professor emerita at Thomas Jefferson School of Law, former president of the National Lawyers Guild, deputy secretary general of the International Association of Democratic Lawyers and an advisory board member of Veterans for Peace. The second, updated edition of her book, Drones and Targeted Killing: Legal, Moral, and Geopolitical Issues, was recently published.

← A Celebration of the Life of Robert Parry
Turning on Russia →