The time is right to revive the concept of “universal jurisdiction” — the idea that a person, whatever their nationality, can be called to account before the court of any civilized country for grave international crimes, argues Inder Comar.

In hindsight, it is almost too extraordinary: the leader of a Western-friendly government responsible for the deaths of thousands, and the torture of tens of thousands, arrested and brought to account for his crimes before a court and a judge.

But this is exactly what happened in 1998, when Judge Baltasar Garzon, a Spanish magistrate, issued an arrest warrant for the former dictator of Chile, Augusto Pinochet, while Pinochet was in the United Kingdom seeking medical treatment.

What happened next was a series of hearings that became known as  The Pinochet Case, and which ended with a stunning victory for human rights: Britain’s House of Lords deciding in 1999 that the arrest of Pinochet could proceed on the basis that his alleged international crimes violated human rights norms.

Pinochet received a reprieve from then British Home Secretary Jack Straw, who decided that Pinochet was too ill to stand trial, and permitted Pinochet to leave and go back to Chile.

But the moment could not be undone: an authoritarian leader who had committed terrible crimes was forced to account for them—somewhere.

Fast-forward two years to the events of 9/11.

The Excuse of Fighting Terrorism

Governments around the world, including the American government, have openly and earnestly used the excuse of terrorism to tear down an international human rights mandate that was growing of its own accord. It had produced an unthinkable amount of accountability over Pinochet—a former head of state who had been sponsored and defended by powerful Western governments despite his record of torture and murder.

In the so-called War on Terror, the global prohibition against torture, codified in the Convention Against Torture, was dismantled in favor of renditions, black sites, and cruel and inhuman treatment against people who were never accused of any crime, or someone like Khalid al Masri, a German national, who was taken into captivity and tortured (al Masri was, among other things, drugged and sodomized), but then let go because they had been kidnapped by the CIA by mistake. The European Court of Human Rights confirmed these findings in 2012.

Similarly, the global prohibition against indefinite detention, codified since at least Magna Carta, was discarded in favor of the legal black hole at Guantanamo Bay. Western governments did not just attack critical human rights—they abandoned them in their entirety. And not a single government leader has been called to account for the destruction of these inalienable human rights protections.

The time is right to revive the concept of “universal jurisdiction” — the idea that a person, whatever their nationality, can be called to account before the court of any civilized country for grave international crimes. 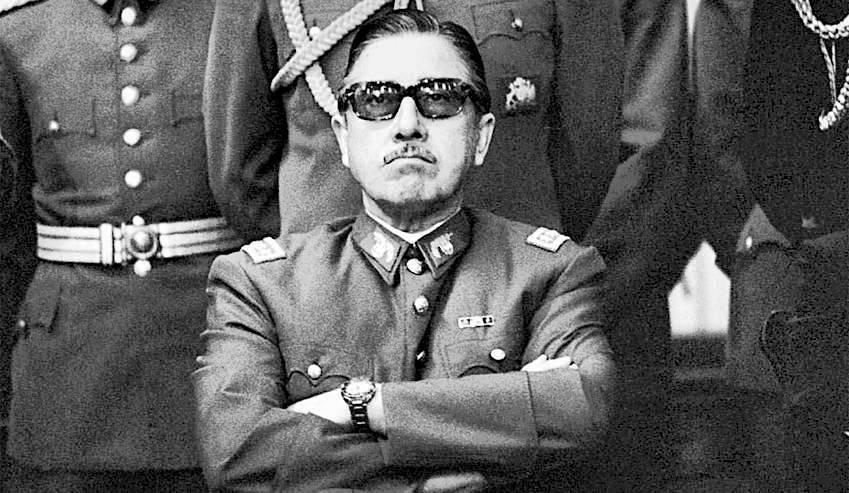 The Romans had an expression for those who had committed terrible offenses: hostis humani generis, or “enemies of civilization.” Modern law talks of pirates the same way, and most countries (including the U.S.) permit a type of universal jurisdiction over those who commit piracy.

But it is up to today’s lawyers and judges to extend this concept beyond pirates—to torturers, illegal aggressors, and war criminals, wherever they may be located.

Impunity over international crimes must be abolished if we are ever to live in a civilized, peaceful world. A world where every leader, of every nation, remains afraid of having to defend their international actions with a lawyer, before a judge.

If The Pinochet Case seems buried in the past, there is a reason for that. The powerful want the world to forget that not too long ago, a brave judge, empowered by brave victims, found a legal doctrine that was compelling enough to force courts in the Western world to hold a once-favored dictator to account for his crimes.

It opened the imagination to a world in which law could produce accountability over international crimes — and where law could theoretically prevent such crimes from taking place in the future. Every day people bore witness to a court investigating the conduct of a Western-backed dictator. And there was a real possibility of that dictator going to jail.

We should not forget The Pinochet Case, or the idea of universal jurisdiction. Lawyers and judges can act as agents of profound social change.

Think of the way the world would change if a brave set of victims, lawyers and judges opened investigations into drone warfare, the Iraq War, or the destruction of Yemen.

Think of the way the world would change if those victims, lawyers and judges could show how law could act as a civilizing, pacifying force—not simply a tool to be held against the weak, but a positive force for good that could hold and sustain civilization itself.

Judge Baltasar Garzon was removed from his judgeship in 2010, and today, he acts as a legal advisor to Julian Assange. Pinochet, upon his return to Chile, was eventually stripped of his immunity and charged with a variety of crimes. Pinochet died soon after his indictments, and before he could feel the scrutiny that comes from honest, civilizing law.

43 comments for “The Time is Now for Universal Jurisdiction”