If there’s any surprise that Senate Democrats, almost virtually indistinguishable from pro-war Republicans, are about to coalesce in support of the newest version of the AUMF, then you have seriously not been paying attention, says Renee Parsons.

The proposed Authority for the Use of Military Force of 2018 (AUMF) of 2018 would replace AUMF 2001 and repeal AUMF 2002 while it will codify an “uninterrupted authority to use all necessary and appropriate force in armed conflict” against  the Taliban, al Qaeda, ISIS and as yet unidentified “designated associated forces” who might “pose a grave threat to the US” in whatever country they occupy.

Since its adoption in 2001 within days of the 911 attack, the AUMF has served to justify every expansion of the US military’s role in the Middle East with every relevant Congressional oversight committee acting as little more than a syncopation of bobbing heads.

The AUMF 2018 offers no restriction on military ops and no expiration or sunshine date while it abdicates all Congressional statutory war making authority as defined in the Constitution to the executive branch with no meaningful oversight or accountability.

In other words, the AUMF 2018 represents a complete capitulation to the MIC in a permanent continuation of almost two decades of “forever war” ostensibly in the Middle East for future generations of American troops as the country is driven deeper into an indisputable ditch of financial insolvency and a wicked, amoral quagmire at home.

It has been fifty years since Congressional Democrats were in the vanguard of the anti-Vietnam war movement. Since the 1960’s few elected Democrats have dared challenge the party leadership to speak for peace or challenge any administration’s military interventionist policy and yet it is the Democratic party which claims the moral high ground. 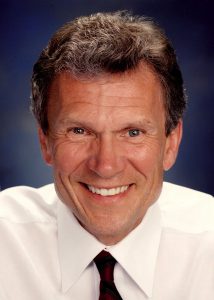 Still instructive is an analysis of the October, 2002 Congressional AUMF resolution approving GW Bush’s grotesque invasion of Iraq. The original AUMF was adopted by Congress three days after the 911 attacks with Senate Democratic Majority Leader Tom Daschle (SD) shepherding the resolution to enactment as its primary sponsor. The Senate approved the use of military force in Iraq with a 77 – 23 and House approval was on vote of 296 – 133. In both houses, Democratic ‘liberals’ provided the necessary cushion of support for the resolution which initiated the next 17 years of extreme civil devastation, death and destruction throughout the Middle East and a US indebtedness crisis that threatens a massive financial implosion.

And yet there appears to be no accountability aimed at those alleged ‘liberals’ still in office who continue to support funding for every Defense appropriations bill with no regard for any  consequences.

It may come as a shock to loyalist Democrats that the majority of every major war in the 20th Century was initiated and/or conducted under a Democratic president. WW I aficionados can thank Woodrow Wilson, the revered FDR took the US into WWII, the unprepared Truman allowed the use of atomic weapons on the civilian population of Nagasaki and Hiroshima before initiating the Korean War in 1950 and LBJ’s escalation in Vietnam became a metaphor for his Great Society. In the early 1990’s, with NATO acting as its proxy, the Clinton Administration initiated a military effort to break up the non-aligned socialist Yugoslavia ending the decade with ‘humanitarian bombing’ that devastated the civilian population while disintegrating the once-prosperous country.

On the other hand, former President Jimmy Carter, a volunteer with Habitat for Humanity since leaving office, can proudly assert that

“We kept our country at peace. We never went to war. We never dropped a bomb. We never fired a bullet.”

Most recently, is Barack Obama, who campaigned as a Constitutional scholar and whose fraudulent 2009 Noble Peace Prize was awarded prior to a bombing spree on seven Islamic countries.  During his eight years in office, Obama dropped over 26,000 bombs in his last year in office including a multitude of drone strikes, established a Tuesday morning assassination list and began war in four countries living in peace when he took office in 2008. 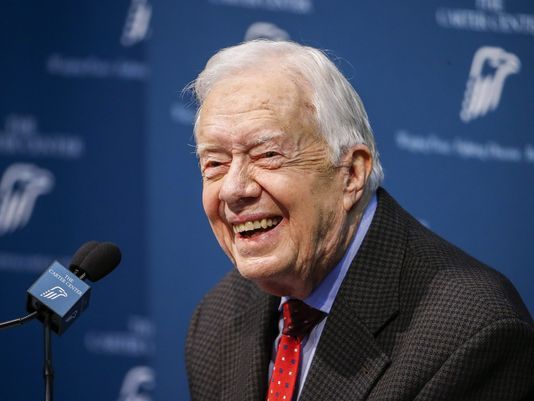 There is something more than a cosmic coincidence going on here as all those aforementioned Democratic Presidents are today considered by party loyalists to be ‘liberal’ on the ideological spectrum.

Introduced by Sen. Bob Corker (R-TN), retiring Chair of the Senate Foreign Relations Committee, AUMF 2018 is co-sponsored by Democratic Sens. Tim Kaine (VA), Chris Coons (DE) and Bill Nelson (FL). Kaine, HRC’s vice president candidate, and Coons serve on Foreign Relations while Nelson is on the Armed Services Committee.  Kaine and Nelson are both up for re-election this year as are three other Democrats on the committee; Sens. Robert Menendez (NJ), Chris Murphy (CT) and Ben Cardin (MD). In addition, Sen. Jeff Flake (R-AZ) who also serves on Foreign Relations, has opted to not seek re-election.

Can there be a more pathetically farcical example of the “world’s greatest legislative body” so utterly devoid of conscience, so disconnected from life’s reality with no awareness of their own culpability for war crimes. As the committee deliberates on whether to lessen its Constitutional responsibilities and lighten its legislative duties,  approval of the AUMF 2018 will confirm the public’s perception that, despite a cushy career with great benefits, the Congress is a completely irrelevant and obsolete forum.

Renee Parsons has been a member of the ACLU’s Florida State Board of Directors and president of the ACLU Treasure Coast Chapter. She has been an elected public official in Colorado, an environmental lobbyist and staff member of the US House of Representatives in Washington DC. She can be found on Twitter @reneedove31