The British government shared what was supposedly a dossier containing sensitive intelligence to convince allies and EU member states to support its accusation of Russian culpability in the poisoning of Sergei and Yulia Skripal in Salisbury, England on March 4.

But like the infamous 2003 “dodgy dossier” prepared at the direction of Prime Minister Tony Blair to justify British involvement in the U.S. invasion of Iraq, the intelligence dossier on the Salisbury poisoning turns out to have been based on politically-motivated speculation rather than actual intelligence

The Need for Dramatic Claims

When Prime Minister Theresa May and Foreign Secretary Boris Johnson ordered the production of an intelligence dossier to be used to convince allies and EU member states to join Britain in expelling Russian diplomats, they had a problem: they were unable to declare that nerve agent from a Russian military laboratory had been verified as the poison administered to the Skripals. As the well-informed former Ambassador Craig Murray learned from a Foreign and Commonwealth Office source, the British government military laboratory at Porton Down had been put under strong pressure by Johnson to agree that they had confirmed that the poison found in Salisbury had come from a specific Russian laboratory. Instead Porton Down would only agree to the much more ambiguous formula that it was nerve agent “of a type developed in Russia.” 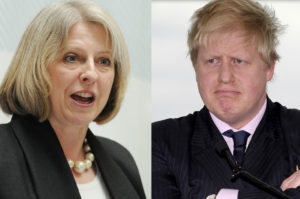 May and Johnson: Needed dramatic claims.

So May and Johnson needed some dramatic claims to buttress their argument to allies and EU member states that the Salisbury poisoning must have been a Russian government assassination attempt.

A letter from British national security adviser Mark Sedwill to NATO Secretary-General Jens Stoltenberg released publicly on April 13, refers to two key claims in the dossier of a Russian program to research ways of delivering nerve agent, including smearing it on door handles, and Russian production and stockpiling of nerve agent during the past decade.

But closer analysis of these claims, based in part on information provided by official British sources to the press, makes it clear that the government did not have any concrete “intelligence” to support those Government claims in the intelligence brief.

The Sedwill letter referred to a Russian “investigation of ways of delivering nerve agent, including by application to door handles” as being part of a broader alleged Russian government program of chemical weapons research and military training.”  The letter was obviously implying that it had some secret intelligence on which to base the charge, and some in the British press pitched in to support the claim.

The first paragraph of the The Guardian story on the intelligence dossier said, “Russia had tested whether door handles could be used to deliver nerve agent,” attributing the information to “previously classified intelligence over the Salisbury attack made public Friday.”

In another story about the evidence on the Salisbury poisoning, however, The Guardian, apparently reflecting its understanding of what government officials had conveyed, wrote, “Such an audacious attack could have been carried out only by trained professionals familiar with chemical weapons.” That statement hinted that the alleged Russian “investigation of ways of delivering nerve agents, including by application to door handles” was actually a speculative inference rather than a fact established by hard evidence.

A report in the Daily Mirror, evidently intended to support the government line, actually showed quite clearly that what was being presented as intelligence on alleged Russian research on delivering nerve agent via a door handle was in fact nothing of the sort. It quoted a “security source” as explaining how that claim in the intelligence paper was linked to the belief of counter-terrorism investigators that the Skripals first came in contact with nerve agent on the handle of Skripals’ front door. 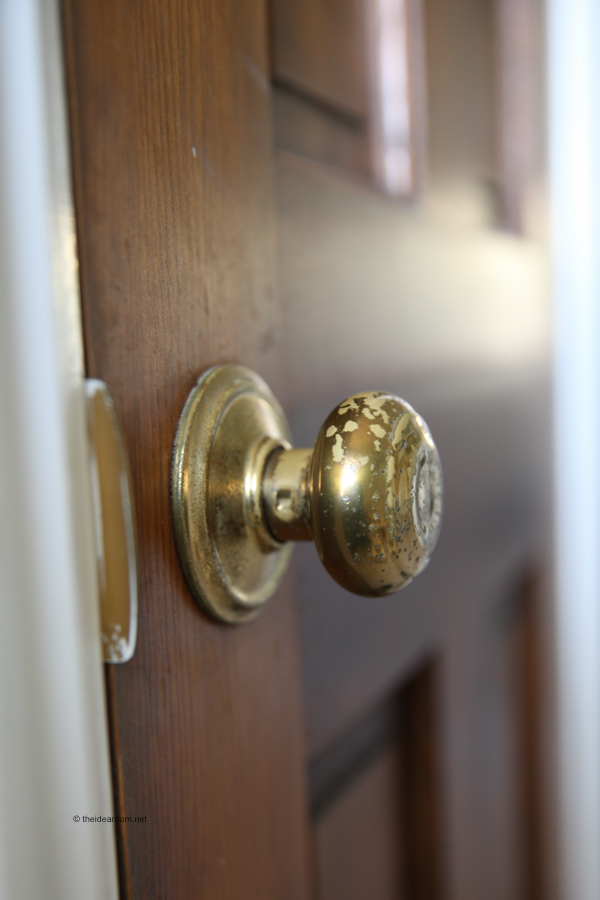 “The door handle thing is big,” the unnamed source told the Mirror. “It amounts to Russia’s tradecraft manual on applying poisons to door handles. It’s the smoking gun.” The source was not saying that British intelligence had firsthand information about a Russian tradecraft manual; it was suggesting that one could somehow deduce from the assumed application of nerve agent to the door handle of the Skripal house that this was a sign of Russian intelligence tradecraft.

The source then appeared to confirm explicitly that this inference was the basis of the specific claim in the intelligence brief, commenting, “It is strong proof Russia has in the last 10 years researched methods to administer poisons, including by using door handles.”

The Murder that Contradicts the Dossier

The idea that only intelligence operatives with formal training could have applied nerve agent to a door handle was not based on objective analysis. MI6, the British foreign intelligence service, knows very well that a 1995 murder committed in Moscow with a nerve agent developed by Soviet-era scientists was carried out by a private individual, not a government intelligence unit.

Court documents in the 1995 murder of banker Ivan Kivelidi, reported by the independent Russian newspaper Novaya Gazeta, show that in 1994 a Russian criminal syndicate had acquired Novichok nerve agent, which had been synthesized by Soviet scientists, and that it was used the following year to kill Kivelidi and his secretary by applying some of the nerve agent on his telephone receiver.

Boris Kuznetsov, a dissident Russian lawyer involved in the Kivelidi murder case, who fled Russia in 2007 with copies of all the relevant documents, turned them over to the British government after the Skripal poisoning. The knowledge of that episode would account for Prime Minister May’s otherwise surprising acknowledgement on March 12 of the possibility that the poisoning might not have been a Russian government action but the consequence of the Russian government allowing nerve agent to “get into the hands of others”.

The Sedwill letter made another sweeping claim of covert Russian production of the line of nerve agent that had been dubbed Novichok. “Within the last decade,” it said, “Russia has produced and stockpiled small quantities of Novichok under the same programme.” If true, that would have been major evidence bearing on the Skripal poisoning, since such a program would be both covert and illegal under the Chemical Weapons Convention. 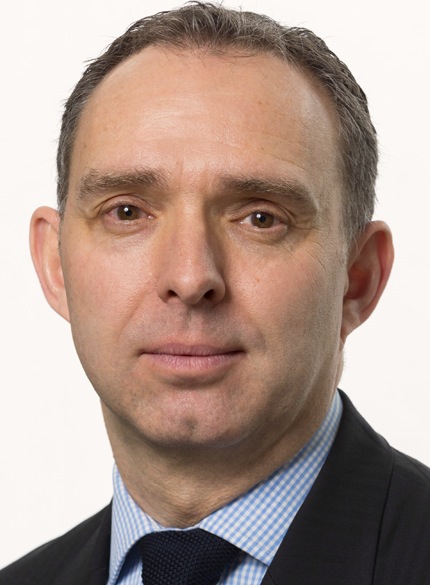 government has referred to the possession of any evidence for that claim, even in the most generic way. In fact, Prime Minister May said merely that Russia “had previously produced Novichoks and would still be able to do so”.

In contrast to its silence about any kind of information supporting its claim of Russian production and stockpiling of Novichok program in the past decade, the Sedwill letter cited “a combination of credible open-source reporting and intelligence” on the existence of the Russian program that developed the Novichok line of nerve agents in the 1970s and 1980s.

If the UK possessed actual evidence of such a Russian nerve agent program at Shikhany, the former military chemical weapons facility, it presumably would have informed the Organization for the Prohibition of Chemical Weapons (OPCW) of the fact and presented its evidence to the 41-member Executive Council, the governing body of the organization. It clearly has not done so, and it has not suggested that it was prevented from doing so by the fear of compromising an intelligence source within the Russian government.

The British government could also demand a “challenge inspection” at the facility. Any member of the Chemical Weapons Convention can call for an immediate inspection, and Russia would have had no option but to permit it. But it has not done so, signifying that it does not have the information necessary to identify the location of the alleged production and stockpiling of such a weapon, nor does it have the name of anyone who has worked on such a project.

Another claim in the British “intelligence” dossier is an intercepted Russian communication that allegedly supports the Russian nerve gas operation accusation.

The tabloid Express reported its sources saying such an intercept had been “a key part of Britain’s intelligence evidence.” The sources revealed that on March 4, a message from Damascus to Moscow intercepted by a listening post in Southern Cyprus contained the words, “The package has been delivered.” And the same message was said to have reported that two named individuals had “made a successful egress” – meaning that they had left.

But without knowing the context in which either statement was made, such quotes are meaningless. And one must ask how often something like those exact words would be communicated to Moscow from a diplomatic or military outpost somewhere in the world every single day. Furthermore, the second message to which the dossier is said to have referred actually revealed the names of the two men who had departed, so it clearly had nothing to do with a covert operation.

The May government was able to convince 29 other states, including the United States, to take action against Russia by expelling its diplomats, representing a deliberate step toward higher tensions with Moscow. But the intelligence dossier it deployed in that effort, as reflected in the Sedwill letter and media reporting, was far from being the kind of information one might expect to provoke such a major diplomatic move. It was instead, like the original 2003 “dodgy dossier” on WMD in Saddam’s Iraq, essentially a collection of misleading claims based on politically-skewed logic.

Gareth Porter is an independent investigative journalist and historian on U.S. national security policy and the recipient of the 2012 Gellhorn Prize for journalism. His most recent book is Manufactured Crisis: the Untold Story of the Iran Nuclear Scare, published in 2014.

← Wanted: The ‘Butcher of Damascus’ to Return Normalcy to Syria
Beware of White Helmets Bearing News →

40 comments for “Another Dodgy British Dossier: the Skripal Case”