In this interview with Haneen Zoabi, a Palestinian member of the Israeli Knesset, Dennis J. Bernstein discusses Zoabi’s feminism, the struggle in Gaza and life in the Israeli parliament.

Zoabi considers herself a straight up feminist. She says “real feminism must acknowledge the discrimination against Arab women in Israel, and real feminism must know to identify with and struggle alongside them, at the national, civil and social levels.”

Zoabi joined forces with the Balad Party a year after it was founded in 1997. A key guiding principle of the Party is to maintain a one-third quota for women candidates. The party advocates for the rights of Palestinians, legally designated as ‘Arab Israelis’. Zoabi has been banned from the Knesset five times for taking strong stands in support of Palestinian rights.

Dennis Bernstein: We are honored to have in the studio a member of the Israeli Knesset, Haneen Zoabi. She tells me she has been suspended from that body five times but she is back again, trying to make lives more livable for Palestinians in the state of Israel. What went through your mind, Haneen Zoabi, when you got first-hand reports of the killings along the border fence?

Haneen Zoabi: Palestinians have long been suffering from the siege. Almost daily, bombers fly over Gaza. Israel wants to break the will of the Palestinians, to prevent Palestinians from fighting for their freedom. I would describe the Palestinian struggle as an heroic one. After eleven years of siege, 75% of children in Gaza suffer from anemia. Fisherman are shot on a weekly basis. Farmers coming to work on their land are shot. Employment rates and poverty rates are extremely high. 95% of the water is unsafe to drink. The United Nations has determined that the living situation in Gaza is not suitable for human life. But the Palestinian people do not want to die a silent, slow-motion death under the siege. If Israel is determined to kill them and continues to evade accountability for this crime, the Palestinians will die struggling for their liberation. This terrible, indiscriminate killing we are seeing now at the border is meant to deter others from struggling. This is the plan for Gaza: either to let it die slowly or to inflict more and more suffering, without breaking the silence concerning the siege. 70% of the inhabitants in Gaza are refugees Israeli expelled from their homes and villages in 1948. They want freedom and they want to return home.

DB: Some people have compared the lives of Arabs inside Israel with the lives of Blacks living under Jim Crow. 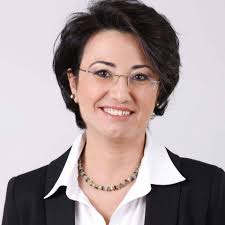 HZ: First of all, most people don’t understand the meaning of being a Palestinian and being a citizen of Israel. First of all, we didn’t choose to be Israelis. It was Israelis who immigrated to our homeland and established here a Jewish state. It was in order to be recognized in the UN that Israeli granted citizenship to those Palestinians who remained in their homeland. We who remained in historical Palestine continue to struggle for our people’s rights–the right to return and an end to the occupation. Israel doesn’t perceive us as citizens, they perceive us as obstacles to the Jewish state. The purpose of having a Jewish state is to give privileges to Jews at the expense of Palestinians. There are 95 racist laws on the books in Israel today. As a Knesset member, I have been suspended five times because of my political views and for speaking out against these racist laws.

DB: What sort of things got you suspended?

HZ: I participated in the Freedom Flotilla to break the siege of Gaza in 2010, when Israel killed nine Turkish activists in an act of piracy on international waters. For daring to be a part of this flotilla I was labeled a traitor. Since last year, Israel has now passed a new law which gives the Knesset the ability to permanently suspend any Knesset member. Our struggle for freedom and democracy clashes directly with the concept of a Jewish state. We cannot struggle for our equality within this construct.

DB: To be clear, you are calling for a one-state solution. For one person one vote.

HZ: I am calling for a state which represents all of its citizens. For Israel, this struggle for democracy is a strategic threat. Equality and justice are strategic threats. As a member of the Knesset, I am asked to be loyal to racism, loyal to apartheid laws, loyal to my oppressor. In Arab schools, we cannot study our own history, our own literature. We cannot control our own textbooks. We learn that we don’t have any special relation to our homeland. We pay taxes so that our children can learn how inferior we are in our homeland. We must thank Israel every day for not expelling us in 1948. Citizenship in Israel is not something that is meant to empower us. In a poll conducted three or four years ago, 65% of Israelis said they would like to be perceived as part of the West and not as part of the Middle East. If you don’t want to be seen as part of the Middle East, if you don’t want to respect the history and the culture, why did you come here? You hate my language, you destroy over 500 villages and cities, develop over 700 cities and villages for the exclusive use of Jewish citizens. You came here without any respect for my identity or my history. You came not to live beside me but to replace me. Our response to this position is so democratic , so simple, so humanitarian: to decolonize the regime and to decolonize the people of Israel. It is not only a battle for equality, it is also a vision that frees the Israelis from their colonialist perceptions. 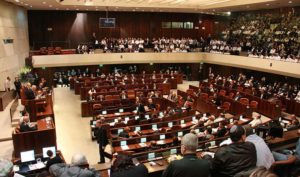 Knesset: Where Zoabi is asked to be loyal to racism.

DB: Could you describe the relationship between Palestinians inside the state of Israel and those in the occupied West Bank and Gaza?

HZ: I am forbidden to travel to Gaza. Gaza is now the biggest ghetto in the world. They restrict the movement even of patients, even of students. In Gaza there are hundreds of women with cancer who cannot to be treated in the West Bank. It is not so uncommon that people with illnesses die waiting at checkpoints. As a politician, I don’t see myself as just struggling for the rights of Palestinians within the borders of 1948. I am struggling for the rights of the Palestinian people.

DB: So your constituency includes all Palestinians.

HZ: One strategy of control at play here, apart from occupation and the siege, is citizenship as a way to tame and control Palestinians within Israel. I don’t have the right to even identify myself as Palestinian in Israel. I must identify myself as Arab-Israeli. I must accept my dual marginalization: I am not 100% Palestinian and I am not 100% Israeli because I am not Jewish. It is not that we have a normal state occupying another state. We have a colonialist state which perceives me as an invader. Still today Israeli is confiscating our land. Already they have confiscated 85% of our land. Is it really the case that you need more? When I pose this question in the Knesset, the answer I get is: “We are a Jewish state and you are invaders.” We must fight against the whole system, of which occupation is one part. Occupation is part of the Zionist ideology.

DB: What is your primary purpose in coming to the US at this time?

HZ: It is so important to speak directly to the American community. Israel could not continue its criminal policies against the Palestinians without the full support of the US government. We do not ask the Americans to like the Palestinians, nor do we ask them to love the Palestinians. We ask them to examine their sense of justice, equality and freedom. You cannot be a liberal without embracing the Palestinian cause. I meet US politicians who sympathize with our cause but explain that they may lose their positions if they support us openly. Washington politicians need to be liberated from the Zionist lobby if we are ever going to succeed at liberating ourselves.

DB: It is interesting that some of the strongest support for the Palestinian cause has come from those who fought against the apartheid regime in South Africa. They are saying that it is worse now in the occupied territories than it was in South Africa.

HZ: The Palestinian struggle is a struggle for justice. You cannot support justice in the world without supporting the Palestinian cause. And again, American citizens cannot see themselves as being neutral in this struggle, because of the total blind support of Israel by the United States. Israel is not held accountable for its crimes and this is why it is able to continue with this murderous oppression. It is time to send a clear message to Israel that it is not above international law.

← ‘Worthy’ and ‘Unworthy’ Victims
Wanted: The ‘Butcher of Damascus’ to Return Normalcy to Syria →