Exclusive: In joining Israel and the White House selling military intervention in Syria, the CIA and international inspectors hid key evidence that would undermine the case, says Gareth Porter in a second part of a two-part series.

When Yousry Abushady studied the highly unusual May 2008 CIA video on a Syrian nuclear reactor that was allegedly under construction when Israeli jet destroyed it seven months earlier, the senior specialist on North Korean nuclear reactors on the International Atomic Energy Agency’s staff knew that something was very wrong. 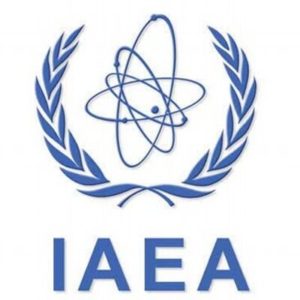 Abushady quickly determined that the CIA had been seriously misled by Israeli intelligence and immediately informed the two highest officials of the Vienna-based IAEA, Director General Mohamed ElBaradei and Deputy Director for Safeguards, Olli Heinonen, that the CIA’s conclusions were not consistent with the most basic technical requirements for such a reactor.

But it did not take long for Abushady to realize that the top IAEA officials were not interested in drawing on his expertise in regard to the alleged Syrian reactor. In fact, the IAEA cited nonexistent evidence linking the site to a Syrian nuclear program while covering up real evidence that would have clearly refuted such a claim, according to Abushady and other former senior IAEA officials.

When Abudhsady met with Heinonen to discuss his analysis of the CIA’s case in May 2008, Abushady asked to be included on the team for the anticipated inspection of the al-Kibar site because of his unique knowledge of that type reactor.

But Heinonen refused his request, citing an unwritten IAEA rule that inspectors are not allowed to carry out inspections in their countries of origin. Abushady objected, pointing out that he is Egyptian, not Syrian, to which Heinonen responded, “But you are an Arab and a Muslim!” according to Abushady. Heinonen declined a request for his comment on Abushady’s account of the conversation.

In June 2008, an IAEA team consisting of Heinonen and two other inspectors took environmental samples at the al-Kibar site. In November 2008, the IAEA issued a report saying that laboratory analysis of a number of natural uranium particles collected at the site “indicates that the uranium is anthropogenic,” meaning that it had been processed by humans.

The implication was clearly that this was a reason to believe that the site had been connected with a nuclear program. But former IAEA officials have raised serious questions about Heinonen’s handling of the physical evidence gathered from the Syrian site as well as his characterization of the evidence in that and other IAEA reports. 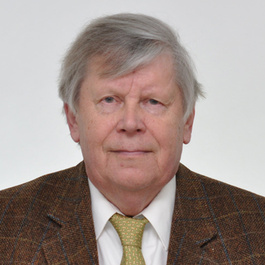 Tariq Rauf who headed the IAEA’s Verification and Security Policy Coordination Office until 2011, has pointed out that one of the IAEA protocols applicable to these environmental samples is that “the results from all three or four labs to have analyzed the sample must match to give a positive or negative finding on the presence and isotopics or uranium and/or plutonium.”

However, in the Syrian case the laboratories to which the samples had been sent had found no evidence of such man-made uranium in the samples they had tested. ElBaradei himself had announced in late September, three months after the samples had originally been taken but weeks before the report was issued, “So far, we have found no indication of any nuclear material.” So the November 2008 IAEA report claiming a positive finding was not consistent with its protocols.

But the samples had been sent to yet another laboratory, which had come up with a positive test result for a sample, which had then touted as evidence that the site had held a nuclear reactor. That in itself is an indication that a fundamental IAEA protocol had been violated in the handling of the samples from Syria.

One of the inspectors involved in the IAEA inspection at al-Kibar later revealed to a fellow IAEA inspector what actually happened in the sample collection there. Former senior IAEA inspector Robert Kelley recalled in an interview that, after the last results of the samples from the al-Kibar inspection had come back from all the laboratories, the inspector, Mongolian national Orlokh Dorjkhaidav, came to see him because he was troubled by the results and wanted to tell someone he trusted.

Dorjkhaidav told Kelley that all the samples taken from the ground in the vicinity of the bombed building had tested negative for man-made uranium and that the only sample that had tested positive had been taken in the toilet of the support building.

Dorjkhaidav later left the IAEA and returned to Mongolia, where he died in December 2015. A video obituary for Dorjkhaidav confirmed his participation in the inspection in Syria. Kelley revealed the former inspector’s account to this writer only after Dorjkhaidav’s death. 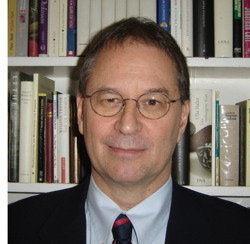 In an e-mail response to a request for his comment on Kelley’s account of the Syrian environmental samples, Heinonen would neither confirm nor deny that the swipe sample described by Dorjkhaidav had been taken inside the support building. But in January 2013, David Albright, Director of the Institute for Science and International Security in Washington, D.C., who has co-authored several articles with Heinonen, acknowledged in a commentary on his think tank’s website that the al-Kibar uranium particles had been “found in a changing room in a building associated with the reactor.”

Given the dispersal of any nuclear material around the site by the Israeli bombing, if man-made uranium was present at the site, it should not have shown up only inside the support facility but should have been present in the samples taken from the ground outside.

Former IAEA senior inspector Kelley said in an e-mail that a “very likely explanation” for this anomaly is that it was a case of “cross contamination’ from the inspector’s own clothing. Such cross contamination had occurred in IAEA inspections on a number of occasions, according to both Kelley and Rauf.

Kelley, who had been in charge of inspections in Iraq in the early 1990s, recalled that a set of environmental swipes taken from nuclear facilities that the United States had bombed in Iraq had appeared to show that that Iraq had enriched uranium to 90 percent. But it turned out that they had been taken with swipe paper that had been contaminated accidentally by particles from the IAEA laboratory.

But what bothered Abushady the most was that the IAEA report on Syria had remained silent on the crucial fact that none of the sample results had shown any trace of nuclear-grade graphite.

Abushady recalled that when he challenged Heinonen on the absence of any mention of the nuclear graphite issue in the draft report in a Nov. 13, 2008 meeting, Heinonen said the inspectors had found evidence of graphite but added, “We haven’t confirmed that it was nuclear-grade.”

Abushady retorted, “Do you know what nuclear-grade graphite is? If you found it you would know it immediately.”

Heinonen was invited to comment on Abushady’s account of that meeting for this article but declined to do so.

After learning that the report scheduled to be released in November would be silent on the absence of nuclear graphite, Abushady sent a letter to ElBaradei asking him not to release the report on Syria as it was currently written. Abushady protested the report’s presentation of the environmental sampling results, especially in regard to nuclear-grade graphite.

“In my technical view,” Abushady wrote, “these results are the basis to confirm the contrary, that the site cannot [have been] actually a nuclear reactor.”

But the report was published anyway, and a few days later, ElBaradei’s Special Assistant Graham Andrew responded to Abushady’s message by ordering him to “stop sending e-mails on this subject” and to “respect established lines of responsibility, management and communication.”

The message was clear: the agency was not interested in his information despite the fact that he knew more about the issue than anyone else in the organization. 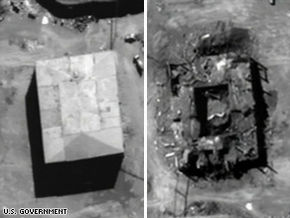 Satellite photos of the supposed Syrian nuclear site before and after the Israeli airstrike.

At a briefing for Member States on the Syria reactor issue on Feb. 26, 2009, the Egyptian representative to the IAEA confronted Heinonen on the absence of nuclear-grade graphite in the environmental samples. This time, Heinonen had a different explanation for the failure to find any such graphite. He responded that it was “not known whether the graphite was in the building at the time of the destruction,” according to the diplomatic cable reporting on the briefing that was later released by WikiLeaks.

But that response, too, was disingenuous, according to Abushady. “Graphite is a structural part of the reactor core in the gas-cooled reactor,” he explained. “It is not something you add at the end.”

The IAEA remained silent on the question of graphite in nine more reports issued over more than two years. When the IAEA finally mentioned the issue for the first time officially in a May 2011 report, it claimed that the graphite particles were “too small to permit an analysis of the purity compared to that normally required for use in a reactor.”

But American nuclear engineer Behrad Nakhai, who worked at Oak National Laboratories for many years, said an interview that the laboratories definitely have the ability to determine whether the particles were nuclear grade or not, so the claim “doesn’t make sense.”

News outlets have never reported on the IAEA’s role in helping to cover up the false CIA claim of a North-Korean-style nuclear reactor in the desert by a misleading portrayal of the physical evidence collected in Syria and suppressing the evidence that would have made that role clear.

Heinonen, who was directly responsible for the IAEA’s role in the Syria cover-up, left the IAEA in August 2010 and within a month was given a position at Harvard University’s Belfer Center for Science and International Affairs. He has continued to take positions on the Iran nuclear negotiations that were indistinguishable from those of the Netanyahu government. And he is now senior adviser on science and non-proliferation at the Foundation for the Defense of Democracies, a think tank whose positions on the Iran nuclear issues have closely followed those of the Likud governments in Israel.

Gareth Porter is an independent investigative journalist and historian on U.S. national security policy and the recipient of the 2012 Gellhorn Prize for journalism. His most recent book is Manufactured Crisis: the Untold Story of the Iran Nuclear Scare, published in 2014. [For a previous segment of this two-part series, see https://consortiumnews.com/2017/11/18/israels-ploy-selling-a-syrian-nuke-strike/]

← Undercounting the Civilian Dead
Denying the Imperium of Death →

52 comments for “How Syrian-Nuke Evidence Was Faked”