The angry politics around Sgt. Bowe Bergdahl’s “desertion” in Afghanistan revolve around right-wing hatred for President Obama who engineered Bergdahl’s freedom from the Taliban, as Matthew Hoh describes.

Sergeant Bowe Bergdahl’s guilty plea begins the end of this phase of an embarrassing, sad and morally absurd saga of American history. 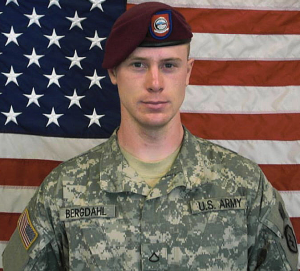 Sergeant Bergdahl was dismissed from the Coast Guard because of mental illness, was recruited into the Army in spite of such issues, and then was sent to the frontlines of Afghanistan where he walked away from his base and was captured, kept as a prisoner, and tortured by the Taliban for nearly five years. Yet, he has been offered almost no compassion, sympathy or forgiveness by large swaths of the American public, political classes, veterans and the media.

Despite all that, Sergeant Bergdahl finds himself having just entered a guilty plea and putting himself at the mercy of a U.S. Army judge.

In time, Sergeant Bergdahl may become just a footnote to America’s wars in the Muslim world, wars that have killed well over a million people since 2001. But his individual story relays some fundamental truths of these American wars against Sunnis and Shias, and Arabs, Africans and Pashtuns, (it is a fact that nearly all the people we have killed, maimed and made homeless have been Muslim and dark skinned). One truth is that there is no logic to our violence, only the unending and insatiable requirement for more war and more destruction.

There is also no forgiveness in this loudly and righteously proclaimed Christian nation, only the scapegoating of a young man and his family for the failures of immoral and unwinnable wars on the murderous altar of the twin godheads of American Exceptionalism and White Supremacy.

Sergeant Berghdal’s story does not just inform us of the madness of our wars overseas, but highlights our wars here at home; for our wars abroad come from the same root causes as our wars at home.

Jani and Bob Bergdahl, who were just released from the captivity of the unimaginable nightmare of the imprisonment and torture of their son for five years by the Taliban, had the audacity to stand with Barack Hussein Obama and to give him thanks. That was a betrayal to the usurped, rightful and white structures that underlie so many white Americans understanding of United States history and society.

The grand mythology of American militarism, a key pillar of both American Exceptionalism and White Supremacy, does not allow for figures such as Sergeant Bergdahl. The greatest military in the history of the world is a required statement of faith for all American politicians and public persons, even though the American military has not achieved victory in war in over 70 years, so an explanation of collusion and cooperation with anti-American and anti-white forces is necessary to provide the causation of such an undermining.

Of course, once Bob and Jani Bergdahl stood with President Obama, the racially fueled reactionary political anger appeared in Facebook posts and twitter rants and the lies needed to sustain that anger and turn it into a useful political tool arrived: Sergeant Bergdahl attempted to join the Taliban, Sergeant Bergdahl gave information to the enemy, Sergeant Bergdahl got Americans killed, Sergeant Bergdahl had anti-American beliefs, Sergeant Bergdahl’s father is a Muslim…all claims that were untrue and disproved over time, but such a straightening of facts is almost always inconsequential to those whose identity is an abominable mix of race, right-wing politics and nationalism.

People of such a type as those who believe Jesus would be okay with them carrying handguns into church, demand that Santa Claus can only be white, and that the Confederate flag is a symbol of a proud heritage, have little time or consideration for the particulars of anything that triggers the base tribalism that dominates and informs their lives.

The fundamental aspects of Sergeant Bergdahl’s disappearance were well known and documented years prior to that White House announcement of his release. Veterans’ organizations called for his rescue and return at rallies and Republican senators enacted legislation to help release him “Bring Him Home” and “No Man Left Behind” were echoed repeatedly by Republican politicians and pundits, and even Ronald Reagan’s most famed acolyte and Fox News hero, Oliver North, wore a Bowe Bergdahl POW bracelet.

However, to be white and to stand tearfully and gratefully alongside that black president is unconscionable and unforgivable to many “true Americans” and so the parents’ sins became the son’s and Sergeant Bergdahl’s treason was a dog whistle to those who believe anti-whiteness and anti-Americanism are inseparable.

For the man who used race so overtly and effectively to become President of the United States, calling during his campaign for a traitor like Sergeant Bergdahl to face the firing squad, or be thrown out of a plane without a parachute, was a rudimentary requirement in order to Make America Great Again. Even General James Mattis, who hung outside his office a horseshoe that had belonged to Sergeant Bergdahl and had been given to the general by the sergeant’s father, understands the political importance of Bergdahl’s treason.

General Mattis who previously had supported the soldier and given great comfort to the family, now, as Secretary of Defense, is silent. I believe Secretary Mattis to have higher ambitions than simply running the Pentagon and keeping that white base of support in his favor is not anything such a savvy and cunning careerist, such as James Mattis, would imperil.

We will soon know what, if any punishment Sergeant Bergdahl is to receive. Hopefully, he and his family will be spared further pain and they can begin rebuilding lives that were shattered by the unending war in Afghanistan and then shattered again by the race-fueled partisan politics of the unending war against people of color in the United States.

For Bowe Bergdahl, a young man who never should have been inducted into the Army to begin with, his suffering is testament to the viciousness, callousness and hate that dominates American actions both at home and abroad. We deserve no forgiveness for what has been done, and may still be done, to him and his family.

Matthew Hoh is a member of the advisory boards of Expose Facts, Veterans For Peace and World Beyond War. In 2009 he resigned his position with the State Department in Afghanistan in protest of the escalation of the Afghan War by the Obama Administration. He previously had been in Iraq with a State Department team and with the U.S. Marines. He is a Senior Fellow with the Center for International Policy.

43 comments for “Why the Vengeance Toward Sgt. Bergdahl”