The transformation of the Democratic Party into the perpetual war party – accelerated by the Russia-gate hysteria – is personified by Rep. Barbara Lee who voted against the “war on terror” resolution in 2001, as Norman Solomon explains.

For Americans who oppose perpetual war, no member of Congress has been more admired than Barbara Lee. Ever since she cast the only vote against a blank-check war resolution, three days after the Sept. 11 terrorist attacks, the Oakland Democrat has earned a reputation for bravely speaking antiwar truth to militarist power. 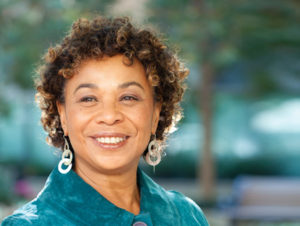 But, now, the core wisdom of her eloquent speech on the House floor nearly 16 years ago is under threat — from Lee herself.

When Lee beseeched her colleagues to “think through the implications of our actions today, so that this does not spiral out of control,” she was looking far beyond the politics and passions of that moment on Sept. 14, 2001. Now, in a July 7 tweet, she has stepped away from steadfast support for the necessity of diplomatic initiatives.

Finding alternatives to war must include diplomacy. In the case of the “war on terror” that Lee resisted from the start, what spiraled out of control was endless and boundless war. These days, the escalating tensions with Russia could spiral out of control all the way to nuclear holocaust.

That’s a major reason the Bulletin of the Atomic Scientists moved the symbolic hands of its Doomsday Clock even closer to apocalyptic midnight early this year. The nuclear peril is terribly real, and it’s growing.

For that overarching reason, former Sen. Sam Nunn joined with three seasoned ex-diplomats to co-sign an open letter in late June, urging Presidents Trump and Vladimir Putin to discuss four specific proposals for reducing the dangers of nuclear war. Nunn — drawing on his experience as chair of the Senate Armed Services Committee — knows that top-level talks between the Russian and U.S. governments are crucial to reduce the risk of the world blowing up.

But Lee addressed the Trump-Putin meeting at the G20 summit in a very different way. Right after it was over, she sent out a tweet that denounced the very idea of the two presidents sitting down and talking: “Outraged by President Trump’s 2 hr meeting w/Putin, the man who orchestrated attacks on our democracy. Where do his loyalties lie?”

Yet real diplomacy often requires that leaders we don’t like — at the top of a foreign government and maybe our own — sit down together, talk and negotiate. In the case of the world’s two nuclear-weapons superpowers, that could turn out to mean the difference between coexistence or co-annihilation.

During her historic 2001 speech on the House floor, when she insisted that “some of us must urge the use of restraint,” Lee was refusing to be swept up in the easy and dangerous conformity of the times. She saw that militarized confrontation would be a tragically unwise alternative to diplomacy.

Lee now seems to have cast aside such understanding, at least as far as relations with Russia are concerned. Her constituents, as well as other supporters in California and beyond, should encourage her to return to it.

Certainly, Lee deserves credit for ongoing efforts to repeal the 2001 war authorization. Yet this month she veered way off the peace track by proclaiming that she was “outraged” because Trump and Putin had a meeting.

In the aftermath of 9/11, Rep. Lee offered profound insight and leadership instead of confusion and fear. That’s why the saying “Barbara Lee speaks for me” took hold and lasted. But now we must let her know when she no longer speaks for us.

Norman Solomon is the author of “War Made Easy: How Presidents and Pundits Keep Spinning Us to Death” (2005). [This article first appeared in San Francisco Chronicle at http://www.sfchronicle.com/opinion/openforum/article/When-Barbara-Lee-doesn-t-speak-for-me-11305910.php ]