Exclusive: Though many Ukrainians live in poverty, government officials and oligarchs lavish millions on Washington insiders to buy influence, another example of how foreign lobbying can fuel a crisis, Jonathan Marshall reports.

By Jonathan Marshall (This is the sixth and final installment of a series on foreign lobbying.) (Updated on May 27, 2017, to clarify language about Rinat Akhmetov in 10th graf.)

Donald Trump doesn’t just have a Russia problem, in the eyes of his critics. He also has a big — and related — Ukraine problem. His 2016 campaign chairman, Paul Manafort, was forced to resign last August amid a flurry of media exposés about Manafort’s lobbying for former Ukrainian President Viktor Yanukovych, who fled to Russia following violent protests against his government in February 2014. 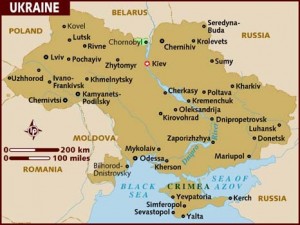 “Any presidential candidate should properly vet the backgrounds of and moral decisions of the people he picks to advise him,” said Atlantic Council deputy director Alina Polyakova last year, declaring that Manafort’s work in Ukraine “absolutely should cast a shadow on Trump’s campaign.”

Either she or the reporter forgot to mention that two of her influential think tank’s top 10 contributors are the U.S. State Department, which applauded the ouster of Yanukovych, and the Ukrainian World Congress, a diaspora organization that attacked him as well. The UWC now works to promote Ukraine’s integration into the European Union, a key issue that helped cause Yanukovych’s downfall and led to the ongoing crisis with Russia over Eastern Ukraine and Crimea.

That small detail exemplifies the complexity of Ukrainian influence campaigns over the last few years. Although Trump’s campaign manager attracted enormous public attention for his work in Ukraine, other prominent lobbyists in the Yanukovych camp were connected to high-level Obama administration officials. Still others took money from Yanukovych’s political foes, or from independent billionaire oligarchs with their own agendas.

The only common denominators are money, influence and lack of transparency.

A 1992 report by the Center for Public Integrity named his firm as one of the top five members of the “Torturer’s Lobby” in Washington. His former partner Roger Stone, the infamous political operative for Richard Nixon and Ronald Reagan, boasted that their firm “lined up most of the dictators of the world we could find.”

Another long-time Manafort client, the Kashmiri American Council, was exposed by U.S. prosecutors as a “scam” and a front group for Pakistani military intelligence, allegedly created to deflect public attention “away from the involvement of Pakistan in sponsoring terrorism in Kashmir and elsewhere.”

The Ukrainian Gold Mine

A New York Times exposé in July 2016 revealed that Trump’s campaign manager first got involved in Ukraine in the mid-2000s as an image consultant to the controversial billionaire oligarch Rinat Akhmetov, who has aggressively disputed allegations connecting him to wrongdoing for more than two decades.

The original Times story also noted that “Mr. Manafort has not registered as a lobbyist representing Ukraine, which would require disclosing his earnings.” Two weeks later, the paper reported the existence of handwritten ledgers, produced by Ukraine’s National Anti-Corruption Bureau, showing that Manafort had received $12.7 million in undisclosed cash payments from Yanukovych’s Party of Regions from 2007 to 2012. Manafort denied receiving the cash.

A follow-up story in the Washington Post reported that Manafort lobbied “State Department officials and other opinion leaders” on behalf of Yanukovych, failed to file official reports, and “did not officially close his business in Kiev until April 2016, the month after he joined the Trump campaign.” Manafort left the Trump campaign a day later.

Recent document disclosures confirm Manafort’s lobbying activities for the Party of Regions. They also confirm that he was aided by former Republican Congressman Vin Weber, whose lobbying firm Mercury Public Affairs earned more than $1.2 million on the Ukraine account from 2012 to 2014.

“Our goal as Americans and Westerners was to bring Ukraine into the E.U.,” said Weber, who also represents Qatar and Turkey. “Our explicit work was anti-Russian.”

Podesta Group last year also signed on as lobbyists to help lift sanctions against Russia’s largest financial institution, Sberbank, which the United States imposed after Russia intervened in Ukraine following the violent ouster of Yanukovych in 2014.

It wasn’t the first time critics had called attention to the firm’s choice of clients. For its services to such notorious human rights violators as Azerbaijan, Egypt, Thailand and Vietnam, Podesta Group was paid more than $7 million from 2010 to 2015, according to the Center for Public Integrity.

She, in turn, was represented in Washington by several powerful lobbyists, including former Rep. Jim Slattery, D-Kansas. His law firm received $920,000 over two years from Tymoshenko’s husband to pressure the Kiev government to free her. She was finally released in February 2014, after the successful putsch against Yanukovych.

“A lot of people are making a lot of money off Ukraine’s political competition,” observed Bruce Jackson, president of the Project on Transitional Democracies, in late 2013, noting that he and his group, which promoted democratic change in Eastern Europe, did not lobby.

That was rich coming from Jackson, a former vice president at Lockheed Martin, who had been a director of the infamous, neo-conservative Project for the New American Century, founder of the Committee for the Liberation of Iraq, and co-founder of the U.S. Committee to Expand NATO. It was NATO’s 2008 commitment to expand into Ukraine that helped trigger the current crisis with Russia.

Another Democrat who cashed in on the Ukraine crisis was Vice President Joe Biden’s son Hunter. In May 2014 he joined the board of Burisma Holdings, a private Ukrainian oil and gas company owned by a former government minister. 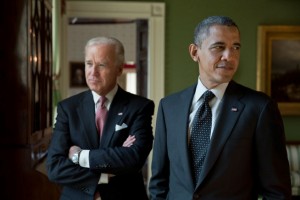 Also joining its board was Devon Archer, a Democratic fundraiser and former adviser to John Kerry, then Secretary of State. A week later, David Leiter, former Senate chief of staff to Kerry, came aboard as a lobbyist for the company, to promote “a stable and secure energy future for Ukraine,” independent of Russia.

Time magazine commented at the time, “By taking a job with Burisma, the younger Biden has put himself in the middle of a struggle between the United States and Russia, which currently provides the bulk of the natural gas supplies to Ukraine. . . . Since Hunter Biden took the new job, his father, Vice President Joe Biden, has continued to serve as the Obama Administration’s point person on Ukraine.”

Although experts agreed that it appeared no one had broken any laws, a pundit at one Washington think tank observed, “It’s unhelpful when we are trying to get across to the Ukrainians to clean up corruption and special deals for special folks. It maybe sends the wrong message that Westerners are just hypocritical.”

Since Trump’s election, money is pouring in to well-heeled Republican lobbyists. The Ukrainian government said in January that it had hired BGR Group as its Washington lobbyist to “help open lines of communication” with Congress, the administration, and other influential groups with the “goals of strengthening US-Ukrainian relations and increasing US business investment in Ukraine.”

Translated, that means the lobbyists will urge members of Congress and the administration to tighten economic sanctions against Russia until it pulls out of Eastern Ukraine and Crimea. Ukraine also seeks more financial and military aid as it struggles to make ends meet. BGR Group is on a retainer worth $50,000 a month. Its past foreign clients have included Saudi Arabia, Kazakhstan, and the Democratic Republic of Congo.

The “B” in BGR is former Republican Party leader and Mississippi Gov. Haley Barbour. The “R” is Ed Rogers, a former White House official in the Reagan and George H.W. Bush administrations and protégé of take-no-prisoners campaigner Lee Atwater. Rogers’s ongoing column in the Washington Post has come under fire for failing to disclose numerous conflicts of interest with his firm’s clients.

Also jumping on the Ukraine gravy train this year was Monica Crowley, a former Fox News commentator who had to pass up an appointment as director of strategic communications for Trump’s National Security Council after CNN revealed that she had plagiarized portions of her dissertation and a subsequent book.

Pinchuk, a billionaire with interests in steel, pipelines, media and banking, ingratiated himself into the Clinton camp by contributing millions of dollars to the Clinton Foundation and hosting a visit to Ukraine by Chelsea Clinton and her husband. Two years ago, he paid the Trump Foundation $150,000 in return for the Republican upstart appearing on video at an annual European strategy meeting held by Pinchuk.

Last but not least, Pinchuk’s foundation — along with the Ukrainian World Congress, as noted above — is a leading funder of the influential Atlantic Council, which promotes collaboration with other NATO powers to combat “Kremlin aggression in Ukraine.”

The Atlantic Council’s lavish funding of position papers, op-ed columns, conferences and other persuasive vehicles by agents of anti-Russian Ukrainians is not so very different — although somewhat less transparent — than pro-Russian propaganda disseminated by RT or Sputnik News. The Atlantic Council’s efforts show up as columns by think-tank experts in the Washington Post and other papers, while what appears on RT or Sputnik News is branded by Western officials as “information warfare.”

The American public, their elected officials, and Washington bureaucrats have a hard enough time sorting out the complex issues of foreign relations without the additional challenge of not knowing who is paying for their news and information. That’s why full disclosure is so vital. And that’s why the United States badly needs not just an investigation into Russian political interference, but an in-depth probe into the activities of all foreign agents of influence in the United States.

[This is the sixth and last article in a series on foreign lobbying. The previous installments were “The Open Secret of Foreign Lobbying”; “How China Lobby Shaped America”; “Israel Pays the Political Piper”; and “Saudis Win Hearts by Lining Pockets”; and “Turkey’s Varied Tactics of US Lobbying.”]

Jonathan Marshall is a regular contributor to ConsortiumNews.com.