A surprise from the financial disclosure forms of the Trump White House was how many of the players got rich from working in the right-wing world of anti-government activism, says Michael Winship.

Some of the latest hooey uttered by White House press secretary Sean Spicer — the man from whom a seemingly bottomless wellspring of hooey flows — was his pronouncement the other day that having so many fabulously wealthy men and women working in the White House is a good and wondrous thing. 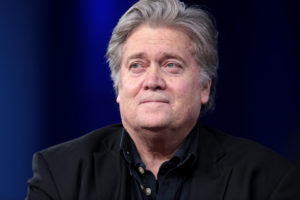 “The President has brought a lot of people into this administration, and this White House in particular, who have been very blessed and very successful by this country, and have given up a lot to come into government by setting aside a lot of assets,” Spicer said.

“People are often told they have to sell an asset or get rid of something to come serve in the government. And there’s a lot of people that have done a lot to come into this administration to give back, that have been inspired by the President’s victory and the President’s agenda to move the country forward.”

You bet, Sean. In a world of haughty ideals and self-professed high purpose, some would call this notion noblesse oblige — that with wealth and power comes social responsibility; to whom much is given, much is expected, etc. And so it should be.

But in Donald Trump’s world, snagging a White House job doubtless will be a solid gold vehicle for using wealth and power to generate more wealth and power for yourself and others, taking optimal advantage of an opportunity handed you by the rich guy who, thanks to the deficiencies of the Electoral College, has landed in the most lucrative pot of jam ever.

And while the new hires may have to hew closer to the conflict-of-interest rules than the boss — did you see the latest about how Trump can keep siphoning profits from his businesses even though he’s supposed to be hands off? — there will be plenty of opportunities to take advantage.

In other words, high-ranking White House employee, those assets that you may or may not have set aside for the duration are likely to be worth a lot more when you and this president are done, even though you will have left behind quite a trail of broken dreams and shattered lives among the less favored of us.

The financial disclosure forms from about 180 staffers that begrudgingly were released by the White House late last week — a Friday night news dump designed to be as cumbersome for the press as possible — revealed, as The Washington Post reported, that Trump, “who campaigned as a champion of the working class, has surrounded himself with a circle of wealthy advisers.

“The disclosures showed that Trump’s top aides have generated millions of dollars from Wall Street, Hollywood, real estate and the media, holding a slew of investments that intensify the administration’s challenge in navigating potential intersections between officials’ personal finances and their policymaking roles.”

Just 27 of these folks have a combined worth of $2.3 billion, and that is a sum, according to a different Washington Post article, greater than what all the households in each of 80 percent of America’s counties make in a year — 86 percent when it comes to the counties that voted for Trump. Per the Post, in a classic bit of understatement, “This reinforces the disconnect between the Trump team and the voters Trump likes to highlight.” 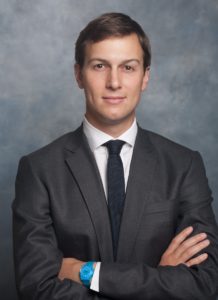 That would include such team players as chief economic adviser and Goldman Sachs alum Gary Cohn, worth between $253 million and $611 million; Reed Cordish, the Maryland real estate guy now in charge of technology initiatives, worth at least $197 million; and of course, Ivanka Trump and her husband, Jared Kushner, the person known around these parts as The Son-in-Law Also Rises.

Ivanka and Jared, a man whose burgeoning portfolio of responsibilities now covers everything from the opioid epidemic and peace in the Middle East to possibly, I pray, throwing himself between his father-in-law and the nuclear football, are worth as much as $740 million.

Eric Lipton and Jesse Drucker at The New York Times write: “Mr. Kushner did resign from more than 200 positions in the partnerships and limited liability companies that make up the family-run multibillion-dollar real estate business. But the financial disclosure report shows that Mr. Kushner will remain a beneficiary of most of those same entities.”

And that’s a big problem, “perilous legal and ethical ground,” according to experts interviewed by the Times. As real estate investors, the Kushner family attracts money from China, Russia, the Middle East and other places where American foreign policy has an interest.

What’s more, the banks with which the Kushners deal are regulated by governments here and abroad and stand to gain from Trump pledges to roll back the Dodd-Frank reforms, among others. Some, such as Israel’s Bank Hapoalim, are under federal investigation. The tax code reform that Trump claims to be a high priority will impact the Kushners and their financial interests, too.

One other thing. Looking at the disclosure forms, what’s also striking is how many of the fortunate now staking their claims at the executive mansion made much of their money not via inheritance or banks or industry but in the world of political consulting, a field that has exploded with the infusion of millions now made possible by Citizens United and other court decisions. Those rulings have helped open a fire hose of dark money, much of it from the Right — especially the Koch brothers and the Mercers, father and daughter — and it floods the electoral landscape with a deluge of cant and propaganda.

Presidential adviser and mouthpiece Kellyanne Conway, a pollster and consultant, has assets valued at between $11 million and more than $44 million. Last year she made $842,614 from a reported 75 sources of income, including Tea Party Patriots and the Judicial Crisis Network, which has been bankrolling a big media campaign in support of Supreme Court pick Neil Gorsuch.

And while Steve Bannon made his initial fortune in international investment banking (including Goldman Sachs), an irony given his current anti-globalist nationalism and economic populism, in recent years he has made a lot of his cash from ventures in right-wing publishing (Breitbart), filmmaking, analysis and consulting. His assets are now listed as between $13 million and $56 million.

At AlterNet, Steven Rosenfeld writes: “While most press reports have focused on the potential for financial conflicts of interest posed by the multibillions in holdings by numerous White House officials, the personal financial statements show how key political advisers became rich via their extreme anti-government activism.”

The profit opportunities are rife, deeply tempting and not just for Trump’s nearest and dearest. This wealthiest administration in American history is going to make for its selected few a bundle of a size unimaginable to the rest of us — yet we’re the ones who will be paying the bill.

And when this gang leaves their government jobs, they’ll be making even more, spinning through the revolving door back into the private sector, their worth enhanced by the time they’ve spent working for this mudslide of a president. Welcome to the plutocracy.

Michael Winship is the Emmy Award-winning senior writer of Moyers & Company and BillMoyers.com. Follow him on Twitter at @MichaelWinship. [This story first appeared at http://billmoyers.com/story/rich-line-white-house-atm/]

10 comments for “The Riches on the Right”