Progressives have long called for the death of the Trans-Pacific Partnership but many are holding their applause now that President Trump was the one who killed it, observes anti-war activist John V. Walsh.

President Trump wasted little time living up to his promise to drive a stake through the heart of the Trans-Pacific Partnership, the economic piece of the “Pivot to Asia,” a provocative challenge to China that was vigorously promoted by neocons and liberal interventionists, as well as President Obama and Secretary of State Hillary Clinton (until she turned against the deal during the campaign). 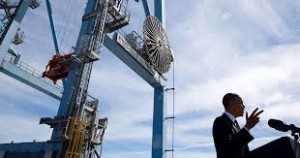 TPP was a trade agreement that linked 12 Pacific Rim nations but pointedly excluded China in an effort to isolate and weaken it. Thus in his first week in office Trump has made a substantive move away from confrontation with China – and the overall goal of U.S. global domination.

While you might expect that such a move would elicit support and congratulations from foes of war and empire, so far there has not been much of that.

While it’s true that Trump had attacked TPP during the campaign – so his move was expected – he might well have revived it if he wanted to please corporate America and the neocons. After all, Republicans hold majorities in the House and Senate – and there are many Democrats pining to please their corporate donors who have sought to resuscitate TPP. But Trump did not do this.

Trump’s first week in office also advanced his promised détente with Russia as Sen. Marco Rubio grudgingly announced he would vote to confirm Rex Tillerson as Trump’s Secretary of State, giving Tillerson the support of the Senate Foreign Relations Committee on a party-line 11-10 vote.

Exxon-Mobil CEO Tillerson has had friendly relations with Russian President Vladimir Putin and has a clear understanding of Russia. Because he has not joined in the recent Russia-bashing, Tillerson has been the target of the neocons who hoped to stop him.

Rubio tried to pressure him into declaring Putin a “war criminal” during the confirmation hearings, something that Tillerson refused to do. Like Trump, Tillerson does not seem like the kind of person who is easily pushed around.

Regarding TPP, it was opposed by many progressives and labor leaders for reasons other than a desire for peace. For many labor leaders, it was seen as one more trade deal that would encourage the export of American manufacturing jobs and thus depress domestic wages even more. Progressive activists saw it as an attack on democracy and sovereignty, written in secret and designed to give corporations and banks control over the terms of trade and laws of the land. 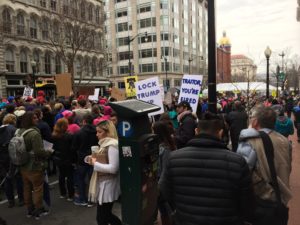 Democratic Party progressives opposed TPP vehemently, and so it would make sense for them to hail Trump’s action. But look at the comments at that bastion of conformist progressivism, the HuffPost, and you will find that many progressives have abruptly switched and are opposing Trump and even praising TPP.

Still, there are a few commenters at least honest enough to admit the hypocrisy behind the switch.

One HuffPost commenter wrote: “OK, when Bernie [Sanders] was talking about how bad the TPP was almost every comment here [on Huffington Post] was how they didn’t trust Hillary to get us out of the TPP. Now that Trump pulled us out, people are taking the opposite view. … At least admit that this is a good thing. Does it matter who stops TPP? 9 months ago we all agreed it was a bad thing.”

This stance is all too reminiscent of Democratic “progressives” who were out in force opposing the war on Iraq under George W. Bush but were nowhere to be seen when Barack Obama came into office and continued the war.

To his credit, Sen. Sanders announced his pleasure with Trump’s deep-sixing TPP, according to the Guardian, which reported: “Sanders praised Trump’s decision, saying TPP is ‘dead and gone’… ‘If President Trump is serious about a new policy to help American workers then I would be delighted to work with him.’”

Richard Trumka, head of the AFL-CIO, also praised the termination of TPP, but unlike Sanders he did not mention Trump by name, which is not surprising since most labor leaders did not back Sanders and instead threw their financial and political support behind Clinton, who only broke with TPP when she realized that it might cost her the Democratic nomination.

Sanders’s and Trumka’s objections to TPP are primarily economic, the concerns usually reported in the mainstream media. But the neocons and liberal hawks understood TPP’s imperial aspects, as explained by neocon Sen. John McCain.

As reported by the Guardian, “Senator John McCain criticized the move. ‘President Trump’s decision to formally withdraw from the Trans-Pacific Partnership (TPP) is a serious mistake that will have lasting consequences for the American economy and our strategic position in the Asia Pacific region,’ he said.” (Emphasis added)

In East Asia, TPP has been running into troubles as well, with Vietnam, the Philippines, Malaysia and possibly even South Korea moving toward closer ties with China and away from U.S.-promoted strife between China and its neighbors.

Trump’s position – and the recent actions of East Asian countries – may be manifestations of a less confrontational approach toward the world and a new balance of power taking shape. From that point of view, President Trump, by rejecting TPP, is simply moving to negotiate the best deal possible for the U.S. in this new developing global arrangement.

The question for liberals/progressives is will they reflexively oppose Trump on everything he does or will they support what is desirable and criticize what is not. That question will come to the fore soon if Trump and Tillerson manage to fashion Détente 2.0 with Russia.

The War Party, both its neocon and liberal interventionist wings, will fiercely oppose any reduction of tensions with Russia. When that happens, will liberals/progressives support Détente 2.0 – even though it comes from Donald Trump – or will they rally behind the neocons and liberal hawks in their desire for Cold War 2.0?

John V. Walsh can be reached at John.Endwar@gmail.com .

← Getting Better Results Than Law-and-Order
In Case You Missed… →