Many Americans disparage “government” for its stodginess and hail private entrepreneurs for their daring, but the reality often is different, as ex-CIA analyst Paul R. Pillar explains in the wake of a rocket explosion.

This past week, a Falcon 9 rocket built by Elon Musk’s SpaceX company exploded on the launch pad during preparations for a static test prior to the scheduled launch of a communications satellite. The explosion and fire were quite spectacular, although in an unwanted sense, of course.

This was SpaceX’s second catastrophic failure in little more than a year. Last year another Falcon 9 disintegrated two minutes after launch, with the loss of a cargo capsule bringing 4,000 pounds of supplies and equipment to the international space station. Such failures have raised, at least for the moment, the question of whether Musk is unwisely trying in his ventures to push the envelope too far and too fast. 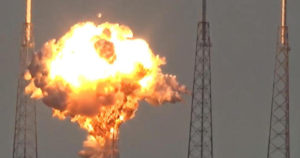 A SpaceX Falcon 9 rocket exploded on Sept. 1, 2016, at Cape Canaveral in Florida.

Notwithstanding such incident-stimulated doubts, commentary in recent years about private sector space entrepreneurs such as Musk has been overwhelmingly admiring and laudatory. SpaceX has dazzled people with its feat of bringing expended boosters back to the surface with a soft landing to make them available for reuse.

Underlying a statement such as that is the ideologically-based belief that nimble and motivated private entrepreneurs inherently can do things better than stodgy government bureaucracies. The same story in The Economist states that Musk “can drive the costs of space travel lower, possibly far lower, than a government bureaucracy can.”

That statement is true only in a broad sense that takes account of the differing goals and demands that are placed on the government bureaucracies involved, in contrast to the objectives from which the private entrepreneurs can pick and choose. If the missions and demands are kept constant, the statement is not true.

Look at some task in which both government and the private sector operate, such as health insurance. The government-run program, Medicare, has consistently operated more efficiently than privately-managed health insurance. Bernie Sanders is right that a government-run single-payer program is the way to go if the objectives are not only universal coverage but also the driving down of costs. 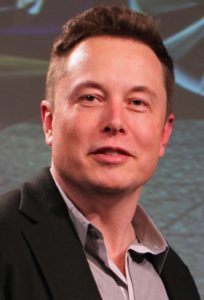 Some have asked why NASA did not work earlier on the cost-saving method of recovering unmanned rockets, as SpaceX is now. The answer is that NASA was called on to do other things — very difficult and dangerous things — in which the available resources and engineering talent had to be dedicated to tasks other than down-the-line cost-saving.

The demands that Congress, presidents, and the public placed on NASA involved getting fast, spectacular, even one-time results, such as beating the Soviets to the moon; any future cost-saving did not enter into those demands.

The overall picture of the government and private sector roles in space has been that government has pioneered the technology and the private sector has later exploited it commercially. The main breakthroughs in rocket science have come under a government pedigree than runs from NASA back through the space programs of the U.S. military services and to Wernher von Braun’s team in Germany, which invented the V-2.

Most of the technological pioneering had to be government-run because, although national security or national prestige may have been at a stake, any profit opportunities were too far away to provide sufficient commercial incentive to do the pioneering. Although the current privately run activity involves some engineering refinements such as those involved in the recovery of boosters, this is not a matter of major technological breakthroughs.

The private entrepreneur’s freedom to pick and choose objectives has made much current private sector space activity a contest among billionaires, with egos as well as profit motives involved. Failure means one billionaire thumbing his nose at another.

The satellite that was destroyed in this week’s explosion on the launch pad was one that Facebook had planned to use to bring internet service to remote areas in Africa. Soon after the incident, Mark Zuckerberg expressed on his Facebook page disappointment “that SpaceX’s launch failure destroyed our satellite.”

The freedom to choose objectives has meant that the private space industry has chosen some objectives far removed from any public interest. This has especially been true of a line of business aimed at lifting a few paying passengers at a time to the edge of the atmosphere and giving them a few minutes to experience weightlessness and see the blackness of space before returning to earth.

More than one firm is developing this line of business, including Richard Branson’s Virgin Galactic — which suffered its own major failure two years ago when its prototype craft crashed and killed one of the pilots. The service being developed is a joyride for rich people. It is essentially the same kind of service provided by a thrill ride at an amusement park, except that both the altitudes and the ticket prices are much higher.

One of the reasons that private sector space endeavors enjoy, despite the failures, more of a perception of excitement and success is that the failures are not subject to the same after-the-fact recriminations and scrutiny that failure by a government bureaucracy is.

Failures by NASA have triggered the whole politically satisfying suite of congressional hearings and commission investigations. By contrast, Musk and Branson probably don’t even have to worry much about flak from their own boards of directors. This week’s explosion of the Falcon 9 is not likely to be the subject of congressional inquiry, and that is not just because it involved an unmanned rocket and no human lives were lost.

SpaceX and some other companies do aspire to get directly into manned orbital space flight, and this is where some of their bottom-line-improving techniques may start to bump up against public emotions when human life is endangered. One of the techniques SpaceX has used with the Falcon 9 is additional chilling of the fuel to make it denser and effectively increasing the amount of fuel on board. This means an ability to put heavier loads into orbit (and thus to charge more for the service) and to have enough fuel left over for those cost-saving recoveries of the booster. 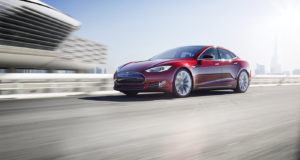 Keeping the fuel extremely chilled, however, requires the hazardous procedure of fueling the rocket to take place as little as 30 minutes before launch. In a manned flight the crew already would be on board by then — a more dangerous situation than the usual procedure of completing fueling while the astronauts aren’t anywhere near the launch pad. But so far the brunt of anguish and recrimination when human life has been lost in American space exploration has fallen on a government agency, NASA, rather than on any entrepreneurs.

As for that question of whether Musk is pushing things too far and too fast, for his own good let alone for any larger good, additional evidence comes from Musk’s other major enterprise, Tesla Motors.

Four months ago in Florida a Tesla car in “autopilot” mode was involved in a fatal crash when neither the car’s system nor the driver noticed a truck crossing their path. The incident underscores the question of whether the driving public (or that segment of it that can afford a Tesla) is ready for this kind of semiautomatic operation, and whether such a not-yet-fully-an-autopilot arrangement, in which the natural tendency is to rely more than one should on the car doing its own thing, ought ever to be sold. Certainly sounds like an instance of going too fast in pushing a product out the door.

Meanwhile, it falls to government employees, including local police as well as traffic engineers in state departments of transportation, to try to keep the public safe with machines like that on the road.