America’s mass shootings, especially those linked to Islamic terrorism like the slaughter in Orlando, Florida, prompt a reflex of responses, but some reactions are particularly unhelpful, says ex-CIA analyst Paul R. Pillar.

Here we go again. Another terrorist incident, and another iteration of the depressingly familiar suite of responses we hear each time in the subsequent surge of rhetoric and commentary. Much of what we hear is what careful consideration of the circumstances and evidence associated with many of these incidents would show to be wrong.

And this is even without including most of the politically driven reactions that have become common amid the partisanship of contemporary America and that one ought to be able to see through without the need of careful consideration. 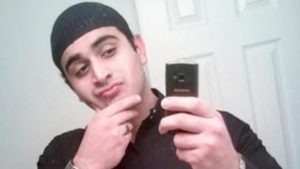 There are, for example, the fatuous criticisms of leaders for not uttering the term “Islamic terrorism” — criticisms made with no indication that the leaders being criticized don’t fully understand the nature of the terrorism at hand, no hint of any constructive policy implications flowing from this bit of semantics, and no sense of responsibility regarding the damage caused by leaders uttering such phrases.

There is, as with any mass shooting incident, the obligatory fealty to the gun lobby and expression of opposition to gun control. (Is a darkened, crowded night club dance floor — amid loud music, strobe lights, and booze — one of those places where, if everyone were armed, supposedly everyone would be safer?)

And in what could be called a new low for Donald Trump if we had not already had to use the term new low so many times in referring to his utterances, Trump suggested that President Obama was somehow connected to the Orlando shooting, saying that the President has “something else in mind … there’s something going on.”

One of the familiar post-incident patterns is to jump to conclusions and to assume as fact much that really ought to await investigation. To avoid committing that same mistake, one needs to be cautious and agnostic even in criticizing the criticism. But a couple of the common post-incident patterns can confidently be marked as mistaken without awaiting completion of the current investigation.

One is the tendency to see terrorism as the work of a fixed and identifiable set of bad guys, embodied in specific, named groups acting on behalf of a specific ideology and especially in the name of a specific religion. The basic misunderstanding involved in this tendency is to equate whatever group or brand name or ideology that an individual terrorist invokes as a complete and accurate indicator of his motivations. Instead the invocation more often represents a way for the individual, otherwise motivated, to identify with a cause larger than himself.

Whatever else the shooting in Orlando was, it appears — based on the target chosen and an observation by the shooter’s father — to have been a homophobic act. With the shooter having reportedly invoked the name of ISIS in a phone call during the incident, attribution to that group comes naturally.

Among the vicious methods the group has used in the territory it controls in the Middle East, it has been especially vicious toward gay people. But based on what has been made publicly known so far, the connection does not go beyond the invocation. FBI director James Comey notes that the shooter also mentioned as supposed inspiration other groups and individuals that have nothing to do with ISIS and are even in competition with it.

Answering homophobia with Islamophobia is a mistake. Hostility to gays is hardly unique to ISIS, and it is not unique to Islam. To the extent there is a religious base for anti-gay (or anti-LGBT) sentiment and actions in the United States, that base has more often involved branches of Christianity. Where such sentiment has taken a violent turn overseas or has required shows of force to prevent it, any religious basis for the homophobia is again diverse. In Africa, which is perhaps the most homophobic continent, the hostility prevails as much in non-Muslim areas (such as majority Christian Uganda) as in Muslim ones.

The Orlando shooter probably had other motivations besides his hostility to gays. Such violent extremists often do. Other motivations can be a mix of inner demons and more outward-oriented matters such as objection to certain public policies. Perhaps more will be learned in the investigation. But nothing should be assumed to be the product of any one group.

Another familiar pattern that we are hearing once again is the one about how government agencies should have been able to prevent a tragedy if they only had been more diligent, or more imaginative, or something. The basis for the pattern this time is the fact that the shooter had come under suspicion before and had twice been investigated by the FBI.

Recriminations along this line assume, mistakenly, that there always should be some way of finding a terrorist needle in a haystack of potential terrorists. They also mistakenly assume that there already is such a needle to be found, as distinct from terrorist plans that are only in the future and have not yet been made as of the time that someone invites government attention.

We do no favors to ourselves or to our security by falling into these familiar reactive ruts after each terrorist incident. We do a favor to ISIS by giving the group credit each time it claims credit. We especially do it a favor by conforming to its portrayal of global conflict as a Muslim versus non-Muslim thing.

← Muhammad Ali’s True Patriotism
A Campaign Based on Conspiracy Theory →