Muhammad Ali angered much of America by declaring “I ain’t got no quarrel with the Vietcong” and refusing to fight in Vietnam, but his principled stand was vindicated by history and is a lesson for today, says Ivan Eland.

Although it is customary to say nice things about a person who has died, Muhammad Ali has been rightly commended for not only his superb boxing career but also his principled opposition to the then-popular Vietnam War. Unlike later chair-borne hawks, such as Bill Clinton and Dick Cheney, Ali did not try to evade the draft or get numerous college deferments to avoid service. He declared that because of his religion, he would not fight against people who had done nothing to him and bluntly said, “just take me to jail.”

Therefore, it is difficult to argue that Ali avoided the war for selfish reasons, because the costs of non-compliance with the draft were substantial. If the Supreme Court had not nullified his conviction 8-0, he would have served five years in prison. Although he ultimately avoided losing his liberty, he had to give up his heavyweight boxing title and experienced financial hardship as a result. 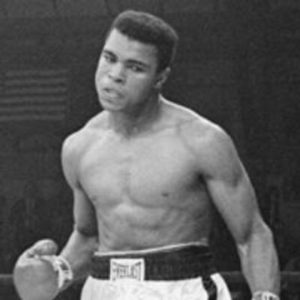 At the time, Ali’s was not a popular stand, but he turned out to be right about many things, just as the then unpopular civil rights heroes Rosa Parks and Martin Luther King were. The war — in a faraway, insignificant country — turned out to be a non-strategic quagmire in the competition with the Soviet Union during the Cold War.

Of course, then-President Lyndon B. Johnson (LBJ) privately predicted that at the time, but escalated the conflict anyway, so as not to be seen as a wimp politically with an eye toward winning the 1968 election. The war killed 58,000 Americans, a few million Vietnamese, and drained equipment and resources from the U.S. military, which it hollowed out for more important missions.

Like George W. Bush during the Iraq War and many other American presidents when conflict has been afoot, LBJ essentially lied the United States into war by saying that the North Vietnamese patrol boats had twice attacked a U.S. warship off the coast of Vietnam. Even if the North Vietnamese did attack once, it was in retaliation for the ships supporting secret raids on North Vietnam’s coast, which LBJ just forgot to mention.

He also forgot to tell the American people that the Americans fired first in the dust-up with the patrol boats. And when LBJ ordered U.S. bombing in retaliation for these attacks, he was in such a hurry to get on prime-time TV that he announced that the U.S. air attacks on North Vietnam had occurred before they had even started.

The North Vietnamese, realizing this amazing reality, had their air defenses ready when U.S. aircraft came overhead and inflicted unneeded casualties on U.S. air forces. Subsequently, Congress passed the open-ended Gulf of Tonkin resolution, which essentially let LBJ do whatever he wanted in Southeast Asia. He, and his successor Richard Nixon, did.

Yet the Vietnam War was popular for a long time in America before the North Vietnamese Tet Offensive in 1968 exposed LBJ’s lie that the United States was winning the war. Wars that drag on, result in mounting U.S. casualties, and do not appear to be for a worthy objective often eventually become unpopular at home, as the similar unending battles with guerrillas in Afghanistan and Iraq have become.

But why don’t Americans spot these turkeys in advance and just say “no!”? Why do they wait until large amounts of blood and treasure have been futilely wasted to call it quits? (We still can’t seem to admit that Afghanistan, Iraq, and now Syria have been lost.)

One reason is that the American people almost always think patriotism means giving the benefit of the doubt to the president, so much so nowadays that the if the president asks Congress to approve a war, he thinks he needs to do so only out of courtesy. Lately, we have not had very good luck with this method, which has led to perpetual war in many Third World hellholes simultaneously.

We should go back to the Founders’ now seemingly out-of-fashion constitutional requirement for Congress to declare war. But members of Congress, to avoid taking any responsibility for a conflict, run into the shadows, even when a president, such as Barack Obama, says he would like an authorization for war.

Even by approving the war, the Congress could at least constrain the war on terror (even though it is also out of fashion now to label it as such) within a specific geographical area or against certain terror groups — like maybe those that have actually attacked the United States.

But many times in American history, both the Congress and the people have agreed with ill-advised wars. Perhaps citizens should remember that in America, originally “patriots” were not people who reflexively supported their government, but those who instead went against it in support of society and its values. Patriots in the American Revolution were Englishmen fighting for their rights against their English King and Parliament.

So the country was founded on a very different concept of patriotism than has taken hold nowadays. Patriotism has been turned on its head and is now synonymous with reflexive nationalism — support for your government, no matter what.

Muhammad Ali was a true patriot of the original variety when he just said “hell no” to meddling in another country’s business that was unneeded and was, from the beginning, unlikely to turn out well.

Ivan Eland is Senior Fellow and Director of the Center on Peace & Liberty at the Independent Institute. Dr. Eland is a graduate of Iowa State University and received an M.B.A. in applied economics and Ph.D. in national security policy from George Washington University. He spent 15 years working for Congress on national security issues, including stints as an investigator for the House Foreign Affairs Committee and Principal Defense Analyst at the Congressional Budget Office.