Conspiracy theories – suspicions without evidence – have become a bane of modern life, but Donald Trump seeks to make them a centerpiece of his presidential campaign, as Todd Gitlin describes.

After the weekend’s carnage in Orlando, Donald Trump didn’t wait long before launching yet another guided missile full of insinuation. He didn’t exactly say that the massacre was the doing of an unreconstructed Mau-Mau descendant born in Kenya. Trump is craftier than that. Monday morning, he told Fox News:

“Look, we’re led by a man that either is not tough, not smart, or he’s got something else in mind. And the something else in mind — you know, people can’t believe it. People cannot, they cannot believe that President Obama is acting the way he acts and can’t even mention the words ‘radical Islamic terrorism.’ There’s something going on. It’s inconceivable. There’s something going on… [Obama] doesn’t get it or he gets it better than anybody understands — it’s one or the other and either one is unacceptable.” [My italics]

Something else in mind… Can’t believe it… There’s something going on… Maybe he doesn’t want to get it… People cannot believe… A lot of people think… These are Trump’s characteristic high-frequency whistles, repeated and restated and re-repeated to make sure he gets through to the feebler dogs out on the periphery of his adoring crowd.

There are two intertwined strands to the Trump brand of insinuation. One is that traitors have crept into our midst. They are Muslims, Mexicans and other alien inhabitants of Trojan horses, aided and abetted by those who cover up for them, who reassure you that these sinister forces are harmless.

The second strand is that Trump speaks for a movement of folks who get it. He’s not just the leader who glimpses the buried truth. The leader, after all, has the wisdom to channel the “people,” the stouthearted ones, the deprogrammed, those brave souls who can handle the awful truth, who all together will rise to strip the masquerade bare, to evict the aliens — along with corrupting serpents — so as to restore Edenic greatness. The truth that matters, in all fascist and para-fascist movements, is the truth that the savior-masters have unearthed.

In the minds of circle of the adepts, there’s always “something going on” — the inside story that compactly explains the apparent mysteries of the world. What’s “going on” is always deep and dark. A special craft of intelligence is required to discern it. They, the conspirators, either are invisible to the official channels of information, who are at best naïve — at worst, complicit — because they ignore the common sense of the common folks who do get it.

In this view, official opinion is made up by know-it-alls who really know nothing, because they have an interest in concealment. They’re cover-up artists, the liberal-mainstream-lamestream media and their elite pals. They suppress the knowledge that, against all odds, the circle of deep knowers have patiently scraped together. It takes a special brand of astuteness to join the ranks of the adepts, to get down with the connoisseurs of the International Communist Conspiracy and the grassy knoll and the “false flag” and the Protocols of the Elders of Zion and the Jews who stayed home from the World Trade Center on September 11, 2001.

Here are words out of Trump’s mouth, to Bill O’Reilly, in 2011: “I’m a very smart guy. I went to the best college. I had good marks. I was a very smart guy, good student and all that stuff. Because what they do to the birthers, which is a term I hate because a lot of these birthers are just really quality people that just want the truth.”

We get it. They don’t. They refuse to. Because — well — you know about them…

Conspiracy nuts despise official knowledge. What they relish is their own knowingness. Just when you think you’ve refuted their canards, they dance away. One mark of this sort of conspiracy theory is that it never says die. Blocked at the end of one cul-de-sac, it reverses field and rushes off to find another one. So, during his effort in 2011 to force Obama to present his birth certificate to prove his citizenship, Trump implied to Fox News that the reason for the president not showing it was “because maybe it says he is a Muslim.” 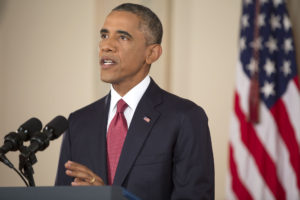 Having lifted that rock, Trump couldn’t let it go undisturbed. Just this February, he tweeted:  “I wonder if President Obama would have attended the funeral of Justice Scalia if it were held in a Mosque?” Well, he didn’t say Obama was a Muslim, did he? He only implied that Obama has a special feeling for Muslims. Which takes us straight to his insinuations about Orlando.

Fortunately for the Trumps of the world, they have their own efficient, instantaneous, echo chambers at their disposal. They delude themselves that what other people think doesn’t matter, because they are deafened by the applause that reverberates through their own arenas.

This doesn’t mean that what mainstream media say and don’t say, expose and fail to expose, are irrelevant. Writing in The Washington Post, Paul Waldman goes too far when he laments that mainstream media exposés are now helpless because there is no single media figure who has the audience or the stature that Edward R. Murrow or Walter Cronkite had. But the multiplication of sources has led to a Balkanization of information — there’s no common text among voters that functions the way the evening news functioned a half-century ago. Further, the profusion of opinion available to everyone means that there’s no perspective or analysis, no matter how extreme, to which the public doesn’t have access.

As I noted last week, a good many journalists are at long, long last finding their ways through the conundrum of how to cover a serial liar without covering up. Untruths that passed unchallenged as run-of-the-mill Republican rhetoric during the primaries have now slipped into what the media scholar Daniel Hallin has called “the sphere of legitimate controversy.” Reporters are not so fearful of highlighting and challenging Trump’s steady assaults on truth. Investigative reports are catching up with his past of deception, greed and fraud. One reads this, for example, by Jenna Johnson in The Washington Post:

“For months, Trump has slyly suggested that the president is not Christian and has questioned his compassion toward Muslims. Years ago, Trump was a major force in calls for the president to release his birth certificate and prove that he was born in the United States. On the campaign trail, Trump has repeatedly stated as fact conspiracy theories about the president, his rivals and Muslims, often refusing to back down from his assertions even when they are proven to be false.”

No wonder Trump just took the step of revoking the Post’s credentials for upcoming events. He made this decision before the Post did him the favor of this weasely headline: “Donald Trump spreads unproven theories.” Not “unproven” — false and crackpot!

What took journalists so long to rise to the occasion? Aside from normal, everyday deference, false equivalencies and the fear of being seen as knowing too much (aka “partisanship”), mainstream journalists suffered from lack of material from campaign rivals. The New Republic’s Brian Beutler usefully explains that one reason journalists failed to puncture so many of Trump’s hot-air balloons is that they weren’t getting any help from other candidates’ opposition — or “oppo” — research: 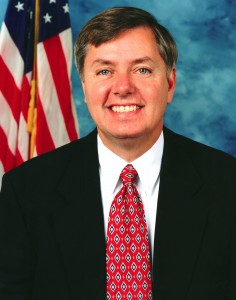 “Political reporters have done a pretty good job unearthing the unflattering details of Trump’s past, but they can only do so much on their own. If the media could document everything untoward every candidate had ever done, campaigns and advocacy groups wouldn’t employ opposition researchers. But there’s a reason they do: In general, campaigns outgun and outpace the press at investigating rival candidates (particularly with respect to archival information that can’t be found online, and that requires expertise to obtain and decipher). They have more resources, no daily print deadlines and no need to worry about impartiality. …

“[R]epublican campaigns and anti-Trump activists did an absolutely abysmal job sifting through his dirty laundry between June 2015 and today… [F]or too long, most Republicans mistakenly assumed Trump would collapse on his own… They were also inhibited from attacking his wealth (or lack thereof), his tax avoidance and his barking-mad tax reform plan, because that would contradict fundamental conservative dogma: that taxes are terrible, that they can’t be cut enough and that the wealthy are wise to pay as little as possible.

“Most Republicans were loath to attack Trump in any meaningful way at all, until it was too late, because they didn’t want to alienate the front-runner and his millions of supporters.”

Can millions of supporters be wrong? As Lindsey Graham said in December: “[T]here’s about 40 percent of the Republican primary voter[s] who believes [sic] that Obama was born in Kenya and is a Muslim.”

The freak show is not over. Fatuous commentaries and foolish questions still resound through cable TV land. On Fox, Howard Kurtz opined that “it probably would have been better if Trump had let one of his aides or surrogates” make the points the candidate made that he was “right on radical Islamic terrorism” and, “I said this was going to happen—and it is only going to get worse.”

Todd Gitlin is a professor of journalism and sociology and chair of the Ph.D. program in communications at Columbia University. He is the author of sixteen books, including several on journalism and politics. His next book is a novel, The Opposition. Follow him on Twitter: @toddgitlin. [This article appeared previously at http://billmoyers.com/story/truth-according-trump/ ]

20 comments for “A Campaign Based on Conspiracy Theory”