Exclusive: The New Yorker and editor David Remnick were catastrophically wrong about the Iraq War, but they continue publishing the same one-sided propaganda on the Syrian conflict, as Jonathan Marshall describes.

Only 6 percent of Americans surveyed in a new national poll say they have a lot of confidence in the media — a result driven by a widespread perception that news stories are one-sided or downright inaccurate. That finding came to mind as I heard New Yorker editor David Remnick introduce an April 17 segment on Syria on the New Yorker Radio Hour.

“For the last five years Syria’s President Bashar al-Assad has framed the revolution in his country as a conspiracy fueled entirely by foreign powers,” Remnick claimed. “His security agencies have . . . killed hundreds of thousands and displaced possibly half of the entire country.” 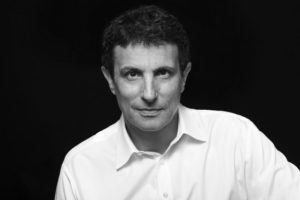 The New Yorker is famous for its fact checkers, but Remnick evidently failed to consult them. Even a casual listener might have questioned his remarkable attribution of Syria’s entire death toll and refugee crisis to Assad’s security agencies, as if ISIS, Al Qaeda, and other rebel forces were mere innocent bystanders.

In fact, the dead include somewhere between 100,000 and 150,000 pro-government forces, comparable to the number of opposition fighters killed, and human rights organizations report that “Opposition armed groups in Syria have indiscriminately attacked civilians in government-held territory with car bombs, mortars, and rockets.”

But what about Remnick’s claim that Assad’s crackdown was driven by paranoia about foreign conspiracies? Like a feature article in his magazine’s April 18 issue, Remnick’s shorthand attempt to portray Assad as insane as well as ruthless fails the test of good journalism.

The article by Ben Taub, which describes efforts by international rights activists to smuggle government documents out of Syria for future war crimes trials, says that Assad “declared his intention to suppress dissent in the brutal tradition of his father” during an address to the Syrian nation on March 30, 2011, shortly after the outbreak of anti-government demonstrations in several cities.

Taub makes his point with a few choice quotes from the speech: “Syria is facing a great conspiracy, whose tentacles extend” to foreign powers that were plotting to destroy the country, [Assad] said. “There is no conspiracy theory,” he added. “There is a conspiracy.” He closed with an ominous directive: “Burying sedition is a national, moral, and religious duty, and all those who can contribute to burying it and do not are part of it.” He emphasized, “There is no compromise or middle way in this.”

The quotes are accurate, but the missing context tells us important facts both about the origins of Syria’s violent conflict and what’s wrong with much advocacy journalism today. Assad certainly did see foreign conspiracies at work in Syria, but he was not paranoid. Unlike most of Taub’s readers, Assad knew that the first military coup in Syria’s modern history was instigated in 1949 by agents of the newly formed Central Intelligence Agency.

That was not the last foreign covert intervention in Syria. In 1957, according to official papers summarized by The Guardian, “[Prime Minister] Harold Macmillan and President Dwight Eisenhower approved a CIA-MI6 plan to stage fake border incidents as an excuse for an invasion by Syria’s pro-western neighbours, and then to ‘eliminate’ the most influential triumvirate in Damascus. . .

“Although historians know that intelligence services had sought to topple the Syrian regime in the autumn of 1957, this is the first time any document has been found showing that the assassination of three leading figures was at the heart of the scheme.”

In 2005-6, as I documented previously in ConsortiumNews, Washington and Saudi Arabia began secretly backing Syria’s Islamist Muslim Brotherhood with the goal of ousting Assad. Further details of that covert operation emerged just weeks after Assad’s March 30 speech, when the Washington Post reported that “The State Department has secretly financed Syrian political opposition groups and related projects, including a satellite TV channel that beams anti-government programming into the country.”

The recipients were described in State Department cables as “moderate Islamists” and former members of the Muslim Brotherhood. The paper continued:

“The London-based satellite channel, Barada TV, began broadcasting in April 2009 but has ramped up operations to cover the mass protests in Syria as part of a long-standing campaign to overthrow the country’s autocratic leader, Bashar al-Assad . . .

“The U.S. money for Syrian opposition figures began flowing under President George W. Bush after he effectively froze political ties with Damascus in 2005. The financial backing has continued under President Obama, even as his administration sought to rebuild relations with Assad. . . .

“Syrian authorities ‘would undoubtedly view any U.S. funds going to illegal political groups as tantamount to supporting regime change,’ read an April 2009 cable signed by the top-ranking U.S. diplomat in Damascus at the time.”

In his March 30, 2011 address, Assad referred explicitly to the challenges his regime faced in 2005 and to recent anti-government violence incited by “satellite TV stations” — an obvious reference to Barada TV. So when Assad complained in his speech that “our enemies work every day in an organized, systematic and scientific manner in order to undermine Syria’s stability,” he was not merely delusional.

But Assad also took care to acknowledge Syria’s genuine internal problems and overdue reforms, “so that satellite T.V. stations will not say that the Syrian president considered all that has happened a foreign conspiracy.” Toward the end of his speech, Assad reiterated, “Since some people have short memory, I will refresh their memory once again by saying that not all of what is happening is a conspiracy, because I know that they are on the ready in their studios to comment.”

Despite Assad’s best efforts, Taub and Remnick evidently never got the message.

“We all discuss, criticize, and have our disagreements because we have not met many of the needs of the Syrian people,” Assad further conceded. “That is why it was easy to mislead many people who demonstrated in the beginning with good intensions. We cannot say that all those who demonstrated are conspirators. This is not true, and we want to be clear and realistic.”

Assad devoted much of his speech to explaining why reforms had moved so slowly since he took office in 2000. His message disappointed many Syrians, especially political critics living abroad. But, to the applause of other Syrians, he promised over the course of the following month to “identify the measures that need to be taken” for reform.

Unmentioned by Taub, Assad followed through with some significant steps. He fired unpopular governors of two provinces, named a new prime minister and cabinet, dismantled his unpopular National Security Court, and lifted the emergency law.

On April 16, Assad spoke to ministers of his new government, telling them that the most effective way for Syria to resist regime change was to carry out reforms and attend “to the needs of the Syrian population.”

Sounding not at all like a ruthless dictator, he also decried the loss of life during recent anti-government demonstrations, saying “the blood which has been spilled in Syria has pained us all. . . . We are sad for the loss of every Syrian and for all those who have been injured. We pray to God to provide solace to their families and friends.”

Assad discussed plans to lift the country’s state of emergency. He called for better training of police to help them “cope with the new reforms” and “protect demonstrators” while still preventing “sabotage.” He cited detailed proposals for improving the fight against public corruption. And he stressed the need for economic reforms to reduce unemployment and the despair felt by young people with no prospects.

Said Joshua Landis, a leading U.S. academic authority on Syria, Assad’s speech “was about as good” as he could have made it, and a big improvement on his March 30 address. “For those who continue to believe in the possibility of reform and not regime-change, this speech was reassuring.”

But anti-government demonstrators took Assad’s limited reforms as a challenge, not an opening. As I recounted previously, protesters declared one major city a “liberated zone,” prompting a massive crackdown by Assad’s security forces and gun battles between soldiers and armed opponents. Key opposition leaders also rebuffed national dialogue meetings sponsored by the Assad government in June and July of 2011, when the death toll was still low.

As Landis later commented, “Western press and analysts did not want to recognize that armed elements were becoming active. They preferred to tell a simple story of good people fighting bad people. There is no doubt that the vast majority of the opposition was peaceful and was being met with deadly government force and snipers. One only wonders why that story could not have been told without also covering the reality that armed elements, whose agenda was not peaceful, were also playing a role.”

The New Yorker, like much of the Western media, still prefers telling simple stories of good and evil when it comes to Syria. But quality journalism requires more than story-telling. It requires factual accuracy, context, and nuance, professional attributes needed more than ever during passionate times.

A less biased look at Assad’s words and actions would not absolve him of repression and war crimes, but might suggest that Syria’s opposition had peaceful alternatives to civil war.

We’ll never know, of course. But we do know for certain that by demanding nothing less than “regime change,” Assad’s opponents and their foreign backers contributed along with Assad’s own actions to one of the great humanitarian catastrophes of our time.

27 comments for “How The New Yorker Mis-Reports Syria”