Pervasive Israeli propaganda has blinded many Americans to the injustice meted out to Palestinians, a “group think” that a new documentary calls “The Occupation of the American Mind,” reviewed by Abba A. Solomon.

By Abba A. Solomon

Harriet Beecher Stowe is reputed — in Stowe family legend at least — to have been greeted by President Abraham Lincoln with, “Is this the little woman who made this great war?” Uncle Tom’s Cabin, Stowe’s novel that dramatized government-sanctioned human bondage, is credited, somewhat fancifully, with moving American public opinion about slavery and helping start the U.S. Civil War.

The documentary film — The Occupation of the American Mind: Israel’s Public Relations War in the United States — aims to explain why U.S. media, in contrast to most of the world’s, omits the Palestinian story, and thus why U.S. public opinion favors Israel so markedly. The film organizes the evidence in plain sight of the unnatural situation that has been maintained in U.S. news reporting — the tropes that reinforce Zionist ideology, and recognize only Jewish Israeli life as imperiled.

Roger Waters narrates that during the July 2014 Israeli assault on Gaza, lasting 51 days — using 20,000 tons of explosives — “The sheer scale of the attack provoked outrage and condemnation around the world. But in the United States the story was different. Polls showed the American people holding firm in their support for Israel.”

Aerial surveys of Gaza now show vast wastelands and ruins of that urban area, holding more than 1.8 million people, the majority exiles from present-day Israel. The film’s title, “The Occupation of the American Mind” communicates the hope that once the mechanisms are seen, they can’t be unseen.

During Israel’s operation Protective Shield (summer 2014), as during Operation Cast Lead (2008-09), the plea that “Israel has the right to defend itself” dominated American reporting. With deft editing, the film shows a risible sequence of Israeli spokesmen, American politicians (up to President Obama) and U.S. newscasters all repeating the same lines of Israeli vulnerability and Arab menace.

We can presume that by understanding the highly calculated effort of American public relations experts and Israeli officials to “explain” the asymmetry of power and suffering between Jewish nationalist forces and Arab civilians, inexorably losing homes and homeland — a passion for justice in Americans will be excited.

The United States is one gentile culture where the Zionist narrative dominates. Key to this is control of language, controlling thought. U.S. pollster Frank Luntz was commissioned to maintain this, producing a “dictionary” of language to use — a playbook for shading domination as defense.

“When a narrative is so dominant, without any visible dissent or complication, it’s extremely difficult to make clear to people that it is basically a propaganda story.  How do you make that clear when the spectacle is so unrelenting and total?” asks New York University scholar Mark Crispin Miller, one of the film’s media studies experts.

What would break the spell?  The New York Times made a baby step with its concession in an editorial January 2016 that the “Two-state solution” is “fading.” In a masterwork of understatement, an American official is quoted by the Times, saying of the settlements that began in late 1967 and continue in 2016, “It is starting to look like a de facto annexation.”

(Israel has moved 3/4 million Jews into the captured territories, including a surprisingly large proportion who’ve moved from the United States).

The argument that the occupied Palestinian territories are held by Israel for “security reasons” serves to screen territorial expansion, the film argues. “If you buy that (security) argument, then it’s a license to occupy indefinitely,” media and militarism critic Norman Solomon explains in the film. (Disclosure: Norman Solomon is my brother.)

The film reports the overwhelming financial contributions to American politicians advocating the Jewish nationalist narrative in Palestine, and shows clips from the many public devotionals that congressmen, cabinet members and presidents attend, to pledge what can fairly be described as Zionist allegiance.

Historian Rashid Khalidi of Columbia University says that American media provides “no sense of how this started, where the animus comes from. It’s completely inexplicable in the way it’s generally presented — these people (Palestinians) kill because they hate, and they hate because they’re irrational Muslim fanatics, or whatever.”

In American politics on this issue, we can notice things that don’t happen, as Sherlock Holmes noted the dog that didn’t bark. When American Jewish legislators speak of their devotion to Israel, no fuss follows, and brilliant non-Jewish politicians like Joe Biden have made careers steeped in American Zionism and mirroring that loyalty.

A Jan.6 article by Hillary Clinton for the Jewish Journal of Los Angeles is an example of the predominant way of relating to Israel/Palestine by centrist U.S. politicians. Her alignment with Israel is slavish, with a promise to raise the U.S.-Israel relationship to “the next level.” Clinton proclaims her “deep emotional connection with Israel.”

The procession of American presidential candidates at last week’s American-Israel Public Affairs Committee (AIPAC) policy conference in Washington (except for Sen. Bernie Sanders) gave a graphic demonstration of the place of Israel as something like an honorary U.S. state.

I hypothesize one contributing reason for the American atmosphere: for some American Jews, Jewish statehood is integral to their Jewish identity. Most Americans have not known Palestinians or Arabs, so making sense of the situation requires relating to what they do know — fellow Americans who are Jews. From that perspective, Americans can imagine Israel as just like the American Jews who are their neighbors, friends, and associates, with no idea of the complexities.

American demographic changes require that Arab-Americans remain a dangerous Other, for the phenomenon of Israeli-American “twinning” to continue. Otherwise, countervailing sympathy and empathy with Arabs will operate. For Israel’s purposes, Syria’s chaos and evisceration is a godsend, associating Arabs with danger.

With more exposure, the Ku Klux Klan-like behavior of settlers in the occupied Judea and Samaria and the Klan-like blending of religious identity and bigotry in Jewish supremacism may repulse Americans. However, for Americans to understand the Israeli violence systematically unleashed on captive Palestinians would be to sense a hint of the violence that the United States unleashed methodically in achievement of its North American empire.

That, and much of America’s direct and proxy military adventurism abroad since, has been invisible to the public, much as Israel’s infliction of death and suffering is invisible as precursor to “unprovoked” Arab attacks. Will Americans become conversant with Israeli, Zionist and Palestinian history, if their own is hidden from them?

One difference from the North American settler-colonialism is the Jewish claim of indigeneity, with accusations that Arabs are settlers in Palestine who should by rights move or be expelled from “the state of the Jewish people.”

A film of this sort can only review so much Zionist and Palestine history to set the scene.  The producers did a nice job fitting in a lot of content, selectively, in the time. (The U.S. organization Jewish Voice for Peace made an animated short, “Israeli/Palestinian Conflict 101,”that shows the challenge of compressing facts and sequences of events of Zionism and Palestine. Their summary is 6.5 minutes.)

Intended as an educational film to join the Media Education Foundation’s strong list, “The Occupation of the American Mind,” the work of writer/producers Loretta Alper and Jeremy Earp, is invaluable as a contrast to Israel’s fantasy world in media. (The film is not about an allied subject, the Zionist Occupation of the American Jewish Mind, where another fantasy world operates, where Jews heroically rebuild Jewish sovereignty.)

The film concentrates on American media dating from the 1982 Israeli invasion of Lebanon, and the formalization of Israel’s Western-media Hasbara/PR institutions in reaction to horror at consequences of Israel’s Lebanon occupation.  (Bombardment and siege of Beirut, and massacre at Sabra and Shatilla)

The film’s coda surveys pro-Palestinian campus activism and alliance-building with African-American and other groups locked out of the American narrative, younger Americans awakening to the Palestinian perception of events. A series of Pew polls show that among American young people, Democrats, and independents, sympathy for Palestinian Arabs is growing, and the Republican Party is becoming the repository of unconditional Israel advocacy.

Among developed nations, the United States has an unusually high proportion of religious believers, and more Christian Zionists than U.S. Jews figure in the Republican Party’s embrace of militant Zionism. In the film, executive producer Sut Jhally makes that point: “In fact, it’s not accurate to call it the Jewish lobby. It is the Israel lobby,” not consistent with the views of most American Jews.

It is difficult to imagine that Americans will become conversant with subtleties of Zionist and Jewish history.  One might expect revulsion as the system of political contributions and targeted propaganda to ensure and manipulate American support is illustrated. Film clips of Israeli violence at checkpoints and demonstrations are followed by Media Education Foundation founder Jhally commenting: 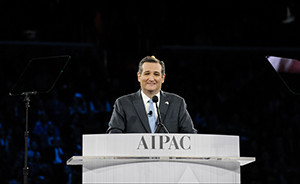 “The more Americans are able to see realities of the occupation with their own eyes, to see routine daily violence, to see repression and humiliation that never make it into mainstream news, the more they will question the image of Israel as this tiny little David up against this bullying Arab goliath, and start to wonder if it’s the outgunned Palestinians who are the Davids here.

“When that starts to become the dominant perception here in the U.S., all bets are off.  It all comes down to American popular perception.”

Noam Chomsky ends the film saying, “The U.S. government will support it as long as the U.S. population tolerates it.”

If the image of Israel becomes that of a cruel oppressor, may the shift be as consequential as when Harriet Beecher Stowe’s novel (and its depiction of slavery) became part of a march to the Civil War? For Jews, what might a shift of U.S. public opinion about Israel mean? To the extent Israel is identified, naturally, as an indivisibly “Jewish” project — dismounting this tiger isn’t going to be graceful. Injury to Arabs in Palestine, and the manipulation of the United States, in the past Zionist century, will be reckoned.

Abba A. Solomon is the author of “The Speech, and Its Context: Jacob Blaustein’s Speech ‘The Meaning of Palestine Partition to American Jews.’” The film is available via streaming and DVD at www.occupationmovie.com . The documentary premieres in Massachusetts next month. [This article first appeared at Mondoweiss as http://mondoweiss.net/2016/03/the-occupation-of-the-american-mind-documented/#sthash.eovxdIin.dpuf ]

20 comments for “How Israeli Propaganda Succeeds”