Exclusive: The dog not barking in the Dutch report on the shoot-down of Malaysia Airlines Flight 17 is the silence regarding U.S. intelligence information that supposedly had pinned down key details just days after the crash but has been kept secret, writes Robert Parry.

The Dutch Safety Board report concludes that an older model Buk missile apparently shot down Malaysia Airline Flight 17 on July 17, 2014, but doesn’t say who possessed the missile and who fired it. Yet, what is perhaps most striking about the report is what’s not there nothing from the U.S. intelligence data on the tragedy.

The dog still not barking is the absence of evidence from U.S. spy satellites and other intelligence sources that Secretary of State John Kerry insisted just three days after the shoot-down pinpointed where the missile was fired, an obviously important point in determining who fired it.

On July 20, 2014, Kerry declared on NBC’s “Meet the Press” that “we picked up the imagery of this launch. We know the trajectory. We know where it came from. We know the timing. And it was exactly at the time that this aircraft disappeared from the radar.” 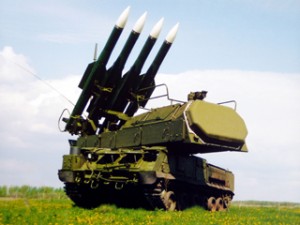 But such U.S. government information is not mentioned in the 279-page Dutch report, which focused on the failure to close off the eastern Ukrainian war zone to commercial flights and the cause of the crash rather than who fired on MH-17. A Dutch criminal investigation is still underway with the goal of determining who was responsible but without any sign of an imminent conclusion.

I was told by a U.S. intelligence source earlier this year that CIA analysts had met with Dutch investigators to describe what the classified U.S. evidence showed but apparently with the caveat that it must remain secret.

Last year, another source briefed by U.S. intelligence analysts told me they had concluded that a rogue element of the Ukrainian government tied to one of the oligarchs was responsible for the shoot-down, while absolving senior Ukrainian leaders including President Petro Poroshenko and Prime Minister Arseniy Yatsenyuk. But I wasn’t able to determine if this U.S. analysis was a consensus or a dissident opinion.

Last October, Der Spiegel reported that German intelligence, the BND, concluded that the Russian government was not the source of the missile battery that it had been captured from a Ukrainian military base but the BND blamed the ethnic Russian rebels for firing it. However, a European source told me that the BND’s analysis was not as conclusive as Der Spiegel had described.

The Dutch report, released Tuesday, did little to clarify these conflicting accounts but did agree with an analysis by the Russian manufacturer of the Buk anti-aircraft missile systems that the shrapnel and pieces of the missile recovered from the MH-17 crash site came from the 9M38 series, representing an older, now discontinued Buk version.

The report said: “The damage observed on the wreckage in amount of damage, type of damage, boundary and impact angles of damage, number and density of hits, size of penetrations and bowtie fragments found in the wreckage, is consistent with the damage caused by the 9N314M warhead used in the 9M38 and 9M38M1 BUK surface-to-air missile.”

Last June, Almaz-Antey, the Russian manufacturer which also provided declassified information about the Buk systems to the Dutch, said its analysis of the plane’s wreckage revealed that MH-17 had been attacked by a “9M38M1 of the Buk M1 system.” The company’s Chief Executive Officer Yan Novikov said the missile was last produced in 1999.

Who Has This Missile?

The Russian government has insisted that it no longer uses the 9M38 version. According to the Russian news agency TASS, former deputy chief of the Russian army air defense Alexander Luzan said the suspect warhead was phased out of Russia’s arsenal 15 years ago when Russia began using the 9M317 model.

“The 9M38, 9M38M, 9M38M1 missiles are former modifications of the Buk system missiles, but they all have the same warhead. They are not in service with the Russian Armed Forces, but Ukraine has them,” Luzan said.

“Based on the modification and type of the used missile, as well as its location, this Buk belongs to the Armed Forces of Ukraine. By the way, Ukraine had three military districts , the Carpathian, Odessa and Kiev, and these three districts had more than five Buk anti-aircraft missile brigades of various modifications – Buk, Buk-M, Buk-M1, which means that there were more than 100 missile vehicles there.”

But Luzan’s account would not seem to rule out the possibility that some older Buk versions might have gone into storage in some Russian warehouse. It is common practice for intelligence services, including the CIA, to give older, surplus equipment to insurgents as a way to create more deniability if questions are ever raised about the source of the weapons.

For its part, the Ukrainian government claimed to have sold its stockpile of older Buks to Georgia, but Ukraine appears to still possess the 9M38 Buk system, based on photographs of Ukrainian weapons displays. Prior to the MH-17 crash, ethnic Russian rebels in eastern Ukraine were reported to have captured a Buk system after overrunning a government air base, but Ukrainian authorities said the system was not operational, as recounted in the Dutch report. The rebels also denied possessing a functioning Buk system.

As for the missile’s firing location, the Dutch report said the launch spot could have been anywhere within a 320-square-kilometer area in eastern Ukraine, making it hard to determine whether the firing location was controlled by the rebels or government forces. Given the fluidity of the frontlines in July 2014 and the fact that heavy fighting was occurring to the north it might even have been possible for a mobile missile launcher to slip from one side to the other along the southern front.

The Dutch report did seek to discredit one alternative theory raised by Russian officials in the days after the shoot-down that MH-17 could have been the victim of an air-to-air attack. The Dutch dismissed Russian radar data that suggested a possible Ukrainian fighter plane in the area, relying instead of Ukrainian data which the Dutch found more complete.

But the report ignored other evidence cited by the Russians, including electronic data of the Ukrainian government allegedly turning on the radar that is used by Buk systems for targeting aircraft. Russian Lt. Gen. Andrey Kartopolov called on the Ukrainian government to explain the movements of its Buk systems to sites in eastern Ukraine in mid-July 2014 and why Kiev’s Kupol-M19S18 radars, which coordinate the flight of Buk missiles, showed increased activity leading up to the July 17 shoot-down.

The Dutch-led investigation was perhaps compromised by a central role given to the Ukrainian government which apparently had the power to veto what was included in the report. Yet, what may have spoken most loudly in the Dutch report was the silence about U.S. intelligence information. If as Kerry claimed the U.S. government knew almost immediately the site where the fateful missile was launched, why has that evidence been kept secret?

Given the importance of the conflict in eastern Ukraine to U.S. intelligence, it was a high-priority target in July 2014 with significant resources devoted to the area, including satellite surveillance, electronic eavesdropping and human assets. In his rush-to-judgment comments the weekend after the crash, Kerry admitted as much.

But the Obama administration has refused to make any of its intelligence information public. Only belatedly did CIA analysts brief the Dutch investigators, according to a U.S. government source, but that evidence apparently remained classified.

The second source told me that the reason for withholding the U.S. intelligence information was that it contradicted the initial declarations by Kerry and other U.S. officials pointing the finger of blame at the ethnic Russian rebels and indirectly at Russian President Vladimir Putin, who stood accused of giving a ragtag bunch of rebels a powerful weapon capable of shooting down commercial airliners.

Despite Russian denials, the worldwide revulsion over the shoot-down of MH-17, killing all 298 people onboard, gave powerful momentum to anti-Putin propaganda and convinced the European Union to consent to U.S. demands for tougher economic sanctions punishing Russia for its intervention in Ukraine. According to this source’s account, an admission that a rogue Ukrainian group was responsible would take away a powerful P.R. club wielded against Russia.

As early as July 29, 2014, just 12 days after the shoot-down amid escalating Cold War-style rhetoric, VIPS wrote, “As intelligence professionals we are embarrassed by the unprofessional use of partial intelligence information. As Americans, we find ourselves hoping that, if you indeed have more conclusive evidence, you will find a way to make it public without further delay. In charging Russia with being directly or indirectly responsible, Secretary of State John Kerry has been particularly definitive. Not so the evidence.”

But the release of the Dutch report without any of that data indicates that the U.S. government continues to hide what evidence it has. That missing evidence remains the dog not barking, like the key fact that Sherlock Holmes used to unlock the mystery of the “Silver Blaze” when the sleuth noted that the failure of the dog to bark suggested who the guilty party really was.