In the 1980s, President Reagan funded and armed Islamic fundamentalists to defeat a Soviet-backed secular regime in Afghanistan. Now, one of those ex-U.S. clients is throwing his support behind the brutal Islamic State, a lesson about geopolitical expediency, writes ex-CIA analyst Paul R. Pillar.

In a blast from the past in Afghanistan, a warlord who became a model for combining ruthless ambition and destructive methods with radical ideology, Gulbuddin Hekmatyar, has advised his followers to support the so-called Islamic State or ISIS in fighting against the Afghan Taliban.

While some in the West might see this as one more indication of ISIS spreading its tentacles with an ever-widening reach, a better lesson flows from observing that this is another instance of ISIS being invoked by a protagonist in a local conflict with local objectives. Hekmatyar’s game has always been about seeking power in Afghanistan and bashing opponents of his efforts to do so. 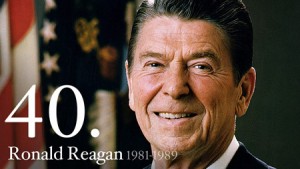 A further lesson comes from noting that it is the Taliban that Hekmatyar finds to be either too moderate or too inconvenient for him right now. It probably is not coincidental that this statement by Hekmatyar comes just as the Afghan government and representatives of the Taliban have concluded what may be the most promising peace negotiations so far that are aimed at resolution of the long-running conflict in Afghanistan.

All of these players, the government, the Taliban, and Hekmatyar’s Hizb-e-Islami, are focused on struggles for power in their own country and not on transnational causes. Afghanistan is a nation in which politics and policy largely rest on ad hoc deals among various local power-holders, which are struck in ways that do not correspond to what might make sense to Westerners in terms of recognizable left-right, radical-moderate, or religious-secular dimensions.

The outcome of the current multidimensional conflict in Afghanistan will depend on such deals. This ought to call into question the wisdom of calls to extend what has already been a 14-year U.S. military operation in the interests of beating back what gets portrayed as an undifferentiated set of bad guys.

Yet another lesson comes from reflecting on Hekmatyar’s four decades as a major player in turmoil in Afghanistan. Although it is not true, as is sometimes alleged, that the United States once aided Osama bin Laden, it is true that a single-minded U.S. focus on defeating the Soviets in Afghanistan and their client regime under Najibullah led the United States to bestow its favors on some seedy characters.

U.S. aid aimed at beating the Soviets was given, through the intermediary of Pakistan, to seven Afghan resistance organizations. Hekmatyar’s group was probably the most radical of these but also, because it was a favorite of the Pakistanis, probably received as much of the U.S. aid as any other.

The attitude within the Reagan administration toward the question of what further consequences would flow from aiding such radicalism was one of “we’ll cross that bridge when we come to it.” The later chapters of the Hekmatyar story involved fierce fighting against the other resistance groups once Najibullah fell, with Hekmatyar’s forces shelling Kabul even as he was supposed to be the prime minister, and later his group making common cause with the Taliban before the most recent falling out.

A moral of this story is: don’t put off thinking about those future bridge-crossings. In focusing on defeating whoever the enemy of the moment may be, worry also about how our intervention in a conflict may be sustaining others who can spell trouble. That’s always been true in Afghanistan and is true in other places as well, such as Syria.