The Obama administration is risking the success of the Iran nuclear negotiations by playing some political theater to appear tough to its Republican and neocon critics in Official Washington, write Flynt and Hillary Mann Leverett.

As nuclear talks between the P5+1 and Iran in Vienna extend past yet another (largely U.S.-imposed) deadline, the dysfunctionality of the Obama administration’s approach becomes increasingly apparent.

Since April, when the parties announced a set of “parameters” for a final deal, senior administration officials have staked out public positions on the most important unresolved issues that, frankly, are inconsistent with what was agreed in April.  These include a U.S. demand for open-ended retention of a conventional arms embargo and other aspects of the United Nations Security Council-authorized sanctions regime. 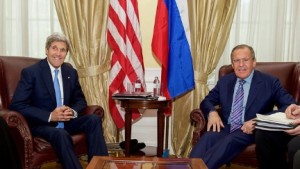 There has never been any serious prospect that these U.S. positions could actually provide bases for negotiated outcomes. Take, for example, the Obama administration’s demand for open-ended retention of a conventional arms embargo and other aspects of the United Nations Security Council-authorized sanctions regime against Iran. Not only does Tehran object to this demand; Russia and China, like the United States, veto-wielding permanent members of the Security Council, do, too.

The Obama administration defined stark stances on the future of UN sanctions and some of the other outstanding issues ostensibly to rebut charges of “weakness” from domestic opponents and to deflect criticism from traditional U.S. allies, Israel and Saudi Arabia, that it is “appeasing” Iran.

But, if Obama and his team ultimately want to conclude a deal, they will, at some point, have to retreat from the diplomatically untenable positions they have so publicly assumed, thereby exposing themselves to even stronger political attacks.

This is the (entirely self-generated) dilemma currently looming over the Obama administration. Going into this week, relative optimism was rising that the Vienna talks might be on the verge of producing a final deal. Officials from participating governments say that compromises have been found over previously disputed aspects of lifting U.S., European, and most UN sanctions against Iran.

U.S. and Iranian negotiators have also been making progress toward resolving differences over the kinds of nuclear research that Iran will conduct while a final agreement is in effect.

Against this backdrop, the most difficult challenges facing the seven delegations in Vienna pertain to the drafting of a prospective UN Security Council resolution that would nullify previous resolutions authorizing international sanctions against Iran and formally start implementation of a final deal. It is in this context that unrealistic U.S. demands to keep in place an open-ended arms embargo against Iran have become the main obstacle blocking conclusion of a comprehensive nuclear agreement.

There was considerable speculation, in Washington as well as in Vienna, that the Obama administration would be eager to finish negotiations before July 9.  (According to recently enacted U.S. law, if the administration had presented the text of a final nuclear agreement to Congress by July 9, Congress would have had 30 days to review it; from July 9 until Sept. 7, the law gives Congress 60 days.)

Such speculation, however, overlooked the White House’s real calculation: that, by modifying U.S. negotiating positions to permit agreement on terms of a new Security Council resolution, thus setting the stage to conclude a final deal this weak, the administration would receive more political criticism than if it appeared to “hang tough” and let July 9 pass.

This calculation explains why, according to officials from participating governments, the U.S position regarding the terms of a new Security Council resolution has, over the last few days, become less conducive to reaching a final agreement. Moreover, the United States appears to be encouraging its British and French partners in the talks to define their own increasingly individuated positions on the issue.

As a result, P5+1 delegations are now spending more time in Vienna negotiating among themselves than with their Iranian counterparts. When they do interact with Iranian representatives, their dialogue becomes, in effect, ever less a multilateral negotiation between the P5+1 and Iran and ever more a series of bilateral negotiations between Iran and various P5+1 states.

The Obama administration appears to calculate that it can posture in this way for some as yet unspecified period time, after which it can then quietly modify U.S. negotiating positions and reach a final agreement, claiming all the while that, by “hanging tough,” Washington persuaded Tehran and Moscow to take more “reasonable” stances. This will be political theater with little connection to diplomatic reality. But it is the narrative that Obama and company want to craft.

No doubt, Obama and his White House advisers think they are handling difficult domestic political dynamics with admirable adroitness. But, in diplomatic terms, their approach assumes that other key players, including Iran, will wait indefinitely for Washington to get serious about closing a deal. It also assumes that, if the process breaks down due to a U.S.-induced impasse over terms for a new Security Council resolution, the rest of the world will buy the Obama administration’s narrative that this is Iran and Russia’s fault.

Odds that these assumptions will prove false are greater than Obama and his team are ready to acknowledge, a reality that makes their course strategically irresponsible. Fundamentally, this irresponsibility stems from failure to appreciate the full importance of an Iran nuclear deal, and, beyond that, of a broader realignment of U.S. relations with Tehran, to American interests, in the Middle East and globally.

The Obama administration continues to treat a prospective nuclear deal as what might be described as an asymmetric arms control agreement, whereby Iran gives up ambitions, regularly alleged by American politicians and just as regularly denied by Tehran, to develop nuclear weapons, and the United States gives up well, not very much.

The administration has yet to treat a potential nuclear deal as American interests actually require: that is, as a critical initial step in a broader process of rapprochement with the Islamic Republic of Iran, rapprochement as profound as the realignment of U.S. relations with the People’s Republic of China in the 1970s.

Hopefully, the Obama administration will get through its political theater over a new Security Council resolution over the next few days and close a final nuclear agreement with Iran. But it would be far better if the administration renounced this kind of theater entirely, and got down to the serious business of reformulating U.S.-Iranian relations.

Flynt Leverett served as a Middle East expert on George W. Bush’s National Security Council staff until the Iraq War and worked previously at the State Department and at the Central Intelligence Agency. Hillary Mann Leverett was the NSC expert on Iran and from 2001 to 2003  was one of only a few U.S. diplomats authorized to negotiate with the Iranians over Afghanistan, al-Qaeda and Iraq. They are authors of  Going to Tehran. [This story first appeared as a blog post at HuffingtonPost.]