While Iran expresses confidence that it can fulfill the restrictions on its nuclear program to ensure that it remains peaceful there is less certainty about the lifting of U.S. and international sanctions against Iran, creating some possible trouble for the April 2 deal, writes Gareth Porter for Middle East Eye.

The framework agreement reached on Thursday night clearly gives the P5+1 a combination of constraints on Iran’s nuclear program that should reassure all but the most bellicose opponents of diplomacy. It also provides the basis for at least a minimum of sanctions relief in the early phase of its implementation that Iran required, but some of the conditions on that relief are likely create new issue between Iran and the Western powers over the process.

The agreement’s dependence on decisions by the International Atomic Energy Agency (IAEA) and the penchant of Israeli intelligence for discovering new evidence of illicit Iranian activities will encourage moves to delay or obstruct relief of sanctions. 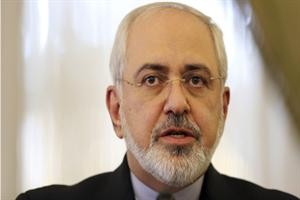 U.S. and European officials had been telling reporters that they would phase out their sanctions on oil and banking in return for Iranian actions to modify its program only gradually over several years, and made it clear that the purpose of this strategy was to maintain “leverage” on Iran.

Iran, however, was demanding that those sanctions be lifted immediately upon delivering on their commitments under agreement. And a source close to Iranian negotiators told Middle East Eye that Iran was confident it could deliver on all of the actions related to its enrichment program and Arak within a matter of months.

The same diplomatic conflict was being fought over UN Security Council sanctions: Iran wanted them to end as soon as they have fulfilled its commitments; the U.S. and its allies were insisting that those sanctions could only be suspended gradually on a schedule that would extend through most or all of the initial ten-year period.

And the P5+1 was also demanding that, in order to get those sanctions lifted, Iran would have to fully satisfy the IAEA that it had cooperated completely in regard to the “possible military dimensions” (PMD) of its program, and wait for the IAEA to give Iran a clean bill of health that its nuclear  program is for peaceful purposes only.

Figuring out how those pivotal issues were finally resolved requires sifting through evidence that is not entirely clear-cut. The two sides apparently agreed that they would not release any official text of the agreement. The joint statement by EU foreign policy chief Frederica Mogherini and Iranian foreign minister Zarif, which is the closest thing to an official statement, was very brief and general and failed to clarify the provisions on sanctions removal.

And the only available text of their statement, a transcript of the English language translation of Zarif’s Farsi language version of the statement, which was published in the Washington Post, unfortunately fails to complete the one sentence on how the issue of sanctions removal was removed, because it was partially inaudible.

The fact that no official text was released has meant that press coverage of the content of the agreement has relied primarily on the much more detailed summary of the agreement by the U.S. State Department and on remarks by Secretary of State John Kerry. The U.S. interpretation of the agreement, however, is ambiguous on some aspects of the sanctions removal issue, raising serious questions about what was precisely agreed on.

On U.S. and European unilateral sanctions on oil and banking, which are of greatest short-term importance to the Iranian economy, the documents says those sanctions “will be suspended after the IAEA has verified that Iran has taken all of its key nuclear-related steps.” That wording appears to suggest that the sanctions would be suspended immediately upon the verification of the last step taken by Iran.

The U.S. text thus seems to indicate that the Iranians won their demand that the Western powers give up their scheme for a “gradual” or “phased” withdrawal of sanctions. But the Iranians had wanted some of the sanctions removed each time they completed the implementation of a commitment, and instead the payoff comes only after the final step taken.

The U.S. document also makes it clear that the “architecture of sanctions” regarding U.S. unilateral sanctions meaning the legal and bureaucratic systems underlying the sanctions “will be retained for much of the duration of the deal and allow for snap-back of sanctions in the event of significant non-performance.”

The Iranians have complained that suspending sanctions while leaving the threat of future sanctions in place has an intimidating effect on banks and businesses regarding resumption of relations with Iranian entities. But they didn’t have much leverage over that question.

The UN sanctions issue was resolved in a distinctly different way. According to the U.S. text, all the UN Security Council resolutions on Iran, which impose various sanctions on Iran, “will be lifted with the completion by Iran of nuclear-related actions addressing all key issues (enrichment, Fordow, Arak, PMD and transparency).”

The implication of the U.S. summary is that Iran would get some sanctions relief from the UN Security Council each time it has completed the implementation of one of its key “irreversible” commitments, as Iran had been demanding – not only at the end of all of its performance on all of the commitments.

The inclusion of the PMD (“possible military dimensions”) of the Iranian nuclear program as an issue on which Iran would have to satisfy the IAEA introduces a potential obstacle to early sanctions relief, because IAEA Director General Yukiya Amano has said it could take several years to complete its assessment of the issue. But at least a delay by the IAEA would not prevent Iran from obtaining relief upon completing the other actions it would take.

Further confusing the interpretation of the agreement, Secretary of State John Kerry referred to the United States and its “international partners” providing sanctions relief “in phases” – a statement that appears inconsistent with the State Department text. In a tweet on Thursday, Zarif cited the Iran/P5+1 joint statement as saying the U.S. would “cease all application of ALL nuclear-related secondary economic and financial sanctions,” and asked rhetorically, “Is this gradual?”

Judging from the U.S. interpretative statements, Iran could get the bulk of the sanctions relief in the initial period of implementation much of it within the first year or so. But that prospect would depend on the good will of the Obama administration and the IAEA. The Obama administration may well be inclined to facilitate the provision of early sanctions relief. But the political dynamics swirling around U.S. and IAEA policies toward Iran suggest that the processes of IAEA assessment and delivery of sanctions may not go as smoothly as Iran would hope.

Looking even further ahead, Iran is certainly concerned about how a future U.S. administration could and would implement the agreement. Iran was insisting that the UN Security Council resolution repealing previous resolutions with a new one reflecting the comprehensive agreement be passed before the change in administration in Washington in 2017, according to the source in contact with the negotiators. It remains unclear whether the P5+1 agreed to that demand.

The U.S. statement says that for the first ten years of the agreement, enrichment R&D will have to be consistent with maintaining breakout timeline of at least one year – obviously based on further understandings that have not been revealed or are yet to be negotiated. And beyond that period, the Iranian R&D plan will be “pursuant to the JCPOA”, meaning the final Joint Comprehensive Program of Action” is still to be negotiated.

Gareth Porter is an independent investigative journalist and winner of the 2012 Gellhorn Prize for journalism. He is the author of the newly published Manufactured Crisis: The Untold Story of the Iran Nuclear Scare. [This story first appeared at Middle East Eye.]