If the U.S. government were not so terrifyingly powerful, its jaw-dropping double standards and the yawning gap between reality and what it calls reality might be funny. But there is the scary recognition that these hypocrisies and lies get people killed, as William Blum describes.

In last month’s Anti-Empire Report, I brought you the latest adventure of U.S. State Department Spokesperson Jen Psaki trying to defend the indefensible. She said then: “As a matter of longstanding policy, the United States does not support political transitions by non-constitutional means,” which prompted me to inform my readers: “If you know how to contact Ms. Psaki, tell her to have a look at my list of more than 50 governments the United States has attempted to overthrow since the end of the Second World War.”

On March 13, her regular attack on all things Russian included this exchange with Associated Press writer Matthew Lee: 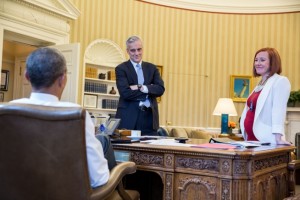 Psaki: Well, just to be clear – and maybe I wasn’t as clear yesterday, so let me try to do this again – it’s – our concern is about activities they might conduct in the region, and the question is: Why are they in the region? It’s not about specifically refueling or telling the Vietnamese not to allow them to refuel. [emphasis added]

Lee: So there hasn’t been a request to stop refueling them, or there has?

Psaki: It’s more about concerns. It’s not as much about Vietnam as much as it – as it is about concerns about what activities they would be in the region for.

Lee: Okay. Well, you – I mean, there are U.S. planes flying over there all the time.

Psaki: Sure, there are.

Lee: So you don’t want Russian planes flying there, but it’s okay for U.S. planes to fly there? I mean, I just – it gets to the point where you – the suggestion is that everything the Russians are doing all the time everywhere is somehow nefarious and designed to provoke. But you can’t – but you don’t seem to be able to understand or accept that American planes flying all over the place, including in that area, is annoying to the Chinese, for one, but also for the Russians. But the suggestion is always that the American flights are good and beneficial and don’t cause tension, and that other people’s flights do cause tension. So can you explain what the basis is for your concern that the Russian flights there in the Southeast Asia area are – raise tensions?

Psaki: There just aren’t more details I can go into.

On Feb. 15, the Washington Post reported regarding fighting in eastern Ukraine that “the Obama administration released a series of satellite images that it said showed the Russian army had joined the rebels in a full-scale assault to surround troops in the area around the city [Debaltseve].

“Russia has denied that it is a party to the conflict, and it was impossible to verify the three grainy black-and-white satellite images posted to Twitter by the U.S. ambassador to Ukraine, Geoffrey Pyatt.

“According to the United States, the images, commissioned from the private Digital Globe satellite company, showed artillery systems and multiple-rocket launchers Thursday in the area near Debaltseve. ‘We are confident these are Russian military, not separatist, systems,’ Pyatt tweeted.”

When the time comes to list the ways in which the United States gradually sunk into the quicksand, slowly metamorphosing into a Third-World state, Washington’s campaign of 2014-15 to convince the world that Russia had repeatedly invaded Ukraine will deserve to be near the top of the list. Numerous examples like the above can be given.

If I were still the jingoistic nationalist I was raised to be, I think I would feel somewhat embarrassed now by the blatant obviousness of it all. For a short visual history of the decline and fall of the American Empire, see the video “Imperial Decay” by Class War Films (8:50 minutes).

During Cold War 1.0 the American media loved to poke fun at the Soviet media for failing to match the glorious standards of the Western press. One of the most common putdowns was about the two main Russian newspapers  Pravda (meaning “truth” in Russian) and Izvestia (meaning “news”). We were told, endlessly, that there was “no truth in Pravda and no news in Izvestia.”

As cynical as I’ve been for years about the American mainstream media’s treatment of ODE (Officially Designated Enemies), current news coverage of Russia exceeds my worst expectations. I’m astonished every day at the obvious disregard of any kind of objectivity or fairness concerning Russia.

Perhaps the most important example of this bias is the failure to remind their audience that the U.S. and NATO have surrounded Russia with Washington’s coup in Ukraine as the latest example and that Moscow, for some odd reason, feels threatened by this. (Look for the map online of NATO bases and Russia, with a caption like: “Why did you place your country in the middle of our bases?”)