Veterans Day, which replaced the World War I-era Armistice Day, has become another chance to glorify America’s wars and the soldiers sent to fight them. But another reality is that the number of vets is in decline, notes ex-CIA analyst Paul R. Pillar.

As the nation uses the occasion of Veterans Day to express appreciation to its military veterans, we should reflect on another reason to cherish our veterans all the more: that there are so few of them, and their numbers are shrinking.

As a proportion of the total U.S. population the ranks of veterans have been thinning for more than four decades, from 13.7 percent in 1970 to about 7 percent as of the most recent census in 2010, and almost certainly less than that now. This trend cannot help but have significant effects on prevailing American attitudes about many things. These especially include, but are not limited to, matters of war, peace and national security. 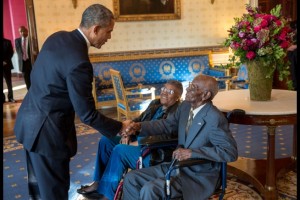 The effects are especially felt through the veteran or non-veteran status of political leaders. Here the corresponding trend is even more marked than for the general population. Thirty-five years ago 77 percent of members of Congress had served in the military. Today the proportion of members, in both the House and the Senate, who are military veterans is 20 percent.

This decline has at least three consequences. The most obvious one is that most of the people who most conspicuously pronounce on, and who vote on, matters involving the possible use of military force have no direct experience with such use.

This does not mean veterans have uniform views on such matters; looking at the postures of the members of Congress who have served in the military suggests that they do not. But it does mean that the complications and unforeseen practical consequences of employing force, which often have turned out to be the most important facet of such employment, probably are insufficiently understood or appreciated.

A second consequence is a broader loss of perspective regarding what is or is not important, what does or does not pose grave threats to the national interest, and what is or is not worth fighting for, not just military but politically.

In the hyper-partisan atmosphere that now prevails on Capitol Hill, it has become normal to hear members on one side of the aisle denounce those on the other side as the greatest threat the Republic has ever faced. We probably would be hearing less of that sort of thing if more members had served their country in a capacity in which they had faced real and serious threats from outside the Republic.

A third effect is to diminish a sense of shared effort on behalf of the nation, and of appreciation of how some of the greatest things this country has accomplished, and could accomplish in the future, involve an organized collective effort on a national basis. That sense is inherent to service in the military but is necessary in many other areas, including in domestic and economic policy.

Its diminution has made us all the more a nation of self-centered individuals focused narrowly on pursuing individual fortune or fame, and insufficiently aware of the common efforts needed to maintain the conditions that make that pursuit possible.

Clear implications do not follow from any of this regarding the best way to structure military service. Some have used similar observations to argue for reinstatement of conscription, but such arguments are offset by practical considerations regarding effectiveness of the force and by the unfairness of what is in effect forced labor obtained at below-market rates.

It is a reason, however, not just to honor our veterans but to wish we had more of them.

6 comments for “US Veterans in Decline”