The hypocrisy of the U.S. “war on terror” jumps out in how Cuban-exile terrorists are protected in Miami as U.S. officials hunt down Islamic terrorists across the globe. The U.S. even imprisoned five Cuban spies who sought to disrupt terror attacks being planned in Miami, as Dennis J Bernstein and Danny Glover discuss.

In the 1990s during a resurgent wave of terrorism inside Cuba, five Cuban intelligence agents infiltrated Cuban-exile groups in Miami seeking to uncover planned attacks that the U.S. government was doing little to prevent in line with its half century of hostility toward the Cuban revolution.

The five agents were arrested on Sept. 12, 1998; they were tried in Miami, convicted of crimes related to espionage and given harsh sentences, including Gerardo Hernandez getting double life plus 15 years. Despite questions about prejudice at their trials and international appeals for their release, four of the men remain in prison. 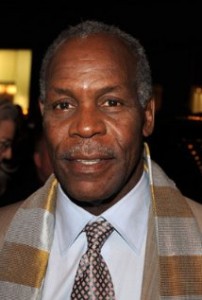 In June, RenÃ© GonzÃ¡lez, the one member of the Cuban Five who finished his sentence and returned to Cuba, has launched an international Yellow Ribbon campaign for his four colleagues. Cubans have covered the island with yellow ribbons in response and displays of yellow ribbons have now spread to support groups in the United States.

During protests and vigils last Thursday, to mark the 15th year of the Cuban Five’s arrest, their supporters gathered in Washington near the White House. With all court appeals now exhausted, and few other legal paths to follow, their Attorney Jose Pertierra said, “It is time to ask Obama to find a solution and send them back home.”

The case of the Cuban Five reflects the profound hypocrisy of the U.S. “war on terror,” which has sent armies to faraway lands to battle al-Qaeda and its allies and has dispatched lethal drones to hunt down and kill suspected Islamic militants. But the same government has ignored the presence of well-known Cuban terrorists who live comfortably in Miami.

Then, when the Cuban government sought to obtain information about planned terror attacks by sending intelligence agents to Miami, those agents were aggressively prosecuted and severely punished, even as Cuban-exile terrorists are treated as heroes by U.S. politicians, including members of the Bush family. [See Consortiumnews.com’s “Enduring Terror Double Standards.”]

The obvious double standard has generated outrage from people around the world, including in the United States. Perhaps the best-known and outspoken supporter of the movement to free the Cuban intelligence agents is actor Danny Glover, who spoke with Dennis J Bernstein en route to the protests in Washington D.C. last week.

DB: Why are you engaged in this case?

DG: The case itself expresses the crux of what the dilemma is with Cuba, which is the U.S.’s inability or unwillingness to honor or respect Cuban sovereignty, the Cuban state, and the Cuban people’s will. The case represents all of that. This is 50 years of failed policy.

This war on terror goes as far back as 1998 and the Cubans were certainly at work with the U.S., the FBI and other agencies to curb the terrorist activity that had gone on for years. Cuban exiles organized, conducted or orchestrated attacks on Cuban people, including the explosion of the jetliner that killed children and the Olympic fencing team over 20 years ago. The Cubans have offered as much cooperation as possible to end the terror. Part of the cooperation was to provide the FBI and other agencies vital information as it was uncovered.

The Cubans infiltrated a group that was planning attacks and had carried out attacks against the Cuban people. One person who died from these attacks was an Italian citizen. The Cuban situation provides us with an opportunity to not only deal with the complexities of the legal situation, but also to address the historic relationship with Cuba. Hopefully it is a relationship that will bring about another way of honoring Cuban sovereignty, self-reliance and independence.

Saul Landau, who just passed away, was such a giant. His wonderful documentary about who the real terrorists are, is another tool we use. Gerardo Hernandez has the longest sentence, of double life and 15 years.

DB: You’ve been visiting him. Can we hear about those visits?

DG:  I can’t recall a more remarkable man than Gerardo. His commitment to protecting his nation comes first. His incredible political sensibility came into this maximum security prison in Victorville, which has transformed relationships so that even the hardened criminals have come to respect him. He shouldn’t be in a maximum security prison. It is a reflection of how mean spirited this process has been.

It is clear that this is a man who would be at the forefront of work on behalf of transforming the relationship between the U.S. and his own country. His infiltration of the terrorist group in Miami was part of that. Creating a situation where we have a just relationship with Cuba is vital. Every country in Latin America has some kind of working relationship with Cuba. It is only the U.S. that doesn’t. All other countries honor Cuban sovereignty, which is the choice of the Cuban people to govern themselves as they see fit. The only country that doesn’t respect Cuban sovereignty is the U.S.

DB: Many Third World countries depend on Cuba for training doctors and creating a medical structure that wouldn’t exist if it weren’t for the Cubans.

DG: The Cubans exemplify the morality of the code that doctors take. They operate in countries around the world, often in situations where they are welcome by some groups and not welcome by others. They go to places that doctors from other nations generally don’t go. Cuban doctors go where there is an absence of health care, like Zambia, rural areas of Venezuela and Brazil. That’s where Cuban doctors go. So they have had an enormous impact on establishing an infrastructure and an idea of health care as a right and not a privilege. Wherever they go, they establish that as a foundation – health care is a right, and not a privilege.

DB: The Cubans represent one of the few counties in this world that has managed to resist the U.S. hegemony. They took a stand against terrible things that happened in their region. The U.S. seems to have it out for them.

DG: My other love is a place called Haiti, and I often look at their struggle in the same way. The Haitian revolution, and the victory of the Haitian slave revolt was unacceptable, and the Haitians are paying for that right now. The Cuban revolution of 1959 was unacceptable to the powers that be and the Cuban people continue to pay for that. What we need is the release of a certain energy, so that in our deepest place, we ourselves would want to honor and respect the energy of these two countries.

DB: What would you want people to do about the case of the Cuban Five?

DG: Continue to mobilize, put this in the public light. We need to get this issue in front of the American people. It has gone around the world. The final action is up to Obama himself. They have exhausted all legal remedies for Geraldo. It is vital to keep pushing forward to resolve the issue and at the same time move towards a just relationship with Cuba and the Cuban people.

9 comments for “The Cuban Five Case at 15 Years”