Exclusive: Courage, like cowardice, often comes in individual, incremental pieces building toward something great and honorable, or small and dishonorable. The resignation of Brandon Toy from General Dynamics fits into the former category and is so honored by an organization of former intelligence officials.

We, the Sam Adams Associates for Integrity in Intelligence (SAAII), salute Brandon Toy, who chose to walk away from his job with a U.S. defense contractor to protest the U.S. government’s violation of human and civil rights. Mr. Toy properly followed the dictates of his conscience. His very public renunciation (see below) of misdeeds by the U.S. military-industrial-surveillance complex is an act of protest that, we hope, will inspire others to hold their own governments to account.

Secrecy is a tool states use most commonly in order to mask unethical, unconstitutional, criminal and foolish behavior. Brandon Toy’s informed rejection of a system that is violating the basic rights of its own citizens depends on whistleblowers, who in turn rely on courageous, professional journalists to inform the public. 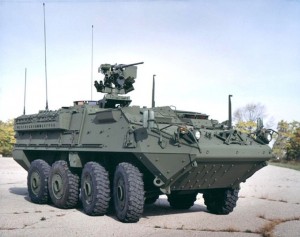 As committed truth-tellers and whistleblowers from several countries, members of SAAII placed our careers, livelihoods, and, in some cases, our personal freedom on the line so that people like Mr. Toy would have the needed information to weigh career against moral duty.

We note the words of former Republican Sen. Gordon Humphrey, who in a 15 July email to whistleblower Edward Snowden — confirmed as authentic by Sen. Humphrey in a separate message to Guardian journalist Glenn Greenwald — praised Mr. Snowden for “exposing what I regard as a massive violation of the U.S. Constitution.”

SAAII is proud to have chosen Mr. Snowden as the 2013 recipient of the Sam Adams Award, which we announced on July 8. We look forward to presenting the award to Mr. Snowden in person, as is our custom, when circumstances permit.

We believe courageous public acts like that of Brandon Toy deserve the support of people everywhere. These actions are essential to making defense of the Constitution and basic human rights and freedoms a shared duty of every citizen, rather than the isolated act of a few.

Below is the full text of Mr. Toy’s statement as published by the CommonDreams.org website, which wrote that “Brandon Toy resigned his job working for US defense contractor General Dynamics as an Engineering Project Manager building Stryker armored fighting vehicles on July 16, 2013. Previously, Brandon served in the Michigan Army National Guard as a Multiple Launch Rocket System Fire Direction Specialist, Team Leader and Vehicle Commander. He was deployed as a military policeman to Baghdad, Iraq in 2004 – 2005.”

I have served the post-911 Military Industrial complex for 10 years, first as a soldier in Baghdad, and now as a defense contractor.

I have always believed that if every foot soldier threw down his rifle war would end. I hereby throw mine down. At the time of my enlistment, I believed in the cause. I was ignorant, naive, and misled. The narrative, professed by the state, and echoed by the mainstream press, has proven false and criminal. We have become what I thought we were fighting against.

Recent revelations by fearless journalists of war crimes including counterinsurgency “dirty” wars, drone terrorism, the suspension of due process, torture, mass surveillance, and widespread regulatory capture have shed light on the true nature of the current US Government. I encourage you to read more about these topics at the links I have provided below.

Some will say that I am being irresponsible, impractical, and irrational. Others will insist that I am crazy. I have come to believe that the true insanity is doing nothing. As long as we sit in comfort, turning a blind eye to the injustices of the world, nothing will change. It is even worse to play an active part, protesting all along that I am not the true criminal.

I was only a foot soldier, and am now a low level clerk. However, I have always believed that if every foot soldier threw down his rifle war would end. I hereby throw mine down.

The crux of the NSA story in one phrase: ‘collect it all’ â€¨http://www.guardian.co.uk/commentisfree/2013/jul/15/crux-nsa-collect-it-all

How the NSA is still harvesting your online dataâ€¨http://www.guardian.co.uk/world/2013/jun/27/nsa-online-metadata-collection