The mainstream U.S. news media has been chuckling over the “irony” of NSA leaker Edward Snowden asking asylum from Latin American countries purported to suppress press freedom. But the smugness misses both the complex realities abroad and the U.S. government’s own assaults on information, says a group of scholars.

An Open Letter to the Media:

The supposed “irony” of whistle-blower Edward Snowden seeking asylum in countries such as Ecuador and Venezuela has become a media meme. Numerous articles, op-eds, reports and editorials in outlets such as the New York Times, the Washington Post, the Wall Street Journal, NPR, and MSNBC have hammered on this idea since the news first broke that Snowden was seeking asylum in Ecuador.

It was a predictable retread of the same meme last year when Julian Assange took refuge in the Ecuadorian embassy in London and the Ecuadorian government deliberated his asylum request for months. 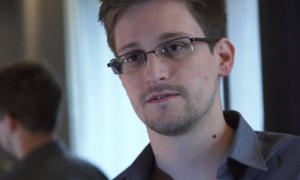 Of course, any such “ironies” would be irrelevant even if they were based on factual considerations. The media has never noted the “irony” of the many thousands of people who have taken refuge in the United States, which is currently torturing people in a secret prison at Guantanamo, and regularly kills civilians in drone strikes in Afghanistan, Pakistan, Yemen, and other countries. Nor has the press noted the “irony” of refugees who have fled here from terror that was actively funded and sponsored by the U.S. government, e.g. from Nicaragua, El Salvador, Chile, and other countries.

But in fact the “irony” that U.S. journalists mention is fantastically exaggerated. It is based on the notion that the governments of Venezuela under ChÃ¡vez (and now Maduro) and Ecuador under Correa have clamped down on freedom of the press. Most consumers of the U.S. media unfortunately don’t know better, since they have not been to these countries and have not been able to see that the majority of media are overwhelmingly anti-government, and that it gets away with more than the U.S. media does here in criticizing the government.

Imagine if Rupert Murdoch controlled most U.S media outlets, rather than the minority share that his News Corp actually owns then you’d start to have some idea what the media landscape in Ecuador, Venezuela and most of Latin America looks like.

The fact is that most media outlets in Ecuador and Venezuela are privately-owned, and oppositional in their orientation. Yes, the Venezuelan government’s communications authorities let the RCTV channel’s broadcast license expire in 2007. This was not a “shut down”; the channel was found to have violated numerous media regulations regarding explicit content and others the same kind of regulations to which media outlets are subject in the U.S. and many other countries.

Even JosÃ© Miguel Vivanco of Human Rights Watch a fierce critic of Venezuela has said that “lack of renewal of the contract [broadcast license], per se, is not a free speech issue.” Also rarely mentioned in U.S. reporting on the RCTV case is that the channel and its owner actively and openly supported the short-lived coup d’etat against the democratically-elected government in 2002.

A July 10th piece from the Washington Post’s editorial board which has never hid its deep hatred of Venezuela, Ecuador and other left governments in Latin America describes another supposed grave instance of the Venezuelan government clamping down on press freedoms. The editorial, which was given greater publicity through Boing Boing and others, describes the case of journalist Nelson Bocaranda, who is credited with breaking the news of ChÃ¡vez’s cancer in June 2011. The Post champions Bocaranda as a “courage[ous]” “teller of truth” and dismisses the Venezuelan government’s “charges” against him as “patently absurd.”

In fact, Bocaranda has not been charged with anything; the Venezuelan government wants to know whether Bocaranda helped incite violence following the April 14 presidential elections, after which extreme sectors of the opposition attacked Cuban-run health clinics and homes and residences of governing party leaders, and in which some nine people were killed mostly chavistas.

The government cites a Tweet by Bocaranda in which he stated false information that ballot boxes were being hidden in a specific Cuban clinic in Gallo Verde, in Maracaibo state, and that the Cubans were refusing to let them be removed. Bocaranda later deleted the Tweet, but not before it was seen by hundreds of thousands.

So while the Post dismisses the case against Bocaranda as “absurd,” the question remains: why did Bocaranda state such specific information, if he had no evidence to support it? Indeed, any such evidence would be second hand unless Bocaranda had seen the supposed “hidden” ballot boxes and the actions by the Cubans himself.

The Venezuelan government’s summons for Bocaranda to explain himself is being characterized as a grave assault on press freedom, and perhaps it is an over-reaction after all, many journalists report false information all the time. But wasn’t Bocaranda’s Tweet irresponsible, especially given the context of a volatile political situation?

In Ecuador, President Rafael Correa has been widely condemned in the U.S. media in much reporting as well as commentary for suing a prominent journalist, Emilio Palacio, for defamation. The defamatory content was, in fact, serious. It relates to a 2010 incident in which Correa was first assaulted and then later held captive by rebelling police in what many observers deemed an attempt at a coup d’etat.

Military forces ultimately rescued Correa. But in a February 2011 column referring to the episode, Palacio alleged that Correa had committed “crimes against humanity,” and that he had ordered the military forces to fire on the hospital where he was being held at the time. So Correa sued Palacio for defamation and won. What some U.S. media outlets have failed to mention is that he subsequently pardoned Palacio, and had made clear from the beginning that he would have dropped the lawsuit if Palacio ran a correction.

In other words, all that Correa did was exercise his right as a citizen under the law to sue someone who had printed an outrageous lie about him. This is a right that most elected officials have in most countries, including the United States. Former AP reporter Bart Jones has written:

“Would a network that aided and abetted a coup against the government be allowed to operate in the United States? The U.S. government probably would have shut down RCTV within five minutes after a failed coup attempt — and thrown its owners in jail. Chavez’s government allowed it to continue operating for five years, and then declined to renew its 20-year license to use the public airwaves.”

Considering the massive extent of “national security” overreach following the 9/11 attacks, it is almost incomprehensible to imagine what a U.S. administration’s reaction to a coup attempt would be, but it certainly would not be as restrained as in Ecuador or Venezuela, where a fiercely critical press not only exists, but thrives.

Many commentators have cited Reporters Without Borders [known as RSF, from its French initials] and other media watchdog groups’ criticisms of Ecuador’s proposed new “Organic Law of Communication.” In an example of true irony, such supposedly objective journalists have been more critical of Ecuador’s proposed media reforms than RSF itself has been, which noted that:

“we think that other provisions conform to international legal standards. They include restrictions on broadcasting hours for the protection of minors, the prohibition of racist and discriminatory content and the prohibition of deliberate calls for violence. Finally, the provisions governing nationally-produced broadcasting content are broadly similar to those in force in most other countries.”

Organizations such as RSF and Freedom House are supposed to be impartial arbiters of press freedom around the world and are rarely subject to scrutiny. Yet both have taken funding from the U.S. government and/or U.S.-government supported organizations such as the National Endowment for Democracy (which was set up to conduct activities “much of [which]” the “CIA used to fund covertly,” as the Washington Post reported at the time, and which also provided funding and training to organizations involved in the afore-mentioned 2002 Venezuelan coup) and other “democracy promotion” groups.

The NED has spent millions of dollars in Venezuela and Ecuador in recent years to support groups opposed to the governments there. This conflict of interest is never noted in the press, and RSF and Freedom House, when they are cited, are invariably presented as noble defenders of press freedom, for whom ulterior motives are apparently unimaginable.

The true irony in the cases of Snowden, Assange, Manning and others is that the U.S. government, while claiming to defend freedom of the press, speech and information, has launched an assault on the media that is unprecedented in U.S. history.

The extreme lengths to which it has gone to apprehend (witness the forced downing of President Evo Morales’ plane in Austria) and punish (Bradley Manning being the most obvious example) whistle-blowers is clear. Apparently less understood by some U.S. journalists is that it is part of an assault on these very freedoms that the U.S. government pretends to uphold.

The U.S. government’s pursuit of Wikileaks through grand jury and FBI investigations, and open condemnation of Julian Assange as a “terrorist” is a blatant attack on the press. It seems too many journalists forget or willingly overlook that Wikileaks is a media organization, and that the leaks that have so infuriated the U.S. government, from the “Collateral Murder” video to “Cablegate”, Wikileaks published in partnership with major media outlets including the New York Times, The Guardian, Der Spiegel and others.

Now, as Edward Snowden’s leaks are published in The Guardian and other outlets, efforts have been launched to delegitimize journalist Glenn Greenwald, and some in the media have been all too willing to take part in attacking one of their own, simply for exposing government abuse i.e. doing journalism.

There is a long history of partnership between traditional, corporate media outlets in the U.S. and those in Latin America. Due to a variety of reasons, including educational, class and often racial backgrounds, journalists throughout the hemisphere often tend to share certain biases. It is the journalist’s duty to be as objective as possible, however, and to let the media consumer decide where the truth lies.

Likewise, eagerly going along with double standards that reinforce paradigms of “American exceptionalism” and that overlook the U.S.’ long, checkered human rights history and minimize the importance of over a century of U.S. intervention and interference in Latin America does a great injustice to journalism and the public.

Likewise, media distortions of the state of democracy and press freedoms in countries that are routinely condemned by the U.S. government such as Venezuela and Ecuador – contribute to a climate of demonization that enables U.S. aggression against those countries and damages relations between the people of the U.S. and our foreign neighbors.