The neocons and much of the mainstream U.S. news media are eager for another U.S.-sponsored “regime change” in the Middle East this time in Syria and President Obama has acquiesced to shipping guns to the rebels. But this slippery slope has hidden dangers, says Independent Institute’s Ivan Eland.

At the G-8 Summit in Northern Ireland this month, Russia faced pressure from the other seven attending nations to push Bashar al-Assad, its Syrian ally, to negotiate his abdication with the West. Since Assad and his Syrian government forces, well supplied by Russia with weaponry, are now winning the Syrian civil war, that outcome is extremely unlikely, and maybe even undesirable.

There is no question that Assad, like his father before him, is a ruthless dictator. Although he has not killed all of the more than 90,000 dead in the civil war, he has certainly used some indiscriminate battle tactics, leading to many civilian deaths. But the West never felt the need to intervene in civil wars that killed far more people, for example, 500,000 to 800,000 were killed in Rwanda and millions in conflicts in Congo and Sudan. 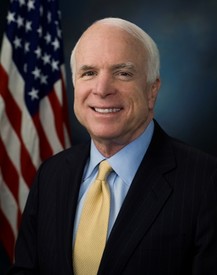 In addition, the most effective fighters on the Syrian rebel side are affiliated with al Qaeda, and Islamists lead other anti-government militias. The rebels have also committed human rights violations. Given the Islamist tendencies of the rebels, Russia’s fear of an Islamist takeover of Syria is understandable, especially its anxiety that Syrian Islamists will support Islamist militant fighters in Russia.

Also, any foreign nation desiring stability, tamped-down sectarian violence, and control over chemical weapons should favor Assad over the Islamist-dominant rebels. Say what you will about his authoritarianism, up until the start of the civil war, the Assads had ensured that a stable, if unfriendly, Syria abutted U.S. ally Israel.

A sectarian bloodbath in Syria, spreading to Iraq and Lebanon, which have similar ethno-sectarian groups, is more likely if the Sunni rebels would triumph in the civil war than if Assad does, according to Ramzy Mardini, formerly of the State Department’s Bureau of Near Eastern Affairs.

In fact, in addition to his ruling Alawite minority, an offshoot of Shi’i Islam, Assad still has the support of many urban Sunnis. Finally, although the governments of the United States, France and Britain have alleged that Assad has used chemical weapons on a small scale, things could be much worse if Islamist rebels got a hold of them in any post-Assad chaos or sectarian civil war.

So anyone wanting such weapons kept under control should best pull for Assad to win. But not the American government and its allies. Despite disasters in the making in Afghanistan, Iraq and Libya after eliminating unfriendly governments, Western nations just can’t pass up another opportunity to topple yet another excessively vilified ruler and replace him with a veneer of democracy.

As in Libya, the Western powers in Syria want to take advantage of an internal rebellion to settle a score by “gettin’” a caricatured despot while the “gettin’s good.”

The Western nations seem to think that they can ensure that all weapons they send to the fragmented Syrian opposition will be confined to pro-Western, not Islamist groups. If history is any guide, in the chaotic realm of war, the most ruthless, in this case al Qaeda and the other Islamists, will likely end up with the weapons and use them to take power or slaughter Shi’a, Kurds, and Christians.

During the guerrilla war in Afghanistan against the Soviet Union in the late 1970s and 1980s, the weapons the United States shipped to the mujahedeen rebels ended up in the hands of the most radical Islamist groups, thus helping to spawn al Qaeda. The United States recently experienced similar “blowback” in Libya when a group that had benefitted from direct U.S. involvement in toppling dictator Muammar Gaddafi killed the U.S. ambassador and other diplomats.

The American media, heavily influenced by interventionists such as Senators John McCain and Lindsey Graham, has predictably portrayed the rebels favorably, as democrats in waiting, and Assad as evil. However, the rebels have been guilty of human rights abuses, and may very well be not very democratic at all.

Most of all, Americans are tired of 12 years of endless war and will be unlikely to support what could be a slippery slope into American direct involvement in yet another pointless and destabilizing war in the Middle East/South Asia region. In his heart, the President Obama knows this and has been, until recently, laudably reluctant to escalate American involvement in a faraway country’s civil war.

Unfortunately, he has succumbed to pressure from McCain, Graham and others to send small arms to Syrian rebels. And when an attempt to even the odds in the civil war likely fails, inevitably pressure will build for direct U.S. involvement with a Libyan-style “no fly zone” or worse. It is already.

Catching wind that the White House was going to announce U.S. provision of small arms and ammunition to the rebels, McCain dashed to the floor of the Senate and declared that that wasn’t enough, the United States needed to institute such a “no fly zone.”

This escalation pressure is made potent by the Cold War mentality that still exists in Washington more than two decades after it ended. The U.S. government sees the side in Syria’s civil war supported by its adversaries, Russia and Iran, winning and reflexively, as a superpower, feels it will be seen as weak if it doesn’t take action to endure the opposite side does not go down to defeat.

Yet in a less threatening post-Cold War world, U.S. politicians should instead realize that whether or not Assad survives in Syria has little effect on the security or the vital interests of the United States. It may more affect Israel’s security, but Israel is dominant in the region militarily including possessing the only nuclear arsenal in the area and can more than take care of itself.

Besides, with a $17 trillion public debt, which is a much bigger threat to its ultimate security, the United States can no longer afford to intervene in far-flung, unimportant brushfire wars.

← The Marriage of Libertarians and Racists
How Israel Alienates Arab Citizens →

6 comments for “The Slippery Slope into Syrian War”