By cozying up to Israeli hardliners and embracing Official Washington’s hostility toward Iran, President Obama may be squandering an opportunity to resolve the Iranian nuclear dispute and inviting a worsening crisis in the Middle East, as Flynt and Hillary Mann Leverett explain.

Contrary to conventional wishful thinking in American policy circles, developments in the nuclear talks between Iran and the P5+1 and the Iran-related messages coming out of President Barack Obama’s trip to Israel strongly suggest that the risk of a U.S.-initiated military confrontation with Tehran during Obama’s second term are rising, not falling.

This is because Obama’s administration has made an ill-considered wager that it can “diplomatically” coerce Iran’s abandonment of indigenous nuclear fuel cycle capabilities. This is dangerous. For it will become clear over the next year or so, the timeframe Obama himself has set before he would consider Iran able to build nuclear weapons, that the bet has failed. 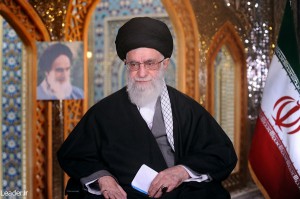 If the administration does not change course and accept Iran’s strategic independence and rising regional influence, including accepting the principle and reality of internationally-safeguarded uranium enrichment in Iran, it will eventually be left with no fallback from which to resist pressure from Israel and its friends in Washington for military strikes at least against Iranian nuclear facilities.

The just-concluded technical discussions in Istanbul between Iran and the P5+1 should dispel triumphalist optimism about the prospects for progress in nuclear diplomacy with Tehran. After higher-level political talks in Kazakhstan last month, some prominent Iran experts declared that U.S.-instigated sanctions had gotten the Iranians back to the table, perhaps ready to make a deal along lines dictated by the Obama administration.

But a sober reading of the Istanbul meeting says otherwise: Iran has not been “softened up” by sanctions. (Based on our observations in Iran, only those who haven’t been there recently could possibly think that sanctions are “working” to bring Iran’s population to its knees and change official decision-making.)

Tehran’s conditions for a long-term deal remain fundamentally what they have been for years, above all, U.S. acceptance of Iran’s revolution and its independence, including its right to enrich under international safeguards. Just as importantly, the Obama administration is no more prepared than prior administrations to accept the Islamic Republic and put forward a proposal that might actually interest Tehran.

And Obama’s ability to modify sanctions in the course of negotiations, or lift them as part of a deal, is tightly circumscribed by laws that he himself signed, belying the argument that sanctions are somehow a constructive diplomatic tool.

In Istanbul, U.S. officials provided more details about the proposal advanced by the P5+1 in Almaty (itself a slightly modified version of a proposal initially tabled last May). And their Iranian counterparts had essentially the same negative reaction as before.

The proposal calls on Iran to stop enriching uranium at the 20-percent level needed to fuel an internationally safeguarded research reactor in Tehran that makes medical isotopes, to ship abroad most of the 20-percent enriched uranium it has already produced, and, in effect, to shut down the new enrichment site at Fordo it has built inside a mountain to protect it from being bombed.

In return, Iran would receive only marginal sanctions relief: Washington would waive, for six months, the imposition of recently legislated measures threatening to sanction third countries that supply gold or other precious metals to the Islamic Republic.

In Istanbul, Iranian representatives rejected the American terms as lacking in “balance between what they are asking and what they are offering.” U.S. negotiators told the Iranians that, after six months, Washington might be willing to temporarily waive more consequential banking and financial sanctions, but that it would then also demand “more significant steps” from Tehran.

In Istanbul, the U.S. side declined to say what those might be. Privately, though, Obama administration officials say that their goal remains a complete halt to Iranian enrichment.

This is a recipe for diplomatic failure and, before the end of Obama’s presidency, strategic catastrophe. The United States is reaching the end of its ability to threaten ever more severe sanctions against third countries doing business with Iran, but rarely implement such “secondary” sanctions, without eroding the deterrent effect of the threat.

Moreover, Tehran will continue developing its indigenous nuclear capabilities. Iran is now enriching at the 3-4 percent level needed to fuel power reactors and at the 20-percent level needed to fuel its research reactor. It will continue to expand and update its centrifuge infrastructure, and could easily begin enriching at higher levels, for maritime reactors, in connection with its space program, or for other legitimate purposes.

All will be done under International Atomic Energy Agency monitoring, and the Agency will continue to report that Iran is not diverting nuclear material from its declared nuclear facilities.

But this will do nothing to alleviate Israeli concern that a nuclear-capable Iran is an unacceptable challenge to Israel’s freedom of unilateral military initiative, or Israeli pressure on the Obama administration to degrade Iran’s nuclear capabilities through war.

Under these circumstances, Obama will face a choice as fateful as it is unpalatable. He could, in effect, admit that the United States no longer has the wherewithal to dictate strategic outcomes in the Middle East. This is reality, but a reality that any American president would be loath to affirm so openly.

Or, to avoid acknowledging this reality, he could launch another war to disarm yet another Middle Eastern state of weapons of mass destruction it does not have, not to remove a chimerical “existential threat” to Israel, but to protect Israel’s military dominance over its own neighborhood. This would prove disastrous for America’s strategic position, in the Middle East and globally.

The only way out of this self-generated dilemma is serious diplomacy, that treats Iranian interests in a serious way. But this would require the Obama administration to do something that not even a re-elected President Obama has shown a willingness to do, to accept the Islamic Republic of Iran as an enduring political entity representing legitimate national interests, and to come to terms with it as an unavoidably important player in the Middle East.

Flynt Leverett served as a Middle East expert on George W. Bush’s National Security Council staff until the Iraq War and worked previously at the State Department and at the Central Intelligence Agency. Hillary Mann Leverett was the NSC expert on Iran and from 2001 to 2003  was one of only a few U.S. diplomats authorized to negotiate with the Iranians over Afghanistan, al-Qaeda and Iraq. They are authors of the new book, Going to Tehran. [This article was originally published at Al Jazeera and Huffington Post.]

← The WPost’s Unbridled Arrogance
Facing Up to US War Crimes →