Exclusive: With solid Republican opposition and many Democrats scared of the gun lobby, Congress is turning its back on a renewed assault weapons ban, a collapse made easier by the refusal of Newtown officials to release crime-scene photos of the bullet-riddled bodies of 20 first-graders, writes Robert Parry.

As a father and grandfather, I appreciate the feelings of those Newtown, Connecticut, parents who don’t want the gruesome crime-scene photos of last December’s massacre released. But it is now imperative that the people of the United States and especially the Congress face up to the horrible realities resulting from the nation’s cavalier attitude toward assault weapons.

If we are to prevent future Newtown massacres, we need as a country to study what actually happens to human beings when they are subjected to the violence of these powerful weapons. Yet, viewing these awful photos is equally necessary if we as a nation decide to place some twisted notion of what the Framers intended in the Second Amendment over the bodies of these 20 first-graders and the many other victims from mass killings. 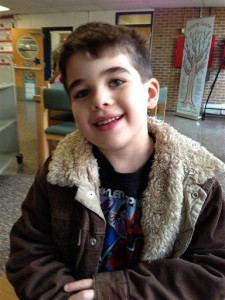 It was unpleasant, too, for Americans to be confronted with photos of the My Lai massacre in Vietnam, but without the public release of those images, the reality of that war would never have been understood. Similarly, in the 1950s, the mother of 14-year-old lynching victim Emmett Till insisted that people see her son’s mutilated body.

In both cases, the images galvanized the consciences of honorable Americans to do something to prevent recurrences of these atrocities. However, even those who wanted to continue the Vietnam War or who favored maintaining racial segregation in the South needed to look at the images so their beliefs could be measured against real human costs.

Similarly, we must all look at these bullet-riddled six-year-olds, some of them literally ripped to pieces by multiple gunshots from an AR-15 rifle. For some of us, such an experience as distressing as it would be would strengthen a determination to take action. For others who believe that the Second Amendment gives them the right to own any weapon they want and carry it wherever they please, seeing the dismembered school children would give them a new way to value their “right.”

If, after all, the “right to bear arms” is so precious, it would be even more precious after seeing the torn flesh and the fresh blood of these 20 tiny schoolchildren and their six brave teachers. Each time, these “gun rights” enthusiasts shout out their truncated version of the Second Amendment leaving out the parts about “a well-regulated militia” and the “security of a free state” they could have these images of mangled children flash through their minds.

It would be a value-added to their Second Amendment pride. It would remind them that their “right” is even more valuable than the lives of innocent children.

Or, it might give these true-believers reason to rethink their absolutism and perhaps study the real history in which the Framers never viewed the Second Amendment as a “libertarian” right to rise up against the government, but rather as a practical necessity for states to maintain order and to put down armed rebellions. [For details, see Consortiumnews.com’s “More Second Amendment Madness.”]

Though some of the Newtown parents have understandably recoiled at the thought of seeing photos of their children’s shredded bodies piled together or scattered about their classroom, one mother, Veronique Pozner, grasped the importance of facing the grim truth. She insisted that Connecticut Gov. Dannel Malloy see the body of her son Noah at his open-casket funeral in December.

The bottom half of Noah’s face was covered by a cloth. That was because his mouth and jaw had been blown away as had his left hand. He had been shot 11 times.

“I owed it to him as his mother, the good, the bad, the ugly,” Pozner told a reporter. “It is not up to me to say I am only going to look at you and deal with you when you are alive, that I am going to block out the reality of what you look like when you are dead. And as a little boy, you have to go in the ground. If I am going to shut my eyes to that I am not his mother. I had to bear it. I had to do it.”

As painful as her message was, Pozner was right. The horrifying facts of the massacre like the 20 children who died that day belong to all of us since we live in a democratic Republic in which all citizens bear responsibility for the laws that do or don’t protect our society.

We owe it to the little victims of Newtown to view the crime-scene photos and to listen to their silent witness as to what “gun rights” actually mean.

← Bowing to Second Amendment Myths
The Cusp of Ecological Disaster →