Even as Democratic leaders propose gun-safety laws after the slaughter of 20 first-graders in Newtown they try to sound “reasonable” by genuflecting to the myth of Second Amendment “rights.” But this acceptance of right-wing propaganda is dooming these life-saving initiatives, says Beverly Bandler.

I sent a message to Vice President Joe Biden after reading an article by Josh Lederman in the Huffington Post, which quoted the Vice President as saying that: “the notion of registering guns crosses a cultural line, noting that unlike cars, which must be registered, guns are explicitly protected by the Constitution.”

But guns are not“explicitly protected by the Constitution.” 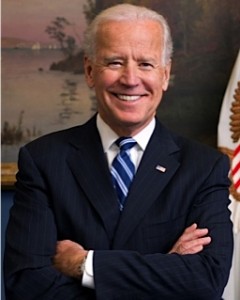 I am an ardent Democrat, but frankly, being an active member of the Democratic Party is increasingly frustrating in the extreme. We have so many intelligent, decent and hardworking progressives (real Democrats) in the party, but too frequently the impression left by prominent leaders is that either they are insufficiently educated about the Constitution and U.S. history (and Democratic principles). Or perhaps they have momentary lapses of memory and/or disconnects between brain and lip so typical of politicians with superficial “convictions.” Or maybe they are spinelessly intimidated by the National Rifle Association.

As Mark Twain once said:  “A lie can travel half way around the world while the truth is putting on its shoes.” That the Second Amendment lie perpetrated by the NRA and others has been costly is an understatement. It is time to correct it.

It is comforting to see that at least one major U.S. newspaper is trying to set the record straight: The Newark, New Jersey, Star-Ledger interviewed law professor and author Adam Winkler last December. The Star-Ledger quotes Winkler:

“We think of gun control as a modern 20th century invention, but in fact we’ve had gun control since the beginning of America. The Founding Fathers had gun laws so restrictive that the leaders of today’s NRA wouldn’t support them.

“The Founding Fathers did not view the Second Amendment as a libertarian license for anyone to have any gun, anywhere he wanted. They restricted large portions of the population who they thought to be untrustworthy from possessing firearms.

“Not only were slaves and free blacks barred from having guns, but at times even law-abiding white men. If you weren’t willing to swear an oath of loyalty to the revolution, you were subject to disarmament. We’re not talking about traitors here. We’re talking about Americans who were exercising their freedom of conscience to oppose the war.

“The Founding Fathers also had very strict militia laws that required gun owners to appear at mandatory musters with their firearms in tow. The militiamen’s guns would be inspected and even registered on public rolls.”

A similar reality regarding gun control existed in Wild West towns, Winkler noted: “When you went into a frontier town where the civilized people lived, you had to check your guns at the marshal’s office. The famous gun havens of Dodge City, Kan.; Tombstone, Ariz.; and Deadwood, S.D., had the most restrictive gun laws in the nation. They all banned carrying any firearms in public.” [See “Why the NRA once led the fight for gun control.”]

Here is my letter to Vice President Biden:

A key reason the Assault Weapons Ban bill failed and the nation continues to face an uphill battle for gun control as a means to help combat the crisis of gun violence is the mindless repetition of the falsehoods that: “guns are explicitly protected by the Constitution” and gun laws infringe on “rights” provided by the Second Amendment.

Conservatives in both political parties believe they have “gun rights” that they do not have.  Article 1, Section 8 of the U.S. Constitution and the Second Amendment do not give them the right to own and maintain personal firearms and arsenals of military design or any other kind. The Framers were clear:

Article 1, Section 8 of the U.S. Constitution: “The Congress shall have Power…To provide for calling forth the Militia to execute the Laws of the Union, suppress Insurrections and repel Invasions; To provide for organizing, arming, and disciplining, the Militia, and for governing such Part of them as may be employed in the Service of the United States, reserving to the States respectively, the Appointment of the Officers, and the Authority of training the Militia according to the discipline prescribed by Congress;” (1787)

The Second Amendment: “A well regulated Militia, being necessary to the security of a free State, the right of the people to keep and bear Arms, shall not be infringed.” (1789)

We appreciate your personal efforts and those of the President in the gun violence fight. But with all due respect, the President’s plan to reduce gun violence and all gun control efforts are undermined when the deliberate propaganda disseminated by the National Rifle Association and other radical, right-wing operatives is reinforced by Democratic leaders.

References:
Bogus, Carl T.  ed.  The Second Amendment in Law and History: Historians and Constitutional Scholars on the Right to Bear Arms. (2001)
Stone, Geoffrey R. “Understanding the Second Amendment.” The Huffington Post, 2012-01-09.
Wills, Garry.  “To Keep and Bear Arms.” The New York Review of Books, 1995-09-21.
Winkler, Adam. Gunfight: The Battle over the Right to Bear Arms in America. (2011)