Exclusive: For years as a police officer and Navy reservist, Christopher Dorner was what the NRA would call “a good guy with a gun,” but something snapped when he was fired from the LAPD, transforming him into “a bad guy with a gun,” an important new argument for gun control, says Robert Parry.

The tragic case of Christopher Dorner, who allegedly killed four people before dying of an apparently self-inflicted gunshot to the head during a fiery standoff in California last week, underscores the central fallacy of the National Rifle Association’s idea about arming “good guys” with guns to kill “bad guys” with guns.

One obvious problem with the NRA argument is that “good guys” can very quickly become “bad guys.” Dorner, a former Los Angeles police officer and Navy reservist, experienced what he considered racist injustice at the hands of his police superiors and that seems to have driven him into a vengeful rampage. 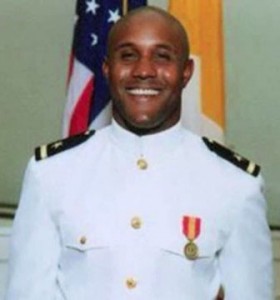 Indeed, most shooting deaths in the United States involve ordinary people who would pass a background check and thus obtain a gun legally. It is only after some event sets them off some grievance, some failed romance, some flash of temper, some perceived threat that they use a gun to kill another person (or to take their own life).

While ending loopholes in background checks clearly makes sense, it is not so easy to define when a person’s mental illness is severe enough to disqualify him or her from acquiring a gun. Nor is it easy to know when an intervention is necessary to disarm someone. Even how to disarm a person is a challenging and potentially dangerous issue that could touch off violence rather than prevent it.

Adam Lanza, the troubled young man who killed his mother and 26 others (including 20 first-graders) in Newtown, Connecticut, used his mother’s legally purchased AR-15 semi-automatic assault rifle to carry out the murders, first shooting his sleeping mother in the face before heading to Sandy Hook Elementary School. Lanza’s mother presumably misunderstood how serious her son’s mental instability had become.

For many years, American shooting rampages were known as “going postal” because some earlier mass killings were committed by postal workers who snapped under the time pressures of their work environment. Presumably, these postal workers were “good guys” until they suddenly became “bad guys.”

In Dorner’s case, his work grievances accumulated over time, after he reported what he claimed was excessive violence used by one of his police superiors. However, an internal police investigation sided with Dorner’s superior and deemed Dorner a liar who was then dismissed from the force.

Dorner’s dismissal sent his life into a downward spiral, finally leading to the shooting spree which ended last Tuesday in the mountains above Los Angeles. Dorner, 33, was cornered in a cabin before apparently shooting himself as the cabin burned, police said. Dorner’s charred remains were pulled from the wreckage.

Ironically, even as Dorner armed himself, he condemned the ease with which he obtained powerful weapons, including semi-automatic assault rifles that could be converted into fully automatic weapons. In a 6,000-word manifesto recounting his grievances and condemning the LAPD as racist Dorner also praised legislative proposals to restrict access to guns.

“These do not need to be purchased as easily as walking to your local Walmart or striking the enter key on your keyboard to ‘add to cart’. All the firearms utilized in my activities are registered to me and were legally purchased at gun stores and private party transfers.

Despite the obvious contradictions between Dorner’s opinions and his actions, the final days of his life underscored why many of the more modest proposals to reduce gun violence would fail to achieve the sort of public safety that could begin to make shooting deaths much less common.

While requiring background checks and expanding mental health care surely make sense, a strategy that doesn’t restrict the sale of assault weapons and high-quantity magazines would just as surely guarantee many more massacres in the future.

Further, the Dorner case exposes the nuttiness behind the declaration by NRA executive Wayne LaPierre that “the only thing that stops a bad guy with a gun is a good guy with a gun” — and his suggestion that school personnel should be armed to fend off the next Adam Lanza.

As the example of ex-police officer Dorner demonstrated, the only thing between a good guy with a gun becoming a bad guy with a gun is some extreme experience of anger, disappointment or desperation. So, arming up the U.S. population instead of beginning a process of de-escalation only assures more senseless killings.

Putting more guns in the hands of teachers, principals, janitors or even police guards at schools simply multiplies the chances for the next Christopher Dorner to snap.