After the 9/11 attacks, the smart response might well have been to denounce the killings as a monstrous crime and treat al-Qaeda as outlaws to be brought to justice. But President Bush’s tough-guy response was to declare the crime a “war” and ensnare the U.S. in a conflict with no end, as Lawrence Davidson explains.

In the halls of Congress and confines of the Oval Office, the perception is that the U.S. is at war with an enemy called al-Qaeda. Is this actually the case or is the claim an exaggerated piece of propaganda that has conveniently captured the minds of leaders whose abuse of power has become institutionalized?

In modern history “war” most often describes a condition of armed conflict between two or more states. War is also a condition that has a discernible beginning and a definite end. Your state officially declares war, you take territory, destroy the other state’s army, its government raises a white flag, signs a cease fire or, preferably, a peace treaty, and that’s that. 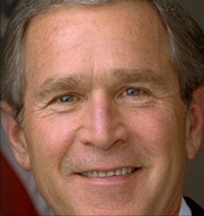 Sometimes, a national government will want to hide the fact that the nation is at war and, as in the case of the United States in Korea (1950s) or in Vietnam (1960s), it does so through a blatant, but no less effective, bit of propaganda: in place of a declaration of war it goes about calling its violent behavior a “police action.” In truth, however, these add up to wars waged against other states.

So, at least from the point of view of custom and tradition, not just any category of hostilities can be a “war.” For instance, feuds, vendettas, punitive actions, ethnic violence, tribal hostilities and the like, as bloody as they might be, are not traditionally thought of as wars.

The War on Terror

Unfortunately, the traditional definition of what constitutes a war is changing and not for the better. Back in 2001 the United States was attacked by a shadowy organization called al-Qaeda. Al-Qaeda was not a nation nor a government nor a state of any sort. Perhaps it was a loose collection of several thousand like-minded people bound together by an ideologically similar worldview, as well as a stark sense of being wronged.

I think it is accurate to say that al-Qaeda devotees saw themselves “at war” with the United States because, they believed that the U.S. had attacked the Muslim “umma,” or community. Osama bin Ladin, the head of al-Qaeda, said as much in his public “declaration of jihad” released in 1996.

However, al-Qaeda’s perspective was not binding on the American government and, in truth, it makes no sense at all for the United States to say it is at war with an entity that, from the Western point of view, was, and to some extent still is, little more than a bunch of saboteurs.

Perhaps the speechwriters and government public relations officers back in 2001 understood this dilemma and so, instead of declaring that the U.S. was at war with al-Qaeda, they concocted the term, “war on terror.” It was an interesting side-step, but it too made no sense.

As has been said so many times before, terror is a tactic, and one that is used by many more groups than al-Qaeda. Governments too, even the U.S. government on too many occasions, use “state terror” against other peoples. Nonetheless, it was not long before U.S. officials and politicians were using the “war on terror” to justify all of its reactions to the 9/11 attacks.

Under the Bush administration this may have started out as propaganda. President George W. Bush wanted war, but his targets were as yet conventional nation states. Bush was a cowboy, a “bring’em on” kind of guy who was prone to playing fast and loose with language and rules, to say nothing of truth. He did all of this to get at those on his “enemies list.”

Al-Qaeda and the “war on terror” then, were tied to those states that Bush wanted to invade. Afghanistan was an obvious one, but really, for the administration, was an unavoidable diversion from more important targets. Soon after the 9/11 attacks Bush demanded that the Taliban rulers in Kabul turn over Osama bin Laden (who was a “guest” in that country). When they equivocated and asked for evidence that bin Laden was involved in the crime, Bush did not even answer. He just pulled the trigger.

Iraq was harder to bring off. The administration had to contrive a connection between bin Laden and the Iraqi dictator Saddam Hussein. Then they arranged to supply themselves with fallacious intelligence about alleged weapons of mass destruction in Iraq. If “Operation Iraqi Freedom” had gone as they expected, the next target was to be Iran.

None of this would have been possible if the 9/11 attacks had not put the entire country into a panic. It is moments like these when no one is thinking straight that one makes the mistakes which, in the future, one can’t help but regret.

So, with the nation running scared, our Congress passed the Authorization for the use of Military Force, which allowed the President to use military force against countries and groups that supported the 9/11 attacks. That was the turning point. With the “war on terror” as a one-size-fits-all cover, the government could say we were “at war” with anyone allegedly tied to al-Qaeda and 9/11. Now, George W. Bush and his compatriots were unleashed.

Thanks to the Orwellian Patriot Act, another 2001 piece of legislative panic, the U.S. got suspension of habeas corpus, indefinite detention, searches and seizures without warrants, wiretaps without effective court oversight, and the FBI asserting the right to force your local librarian to tell them what books you borrow. All of which the American Civil Liberties Union correctly identifies as serious erosions to U.S. constitutional rights.

There is something disturbingly common about all of this. The “war on terror” that seems constituted to never end and the Patriot Act with which no real patriot could ever rest easy, are at once products of and facilitators for abusive impulses that, historically,  people in power are both loath to admit to and equally loath to surrender.

To wit:  Barrack Obama’s claim that he has “legal” justification (no one bothers claiming a moral justification) to kill anyone, including U.S. citizens, identified by some anonymous “informed high U.S. government official” as an al-Qaeda member posing an “imminent” danger to the United States.” There are all kinds of problems with this claim. As Marjorie Cohn has pointed out, clear evidence of an “imminent” attack is, in practice, not required. Just some official’s belief will do.

However, right now these are not the problems I wish to focus on. What interests me is that just about every modern U.S. president has broken domestic and international law in one way or another. While some turn out to be worse than others, they all do it. It doesn’t matter if it was Richard Nixon or Lyndon Johnson, Jimmy Carter or Ronald Reagan, Bill Clinton, George H.W. Bush and certainly his son, or Barack Obama. Nor, of course, is this loathsome phenomenon unique to our leaders in Washington. How come?

Here are some possible answers:

— An historical lack of accountability. Right from the founding of the nation there has been an unspoken assumption that, under certain circumstances, the president can break the law. Here are just a few early examples of this sort of notorious behavior: Andrew Jackson’s ignoring the Supreme Court in order to rob the Cherokee; James Polk’s lying to Congress to start a war with Mexico; Woodrow Wilson’s deplorable record of arresting and jailing non-violent dissidents during World War I.

And, in each instance nothing happened to these presidents. They got away with breaking the laws they were sworn to uphold. This record inevitably has created a precedent that is for all intents and purposes institutionalized. Our modern presidents are just following the historical bearing.

I remember when Richard Nixon was exposed as the “master mind” behind the Watergate burglary. Most people were going about saying that it was unthinkable to send a president to jail. My response at the time was that it was exactly because Nixon was the president that he must be sent to jail. Instead, he was pardoned and reemerged as the publicly acclaimed guru of foreign policy.

—  Groupthink. When politicians run for office their constituency is the pool of voters who are eligible to elect them. The politicians will speak to the likes and dislikes of the voters and propose policies that cater to their concerns. What happens after they are elected? The fact is that their constituency changes. In office, their immediate constituency becomes the political party to which they belong, its needs and, most significantly, its perceived obligations to the interest groups and lobbies which supply most of the party members with campaign funds.

This reorientation to a new constituency creates a narrowed informational environment. For instance, in the case of the president, information gathered by the mired intelligence agencies becomes acceptable or unacceptable according to its compatibility with the demands of the new constituency.

The situation must influence who a president chooses for his advisers and cabinet members, for the entire group will now go about creating policies and proposing legislation shaped under the influence of these special interests. The whole process restructures the perception of what is politically desirable and what is politically possible.

Within this narrowed world, there exists the unspoken acceptance of criminal behavior on the part of the president, particularly in the realm of foreign policy. If there are disputes between Congress and the Executive Branch in regard to such behavior, the best one can hope for is a Congressional demand for oversight.

So, in terms of drones and assassination, what you now have is the demand for some sort of judicial court (a sort of Star Chamber) to oversee the foul play. Otherwise, Congress and most of the special-interest constituents accept the abuse as almost normal behavior. This makes the president’s cabinet room a safe haven for the creation and rationalization of criminal conspiracies.

There are no doubt other social forces at work that facilitate the creation of such policies as assassination, indefinite detention, torture and entrapment. But, with the exception of a handful of civil liberties organizations, there has been no popular resistance to the long-term drift into official criminality. Today’s public, reconciled to all of this by propaganda and the fear it creates, will not protest in any politically significant way, even though polls indicate that, when asked, they are uneasy with all of it.

One suspects that none of this institutionalized abuse of power is really necessary to assure national security. With a bit of imagination and a lot of public discussion, other ways, compatible with the Constitution, can be devised to meet the safety needs of the community. But, alas, from within the walls of Washington’s narrowed informational environment, no one thinks outside the box, and no significant change for the better can be expected.

5 comments for “Locking In the Abuses of War”