Many Americans are still shocked that Wall Street bankers who ruined the economy escaped any serious punishment from government regulators. But one problem is that many of those regulators, including the new choice to head the SEC, have been rotating through the golden revolving door, say Bill Moyers and Michael Winship.

The New York Times reports that White and her husband, who’s also a corporate litigator, have a net worth of at least $16 million and investments that might be valued as high as $35 million. Now, courtesy of President Barack Obama, Mary Jo White’s been named to head the SEC, the Securities and Exchange Commission, the very agency that regulates her clients and everyone else doing business in the stock market. 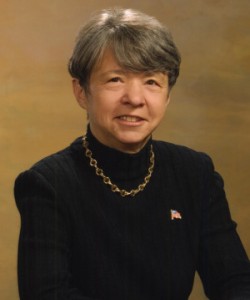 But as they say on late night TV, wait, there’s more! Join us for our latest episode of “As the Door Revolves” in which the door spins even faster between the SEC and big business. According to a major new report from the nonpartisan watchdog POGO the Project on Government Oversight, hundreds of the agency’s former employees have done or are doing business with the SEC on behalf of the corporations the agency is supposed to regulate.

Imagine, hundreds with an intimate knowledge of how the place works advocating for their clients with friends at the SEC, colleagues who themselves may be looking for a big payoff when they, too, leave government. From 2001 through 2010, 419 SEC alumni filed nearly 2,000 disclosure forms saying they would be representing companies or individuals coming before the commission.

And that’s only the “tip of the iceberg,” POGO says, “Because former SEC employees are required to file them only during the first two years after they leave the agency.” In other words, after that first couple of years there are no official records kept so we can’t know how vast the problem is or even how far back it goes.

No wonder the SEC has granted special waivers to business on some 350 occasions that, according to the report, “softened the blow of enforcement actions.”  What’s more, a year ago, The New York Times reported that “Close to half of the waivers went to repeat offenders, Wall Street firms that had settled previous fraud charges by agreeing never again to violate the very laws that the SEC was now saying that they had broken.” The plot thickens, or in this case, sickens.

POGO also notes that in three instances, from 2008-2012, when there were cases against UBS, the Swiss investment bank retained ex-SEC attorneys to argue on its behalf and was, in the words of the Times, “granted relief.” And when Obama’s first SEC chair, Mary Schapiro, pushed for reform of the $2.6 trillion money markets business, it was lobbied against by at least half a dozen former SEC staffers, and opposed by the two Republicans on the commission and one Democrat, Luis Aguilar, who used to be an executive vice president with the money management firm Invesco.

The POGO report says that shortly after “Invesco sent a team to meet with Aguilar at the SEC and tell him why tightening rules for money market funds was a bad idea,” he came out against Schapiro’s plan, Coincidence? Aguilar told POGO there’s no connection. Sure.

When George W. Bush was president and named Chris Cox to run the SEC, we screamed like bloody murder, because Cox had been a partner at a huge global law firm whose client list included Deutsche Bank and Goldman Sachs. Now Obama’s pushing his choices through that same revolving door.  It’s called “regulatory capture”, the takeover of government agencies by the very corporations they’re supposed to keep an eye on, to protect everyone’s investments and pensions against abuses of private power.

What’s next? Stay tuned. In the next few weeks, Mary Jo White will sit for her confirmation hearing and doubtless will be asked all about this by a committee stacked with politicians whose big donors include the financial industry. You can read the complete POGO report and forward it to your own Member of Congress, then open your window and scream.