Like apartheid South Africa, Zionist-ruled Israel must face the contradiction between being a modern democracy respecting equal rights for all and a state favoring one group over others. The logic of the second route is ever-increasing repression, as the case of Haneen Zoabi reveals, writes Lawrence Davidson.

Haneen Zoabi is an Arab Israeli member of Israel’s parliament, the Knesset. She was elected in 2009 as a member from the Balad Party, an Arab political entity formed in 1995 with the aim of “struggling to transform the state of Israel into a democracy for all its citizens.”

In most countries of the West, this would be a perfectly normal goal, but not to Israel’s Zionist ideology which views Balad’s aim as in direct opposition to the Zionist idea of Israel as a “Jewish state,” a concept that Ms. Zoabi labels “inherently racist.” 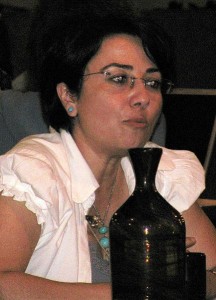 In taking these stands, Haneen Zoabi appears to be fearless, a person who actually lives her principles. She has been campaigning loudly and very publicly for full citizenship rights for Israel’s Palestinians. She has also actively opposed Israel’s settlement movement, occupation policies, and its siege of Gaza.

That last effort led her to participate in the international flotilla that sought to break the Gaza siege in May 2010. That was the time Israeli commandos attacked the Mavi Marmara in international waters, killing nine Turkish activists who tried to resist the assault on their ship.

In an outright dictatorship, Ms. Zoabi would be in jail or worse.  And, given the direction of Israel’s political evolution, that still might be her fate. However, as of now she is just the worst nightmare of an ethnocentric state, and a government pushing racist policies while trying to pretend it is a democracy.

It is a nightmare for the Israel’s Zionist leadership because Zoabi, as a member of the Knesset, insists that if the Israeli Jews won’t allow full citizenship for non-Jews, as a real democracy must, then she is not going to let them pretend anymore. Yet pretense is all that is left of Israel’s international persona anid its posturing as “the only democracy in the Middle East.” The country’s reputation in the world is, as the saying goes, fit for the dust bin.

Think of it this way:  Israel is the nation-state equivalent of Oscar Wilde’s fictional character Dorian Gray, a man who never seems to be anything but young, good-looking and successful. However, hidden away in some closet, there is an extraordinarily ugly and frightening portrait of him, and it is this portrait that ages and reflects the meanness and brutality of Gray’s true character.

Haneen Zoabi has uncovered such a portrait of Israel and insists on going about showing everyone the state’s real characteristics. She wants the world to see the true picture. That is why the Israeli government is trying to destroy Haneen Zoabi.

The catalyst for the campaign against Zoabi was her presence on the Mavi Marmara in 2010. Not only was she on a ship attempting to bring humanitarian assistance to over 1.6 million Gazans living under an illegal Israeli embargo, but she was also an eyewitness to nine official Israeli acts of murder.

With the assault on the Mavi Marmara, Israel added a deadly attack on a civilian vessel in international waters to its other acts of collective punishment, including the shelling and bombing of civilian neighborhoods and the seemingly random murder of civilians by Israeli border snipers.

All of these actions are criminal under international law and all easily fall into the category of state terrorism. However, in the Kafkaesque world of Zionism, it is Zoabi who became the terrorist.

On June 2, 2010, when she returned to the Knesset following the the Mavi Marmara incident and insisted on bearing witness to Israeli offenses, she was shouted down by her “outraged” fellow members of the Knesset, most of whom saw Zoabi as a traitor. Her efforts to describe what she had seen reduced the Knesset session to “pandemonium.”

From that point, Ms. Zoabi received hundreds of threats by letter, by e-mail and by phone. In July 2011, while contesting statements being made by Prime Minister Benjamin Netanyahu, she was ejected from the Knesset by the chamber’s Speaker who then suspended her from further participation based on a grossly exaggerated charge that she had assaulted one of the chamber’s ushers.

Meanwhile, members of the Prime Minister’s party, Likud, conspired to ban Ms. Zoabi from running in the upcoming Israeli elections (scheduled for Jan. 22). The Knesset’s Ethics Committee voted that Zoabi had violated Article 7A of Israel’s “Basic Law” which states that a candidate for or member of the Knesset, “cannot reject Israel as a Jewish and democratic state … or support armed combat by an enemy state or terror organization against the State of Israel.”

Some Israelis claim that the group organizing the flotilla efforts to break the Gaza siege is a terrorist organization, but that is clearly nonsense. On the other hand, there can be little doubt that Ms. Zoabi is shouting from the rooftops the blatant fact that “Israel as a Jewish and democratic state” reflects a deep and tragic contradiction.

According to such luminaries of the Israeli Right as MK Danny Danon, Ms. Zoabi has “spit on the state.”  She does not belong in the Knesset, according to Danon, “she belongs in jail.” (Danon is also the politician who had the clever idea of inviting Glenn Beck, an incendiary right-wing American TV talk show personality, to address the Israeli parliament.)

Subsequently, Israel’s Supreme Court declared that the banning of Haneen Zoabi was unconstitutional, but Danon has replied that he and his allies are ready with “Plan B.”  They will simply have the Knesset change the law so as to prevent future electoral campaigns by anyone like Zoabi.

Politicians with dictatorial leanings instinctively avoid their own reflection. They cannot admit the consequences of their own actions and policies and they cannot tolerate others who publicly expose those consequences. Like Dorian Gray, they restrict the ugly truth to some hidden closet. Yet, eventually, someone like Ms. Zoabi comes along and takes up the role of truth-teller.

There is another issue that her efforts bring to light: the interests of the state (understood here as a government) and the interests of the nation (the collective occupants of a country) may not always be the same. Governments most often represent cliques or classes or elites or ideologues, etc. Those in power, ruling in the interest of these smaller constituencies, simply assume that their own parochial interests stand for the “national interest.”

Ms. Zoabi is insisting that the Israeli State cease identifying itself with the interest of a single constituency and start representing the interests of the nation as a whole. What this is all about, she says, are “the values, the humanistic, universalistic values of freedom, of equality, of justice.”

But there is nothing “universalistic” about Zionism and so, for her efforts, she is castigated and threatened. Such is the state that Zionism has built.