Exclusive: Current TV’s core failure was the choice by its founder Al Gore to avoid political conflict in 2005 when President George W. Bush was near the height of his powers. That act of cowardice made the “progressive” network largely irrelevant to the biggest battles of the last decade, says Robert Parry.

Al Gore’s soon-to-be-defunct Current TV should serve as a case study for American progressives on how not to construct a media outlet. It was a failure in nearly all respects, with possibly its only lasting contribution the fact that its sale to Al Jazeera may finally give that important media voice from the Islamic world a foothold in the United States.

The biggest error committed by Gore and his partner Joel Hyatt occurred at Current’s founding in 2004-05 when the project intentionally ducked what was then the most important fight underway for the future of America, whether President George W. Bush’s strategy for a permanent Republican majority would go unchallenged. 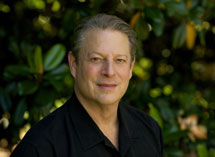 Gore specifically swore off any political leanings for the new network, vowing that it would be an “independent voice” focused on the 18-to-34 demographic by giving them “a voice they recognize and a view they recognize as their own.” The idea was to present an MTV with a little more social conscience.

Gore and Hyatt also located their new network in San Francisco, a pleasant place to live but, frankly, a news backwater, 3,000 miles away from and three hours behind the news centers of New York and Washington. In placing its headquarters in the Bay Area, Current TV followed the tendency of other progressive outlets to choose that gentler location at the rear rather than to fight it out in the trenches on the front lines.

So, as the American people were facing one of the most severe threats to their political future a brazen strategy by Karl Rove and other Republican operatives to seize total control and to veer the country off in a violent and cruel right-wing direction the former Vice President and Democratic standard-bearer from 2000 consciously sought to avoid political conflict for his fledgling network.

Even if that had been a sound business strategy, which it wasn’t, it represented an act of cowardice. In 2005, when Current went on the air, the American people desperately needed a courageous voice to challenge Bush’s abuses of power, including his neoconservative war of aggression in Iraq and his assault on fundamental constitutional protections, such as the right of habeas corpus and prohibitions against “cruel and unusual punishments,” i.e. torture. Bush and the Right also were contemptuous about the science of global warming and other reality-based threats.

Not only could Gore’s network have engaged aggressively on those political battle fronts, it could have provided important historic information, including evidence about broader Republican abuses of political power, from the days of Sen. Joe McCarthy through President Richard Nixon to the crimes of Ronald Reagan and George H.W. Bush, such as their tolerance of cocaine trafficking by the Nicaraguan Contra rebels.

Gore also could have demonstrated a meaningful independence by showing how Democrats contributed to those and similar offenses during the post-World War II years by commission and omission. [For details, see Robert Parry’s America’s Stolen Narrative.]

Indeed, a youthful audience might have found such evidence revelatory and useful in assessing what is needed to put U.S. politics back on a sound course. Certainly, these young people would have gotten a better sense of the battle they’re in, against a power structure that won’t simply budge because of some idealistic mini-documentaries about caring for the planet.

It may seem odd today, since President George W. Bush is widely reviled as a dismal failure, a politician not even welcome at the Republican National Convention. But eight years ago, he headed a fearsome political juggernaut that scared many people into silence, especially anyone who wished to maintain “credibility” within the mainstream.

So, it was left to a handful of underfunded Internet sites, including our own Consortiumnews.com, to explain what was happening within the U.S. political structure, to challenge the conventional wisdom on the Iraq War, and to provide the necessary historical context on how the country had lost its way. In those crucial years, Gore’s Current TV siphoned off millions of dollars in scarce media money while producing very little that was cutting edge regarding the fight for America’s political future.

Ironically, it was an outlet of General Electric, a founding member of the Military-Industrial Complex, that seized on the media opening that Gore had disdained.

MSNBC, another struggling cable outlet, had tried for a while to out-fox Fox News from the Right. In the run-up to the Iraq War in 2003, MSNBC dumped the popular Phil Donahue, who had dared to allow some anti-war voices on his talk show. Then, during the invasion, MSNBC produced glowing propaganda videos of American troops “liberating” Iraq, just like Fox was doing.

MSNBC, like other mainstream outlets, carefully censored out images of dead Iraqi civilians and wounded children at overflowing hospitals, so as not to dampen the jingoistic hysteria that was considered ratings gold. However, MSNBC executives soon learned that Fox had cornered the market on conservative viewers, leaving the wannabe super-patriots at MSNBC looking for another strategy.

That strategy emerged through the singular voice of Keith Olbermann, a former sports broadcaster who transformed his MSNBC show “Countdown,” which premiered almost at the same time as the Iraq War, into must-see TV for Americans uneasy about the direction that Bush was taking the country.

Though a temperamental personality, Olbermann demonstrated the courage to take on the Bush administration and Fox News and showed that his pugnacious though erudite style could work even amid the political conformity that dominated the early-to-mid part of the last decade. Every night, Olbermann chided Bush’s triumphant “Mission Accomplished” declaration by counting how many days the war had continued after that moment of bravado.

Repeated clashes with management led Olbermann to depart MSNBC in January 2011, but his legacy was lasting and profound. By then, Bush was considered one of the worst presidents in U.S. history, the Iraq War was acknowledged to be a disaster, and MSNBC was the clear choice for millions of Americans tired of Fox’s right-wing propaganda and CNN’s phony “balance.”

It was only after Olbermann left MSNBC and after the ugly trench warfare with the Bush-Rove-Fox machine was largely over that Gore and Current TV decided to abandon their MTV-with-a-conscience format and opt for more hard-edged political programming. Current hired Olbermann to head its news division and to continue hosting his show, but he quickly grew alienated by the poor production values and left in a huff in March 2012.

The hard truth about Gore’s Current TV is that it missed its historic moment, a chance to truly fight for America’s political future. Gore and the network thought they could do good by not engaging the powerful forces that were intent on crushing the nation’s progressive tendencies and its democratic principles.

The idea was that Current could distance itself from such nastiness both politically and geographically, getting as far from the Washington Beltway as possible and focusing on the positive, not the negative.

That was a gross miscalculation, a failure of political courage and business acumen. Current will now disappear from America’s media landscape having accomplished very little and with very few lamenting or even noticing its departure.