A resolution to the Iranian nuclear dispute is within reach, with Iran ready to accept limits on its program and many in the West willing to ease sanctions. But the real question remains whether chest-thumping politicians and pundits will let a deal go through, writes ex-CIA analyst Paul R. Pillar.

Another round of talks between Iran and the P5+1 is in the offing, as one can tell by an increase in commentary on the subject. This includes the helpful kind of comments and the nay-saying, unhelpful kind.

The outlines of an eminently reachable agreement have been clear for some time. They would include terms along the lines of what Reza Marashi has outlined and I have earlier addressed. 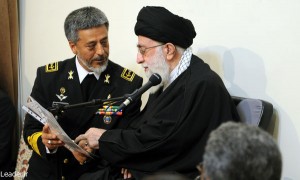 An encouraging sign is that some opinion-makers who still can sound pretty bombastic about the Iranian nuclear program, such as the Washington Post editorial board, nonetheless recognize the need for sanctions relief to be part of any deal.

It would be nice if this entire matter could be handled in a low-key, straightforward way: just make the necessary trades and complete an agreement. Unfortunately that does not look as if it is possible.

The sanctions have played a role in the United States that goes far beyond the manipulation of Iranian incentives in a way that involves American politics and American psychology. In particular, sanctions have been a means for members of Congress to demonstrate their anti-Iranian bona fides by voting again and again in favor of new ways to harm Iran.

And as Trita Parsi argues, sanctions have been part of a hoped-for story of Americans being able to claim a triumph over a foreign adversary.

What is very easy to forget in antagonistic bilateral relationships like this is that the other side has similar political and emotional needs. The Iranians certainly have such needs, although they are less triumphalist and more a matter of simple respect than the corresponding American needs.

One of the most insightful commentators on the entire saga of the Iranian nuclear negotiations, the former Iranian official who is now at Princeton, Seyed Hossein Mousavian, addresses this aspect in a new op-ed. Mousavian explains why it is essential, if any agreement is to be reached, for Iran to be able to preserve what he and his co-author refer to as aberu, or saving of face. Citing past history, he also explains how this will not be the case if Iran is once again called on to make significant concessions in return for the mere promise or hope of getting what it wants in return.

So one side feels a need to crow about a victory, while the other side needs to feel that it has not been kicked in the face. To square that emotional circle, American politicians will have to get most of their triumphalist fix from what has happened already, from getting a negotiation with Iran about curtailing its nuclear program under way at all.

Members of Congress can proclaim today (and when they next run for re-election) that all those votes they cast in favor of all of those sanctions were an important part of getting Iran to the negotiating table. After saying that, they should pipe down, get out of the way, and let the negotiators strike a deal.

← Israel’s Persecution of Haneen Zoabi
Is the Constitution Still Relevant? →