After the 9/11 attacks, the United States lurched off in pursuit of an unattainable goal, perfect security for the American people. Along this bloody route, the nation lost sight of a crucial question: what American actions are generating the fury that fuels the terrorism, notes ex-CIA analyst Paul R. Pillar.

Feature articles over the last few days in the Washington Post and New York Times demonstrate how counterterrorism as practiced by the United States is subject to contradictory forces and trends.

A series in the Postdescribes how the centerpiece of U.S. counterterrorism has become an increasingly institutionalized killing machine that appears destined to operate indefinitely against a continually replenished list of targets. 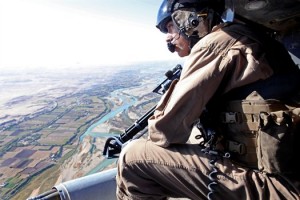 A piece in the Times describes a backlash over the monetary expense and compromises to privacy and civil liberties, a backlash that seems strong enough to force changes in counterterrorist programs. The different directions implied by this reporting reflect how the nation has failed to assimilate some basic principles about terrorism and measures to counter it.

The counterterrorism machine has gotten cranked up to run in ways that would not be acceptable to most Americans if it were to run forever, and yet there is no evident point at which, once turned on, it should be turned off. It was inevitable that a backlash would set in.

Related to this point is the prevalent, and equally mistaken, notion that fighting terrorism involves wiping out or incapacitating some identifiable set of people: “the terrorists.” That is the idea behind the hit lists and target matrices.

The Post‘s series depicts a U.S. counterterrorist effort that has become increasingly and narrowly focused on eliminating the people in the matrices rather than on what leads people to become terrorists and to get into the matrices in the first place.

The United States, through its policies and actions, does a lot to affect which people, and how many people, become terrorists. Those actions include the drone strikes, with their collateral damage and power to enrage, that have become the preeminent means of elimination.

Another concept that is only slowly and belatedly being appreciated is that counterterrorism involves inherent trade-offs, between security and such things as civil liberties, personal privacy, and alternative use of public resources. The common absolutist attitude toward preventing terrorism, which was especially stark in the immediate aftermath of 9/11, has led most public discussion of the topic to be phrased in terms of what measures are necessary to do the job.

But there is no “necessary” level. It is instead a matter of how much security to buy at what price. The answer to that can vary, and vary over time as the same population changes its attitudes. This is a lesson that is only being learned over time and as backlashes have set in.

Most of the important lessons about this subject still have not been assimilated by most of the American public. Over the next few years public support for counterterrorism probably will ebb and flow as it always has: sharply up after a terrorist incident, gradually down as the costs and downsides become more apparent with any incident-free passages of time.

Such fluctuation will have little or no correlation with the pattern of actual terrorist threats or with a rational approach to countering the threats.

6 comments for “The Permanent Counterterror War”