Quick, who joined CNBC in February 2001 after working for seven years for The Wall Street Journal, also believes she knows more than 320 economists who repudiated the right-wing budget-slashers in a statement from the Economic Policy Institute and the Center for America Progress in March 2011. Quick, who received a Bachelor of Arts degree in political science from Rutgers (1993) and whose exposure to serious economics is unknown but appears limited, wrote in Fortune: “A call for frank talk about our debt from Bill Clinton (and me).” 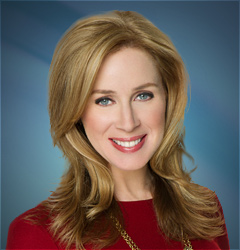 In her Fortune piece, Quick is quick to dismiss Krugman’s concern about “deficit hysteria,” “fiscal scare tactics,” and the dangers of the “austerity budget.” In February 2010, for instance, Krugman presciently wrote:

“Thanks to deficit hysteria, Washington now has its priorities all wrong: all the talk is about how to shave a few billion dollars off government spending, while there’s hardly any willingness to tackle mass unemployment. Policy is headed in the wrong direction, and millions of Americans will pay the price.”

Yet, according to Quick, Krugman is wrong about the deficit. She asserts that the U.S. must reduce the national debt now. “Krugman’s claim that there is no fiscal crisis isn’t just laughable, it’s downright dangerous,” Quick said. “It is hard to find anyone who actually agrees with him.” She apparently is oblivious to a wide range of economic studies and the 320 economists mentioned above.

Yet, as reporter Bonnie Kavoussi has pointed out: “Many economists agree that slashing government spending too quickly hurts economic growth. State and local austerity has deprived the economy of 2.3 million jobs over the past three years, according to a recent analysis by the Economic Policy Institute.

“Some financial bloggers,” Kavoussi notes, “think that Krugman is spot on.” Felix Salmon, finance blogger at Reuters, wrote, that CEOs’ latest call for deficit reduction is “gross self-interest masquerading as public statesmanship,” and that the economy needs “higher deficits, not lower ones” to combat high unemployment. Joe Weisenthal, deputy editor at Business Insider, also wrote in October that “Obama’s deficits have done a lot of good” by helping dig the economy out of the recession.”

Economists agree that: “Both the private sector and the government have critical roles to play in growing our economy: Business investment drives the economy [and the middle class drives that], but public investments provide the foundations on which business investment depends. This winning combination paves the way for America’s economic success. Cutting necessary investments from the federal budget will only undermine the long-term competitiveness and productivity of the American economy.”

Despite such serious commentary, Quick claims not only to be oblivious to these judgments but she also appears to think that she know more than former President Bill Clinton by overlooking some important words in the statement that Clinton’s office provided her: “it’s important not to impose austerity now before a growth trend is clearly established, because as the austerity policies in the eurozone and the U.S. show, that will slow the economy, cut jobs, and increase deficits; and any credible deficit-reduction plan requires three things — spending reductions, revenue increases, and economic growth.” [Emphasis added]

So, what explains Quick’s positions and those of so many corporations? It seems that most Americans are slow to comprehend that there has been a hostile takeover of the nation and its government by corporations that can be traced back to the 1970s. For instance, on Aug. 23, 1971, soon-to-be Supreme Court Justice Lewis F. Powell, Jr., then a Richmond, Virginia, attorney, drafted a confidential memorandum for the U.S. Chamber of Commerce that describes a strategy for the corporate takeover of the dominant public institutions of American society.

But, is there anyone left in the English-speaking world who isn’t aware of corporations’ and Wall Street’s culpability in the current fiscal crisis?

The financial crisis, which began in August 2007, has been described as “the worst financial crisis since the Great Depression.” Yet it did not come out of nowhere like some act of God. The crisis was just the latest phase of the evolution of financial markets under the radical deregulation process that began in the late 1970s.

The lax regulation permitted risky financial innovations, which then expanded rapidly amid an asset price bubble in the housing market. With huge profits to be taken, Wall Street and other financial institutions ignored their own risk management procedures and found little resistance from government (or skepticism from the media) where many allegedly smart people were worshipping at the altar of the “market.”

Quick, who appears to be one of those market true-believers, does not provide empirical (nor any other) support for her characterization of Krugman’s views as “just laughable” and “downright dangerous.” The “support” on which Quick apparently depends is the position of 44 CEOs from Fortune 500 companies who slavishly embrace Hooverville mentality and are now advocating the Simpson-Bowles plan.

Quick does not mention that the many Fortune 500 companies have been contributing significantly to the deficit by not paying adequate taxes, in fact, some companies have been paying “zero” taxes. If corporations and the rich paid taxes at the same level as in the 1960s, the debt would disappear in a decade,” according to a study by the Institute for Policy Studies.

Quick makes no mention of this rather provocative study nor has it been reported that corporations (reportedly awash with cash) have been enthusiastic about solving the national debt by paying their appropriate share of taxes along with the Super Rich. Quick also appears to have overlooked these related facts:

–In the 1940s, corporations paid 43 percent of all the federal income taxes collected in the U.S. In 2010, that percentage was only 8.9 percent.

–The top statutory tax rate is 35 percent, but companies pay an average effective tax rate of about 25 percent. Some large companies paid “0” in taxes in 2010.

–In 2010, the tax bill of General Electric, with reported worldwide profits of $14.2 billion (and $5.1 billion from its operations in the United States), was: zero.

Economics is admittedly complex — it is a social science not for the faint of heart and no small challenge for non-economists. And serious economists can disagree. So, not having the education, the frame of reference, and intellect adequate to comprehend the empirical arguments of economists like Krugman and others is understandable.

But being arrogant and presumptuous to dismiss a serious thinker like Paul Krugman and several hundred other respected economists along with empirical studies over a period of several decades to serve the purposes of Wall Street and Big Business propaganda is another.

As the saying goes, “everyone has a right to one’s own opinion, but not one’s own facts.” In Quick’s case, and that of the government-budget-slashing corporations, neither facts nor empirical evidence have been presented to transform their opinions into supported, credible arguments.

Indeed, Quick and her corporate colleagues are long on opinions, myth and beliefs and short on arguments, facts and empirical evidence, a state of affairs mourned by eminent economists. They seem to consistently indulge in what the New York Times economics reporter Catherine Rampell calls “fake-onomics.”

During this pre-election period, many corporations seem to be too busy brazenly intimidating their employees and telling them how to vote as opposed to reading credible economic analysts.

Serious people can have serious disagreements, but Betsy Quick should not be considered “serious.” She is yet another example of questionable reporting and “opining” related to The Wall Street Journal (Amity Shlaes was also long a WJS Krugman critic. Shlaes, a onetime WSJ editorial board member “specializing in economics,” consistently criticized Krugman on the basis of a B.A. in English).

What the WSJ apparently considers quality reporting on economics is debatable. One can easily conclude that a job requirement at the WSJ is that of Krugman-hater (along with being anti-liberal, of course).

I personally believe that the WSJ is the most over-rated, most “downright dangerous” newspaper in the United States. The only time it is worth reading is when knowledgeable individuals like Bruce Bartlett, among others, write the WSJ in an attempt to straighten the editors out.

In my view, it takes advantage of its readers’ gullibility and confusing the love of money with economics. The WSJ is a prime example of “standing where it sits.” The name of the newspaper explains its focus, its loyalty, where its bread is buttered, Wall Street, not the nation’s economics, finance or fiscal health. The Wall Street Journal works for Wall Street and Big Business, period.

Not for just the last decade or so, but well before, the American public has learned that Wall Street and Big Business are not the sources of the best economics nor the best ethics. And let us not forget their role in the Great Depression of the 1930s, a human catastrophe brought on by the greed and lack of government regulation in the Gilded Age and the Roaring Twenties.

The current fiscal crisis, as Betsy Quick should know, also belongs primarily on Wall Street’s doorstep. Only careful regulatory policies by the federal government  combined with smart counter-recessionary government spending  can get the U.S. economy back on its feet.

Beverly Bandler has a masters in public administration for George Washington University (‘82) where she concentrated on budget and finance. She is a consistent reader of economics and finance and is an investor.

[4] Chait, Jonathan. “Wasting Away in Hooverville.” The New Republic, 2009-03-18. http://www.tnr.com/article/books/wasting-away-hooverville

← The Permanent Counterterror War
In Case You Missed… →