For years, Mitt Romney has advocated tax breaks tilted toward the rich in a classic “supply-side” strategy, but is now trying to obscure that position. His shift comes as even conservative economists say the concentration of wealth at the top is hurting economic progress, as ex-CIA analyst Paul R. Pillar notes.

You know we have a serious problem with inequality when that paragon of right-of-center political economy, The Economist, puts as much emphasis on it as it does in its current issue.

A major “Special Report on the World Economy”is all about the causes and ramifications of what the magazine calls “a dramatic concentration of incomes over the past 30 years.” It is a concentration that has occurred in many parts of the world but by no means uniformly. The pattern of inequality is especially glaring in the United States, in terms of both absolute inequality and recent trends. 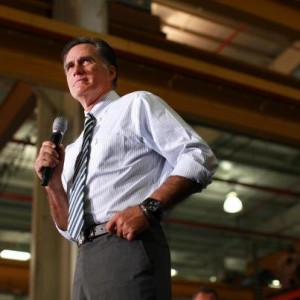 The magazine’s report lays out some of the relevant statistics about the United States that ought to be familiar by now but nonetheless still shock. The share of national income going to the wealthiest one percent of Americans has doubled since 1980, from 10 percent to 20 percent. The share going to the highest one hundredth of one percent, a mere 16,000 families, has quadrupled during the same time from just over one percent to, astoundingly, nearly five percent.

One of those processes is the upward redistributive effect of government policy. The Economist notes that when taxes and entitlements in the United States are all taken into account, “the government lavishes more dollars overall on the top fifth of the income distribution than the bottom fifth.”

That last pattern should not be surprising in view of the crony capitalism in which “America’s growing inequality has political roots.” The finance industry has more lobbyists in Washington than almost anyone else: about four for each member of Congress. Accordingly, financiers have been allowed “to tilt rules in their favor” and have been “among the biggest winners from changes to America’s tax code.”

It is conventional wisdom that there is a tension between efforts to alleviate inequality and efforts to expand the national economic pie. There is some truth in the conventional wisdom: the hope of moving ahead of the crowd in wealth and material well-being can be a powerful incentive to apply more work or more ingenuity to a productive endeavor.

But that incentive would be gone only in an entirely flat society, and does not explain or justify the glaring and growing inequality that is today’s reality. The Economist‘s report explains the several respects in which that inequality undermines, rather than promotes, economic growth and prosperity.

There is, first of all, the crony capitalism, which is less about fostering the free markets that are essential for competition and growth than about preserving the privileged positions of those who have already made it.

Then there is the huge waste of human capital entailed in inequality of opportunity. That type of inequality correlates with overall economic inequality. Again, the United States displays some of the worst of it.

Its social mobility, i.e., how much any one individual’s income is unchained from a tight correlation with the income of the same individual’s parents, is lower than in most other advanced Western countries.

The Economist sums up the implications for growth and prosperity this way: “High and growing levels of income inequality can translate into growing inequality of opportunity for the next generation and hence declining social mobility. … Bigger gaps in opportunity, in turn, mean fewer people with skills and hence slower growth in the future.”

Finally, but not least important, much of skewed income at the upper levels has come from rents rather than productivity, as illustrated by how much of the very rich have, The Economist notes, “made their money in Wall Street rather than Main Street.”

“Rents” is the technical and somewhat polite economic term that refers to extracting a profit from merely owning or controlling something, or being in an advantageous position, rather than actually producing something. A blunter and more descriptive term is “parasitic.” Economies grow and prosper from productivity; they do not from rents.

All of this should be disturbing even if we looked no further than our nation’s borders. It is more disturbing still when considering another pattern that the magazine’s report notes in passing: that while inequality within countries and especially in the United States has greatly increased in recent years, inequality between nations has decreased as poorer countries catch up with richer ones.

America’s growth-inhibiting inequality is making it less able to compete, and less able to serve as an exemplar for others, in the global arena.

Ideologically driven myopia, which mistakenly cherishes anything in the private sector status quo, even when it is destructive of free markets and vigorous competition, and disdains anything government does, even when it is necessary for economic growth and the fullest use of human capital, is needlessly weakening the relative as well as absolute position of the United States.

Another example of this myopia is the disgraceful state into which the nation’s physical infrastructure has been allowed to fall (as Arnaud de Borchgrave has recently observed). Repair of that infrastructure is essential for economic growth, but repair of much of it requires action and expenditure by government.

5 comments for “The Danger of Wealth at the Top”