The label “terrorist” has been bent to political use so often the word has lost any semblance of objective meaning. American politicians and pundits like to hurl it against perceived enemies, but now it appears a group can escape the opprobrium with enough high-priced lobbying, Danny Schechter writes.

Question: When is a terrorist a terrorist? Answer: When the U.S. government says so.

In the 1980s, when the mujahedeen in Afghanistan were assassinating members of the national government and the Russian troops dispatched to support it, the killers were, in Washington’s view, freedom fighters. Yet, over the last decade, when these fighters turned against an Afghan government imposed by the United States and began killing Afghan officials and U.S. troops, they were branded terrorists.

In 2011, when armed groups battling Muammar Gaddafi’s government in Libya were supported by NATO, they were called freedom fighters. This month, when some allegedly turned violently against the United States, which now dominates Libyan politics, they were castigated as terrorists. 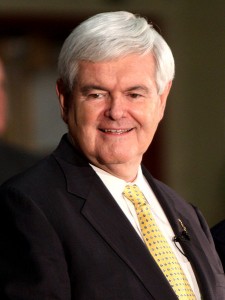 And last week, the United States Government through a decision by Secretary of State Hillary Clinton has decided that the Iranian group  Mujahedeen Khalq, or People’s Mujahedeen, which has been on the U.S. State Department’s terrorist list for years, is being removed from the list.

That means the group and its supporters will no longer face financial and legal sanctions. One day, they were feared terrorists; the next day they were not. The “bad guys” became “good guys” with the swipe of a pen.

The New York Times says this feat was accomplished through what it describes as an “extraordinary” lobbying effort costing millions of dollars over many years. Reports the Times:

“The group, known as the M.E.K., carried out terrorist attacks in the 1970s and 1980s, first against the government of the Shah of Iran and later against the clerical rulers who overthrew him. Several Americans were among those killed. In the 1980s, it allied with Saddam Hussein, who permitted it to operate from Camp Ashraf [inside Iraq].

“But by most accounts, the M.E.K. has not carried out violent attacks for many years. While it is described by some critics as cult-like and unpopular with Iranians both inside and outside the country, the group has been able to gather large crowds at rallies in the United States and Europe to press its bid to reverse the United States’ terrorist designation, imposed in 1997.”

The decision comes just before an Oct. 1 cut-off date ordered by a federal appeals court. US News explains: “As recently as 2007, a State Department report warned that the M.E.K., retains ‘the capacity and will’ to attack Europe, the Middle East, the United States, Canada, and beyond.

“The M.E.K., which calls for an overthrow of the Iranian government and is considered by many Iranians to be a cult, once fought for Saddam Hussein and in the 1970s was responsible for bombings, attempted plane hijackings, and political assassinations. It was listed as a foreign terrorist organization in 1997.

“If the State Department does decide to delist M.E.K., whose name means ‘People’s Holy Warriors of Iran,’ it will be with the blessing of dozens of congressmen.”

No less than 99 members of Congress, Democrats and Republican alike, signed onto a congressional resolution to take the “holy warriors” off the list. Just last week at a rally in Paris, none other than former House Speaker and hyper-conservative Republican presidential candidate New Gingrich, now scurrying to pay off his campaign debts, was caught on camera bowing to the French-based movement’s leader Maryam Rajavi.

Top lobbying firms have been paid high fees for rounding up support for M.E.K.

Glenn Greenwald has reported at Salon, “That close association on the part of numerous Washington officials with a Terrorist organization has led to a formal federal investigation of those officials. [P]aid MEK shill Howard Dean (a former Democratic liberal presidential candidate) actually called on its leader to be recognized as President of Iran while paid MEK shill Rudy Giuliani has continuously hailed the group’s benevolence.”

ProPublica, the not-for-profit media organization, has also revealed that a very prominent liberal journalist known for his Watergate reporting was paid to speak up for M.E.K

“On a Saturday afternoon last February, journalist Carl Bernstein got up on stage at the grand ballroom of the Waldorf Astoria in Manhattan and delivered a speech questioning the listing of an obscure Iranian group called the Mujahadin-e Khalq (MEK) on the U.S. government list of officially designated foreign terrorist organizations.

“The speech, before a crowd an organizer put at 1,500, made Bernstein one of the few journalists who has appeared at events in a years-long campaign by MEK supporters to free the group from the official terrorist label and the legal sanctions that come with it. He told ProPublica that he was paid $12,000 for the appearance but that, ‘I was not there as an advocate.’

“Bernstein told the crowd that, ‘I come here as an advocate of the best obtainable version of the truth’ and as ‘someone who believes in basic human rights and their inalienable status.’ He also challenged the State Department, saying that if the agency ‘has evidence that the MEK is a terrorist organization, have a show-cause hearing in court, let them prove it.’”

This is a line-up that is hard to rent, much less buy, but M.E.K and its well connected lobbyists have shown how money makes things happen in Washington.It also shows how porous the terrorism issue is, subject to changes in political fashions, and how little the media knows or remembers and how open it is to being influenced by insiders, especially when there’s money to be paid for a few hours work.

It shows, too, the politics of provocation in action, part of a larger strategy of escalating tensions. The tactics range from sending a naval armada to menace Iran, perhaps in hopes of staging a contemporary “Tonkin Gulf” incident in which any Iranian defensive maneuver or attack by “militants” could be projected as an act of aggression justifying air strikes and drone attacks.

Even the decision to refuse visas to Iranians coming to a UN meeting seems part of the same strategy designed to show critics in Israel and Republicans that the U.S. is ready to get tough.

The delisting of an Iranian terror group fits right in to an approach that could lead to an “October Surprise” designed to get voters to rally behind the flag and their Commander in Chief.

← ‘Lucky’ Voters Can Pick Romney
A March of Folly Toward Iran →