Tough-guy posturing in Washington continues to push the United States toward another collision course in the Middle East, as two politically motivated actions ratcheted up tensions with Iran. Ex-CIA analyst Paul R. Pillar sees troubling parallels with the march of folly that led to war in Iraq.

Two actions at the end of last week, involving two different branches of the U.S. government, continued a pattern of unthinking support for anything that gets perceived as opposition to the Islamic Republic of Iran.

One such action was passage by the U.S. Senate in the middle of the night of a resolution declaring that the United States and other countries have a “vital interest” in working “to prevent the Government of Iran from acquiring a nuclear weapons capability.” The resolution “rejects any United States policy that would rely on efforts to contain a nuclear weapons-capable Iran.” 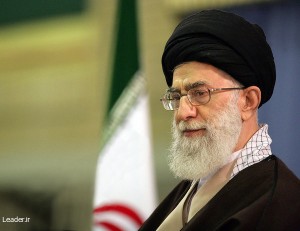 Never mind that this resolution buys into Benjamin Netanyahu’s “red line” game of talking about “nuclear weapons capability,” which by some measures Iran already has now, rather than possession of a nuclear weapon, which Tehran consistently disavows.

The most disturbing thing about the resolution is its categorical rejection, in the wee hours of the morning, no less, as Congress was rushing into its pre-election recess, of an entire category of policy options with no consideration whatsoever of the alternatives or any weighing of advantages and disadvantages in comparison with the alternatives.

All we get to accompany the rejection is a string of “whereas” clauses that repeat a familiar litany of things people don’t like about Iran.

Evidently some members who might otherwise have had reservations about this resolution were reassured by a clause stating that “nothing in this resolution shall be construed as an authorization for the use of force or a declaration of war.” The resolution passed 90-1, with Sen. Rand Paul, R-Kentucky, casting the only vote against.

But if the P5+1 (the countries of the UN Security Council plus Germany) continue refusing to offer any significant sanctions relief in return for major restrictions on Iran’s nuclear activities and as a result the negotiations with Tehran go nowhere, we will inevitably hear voices loudly proclaiming that military force is the only way to abide by the policy objectives that this resolution declares.

Congressional statements such as this midnight resolution have a parallel from prior to the Iraq War: the Iraq Liberation Act of 1998. Although most of the members who voted for that legislation and the president (Bill Clinton) who signed it may have had no intention of facilitating a war, it became a benchmark that promoters of the war repeatedly referred to as a bipartisan statement that regime change in Iraq was the policy of the United States.

The other piece of anti-Iran posturing last week was the decision by the Obama administration to remove the Iranian cult-cum-terrorist group, the Mujahedin-e Khalq or MEK, from the U.S. list of foreign terrorist organizations. Adding groups to that list or removing groups from it is supposed to be a dull process of administrative and legal review, and usually it is.

But the MEK’s case became the subject of a lavishly funded public-relations campaign, unlike anything seen with any other group in the 15-year history of the list. Prominent figures, including well-known Democrats as well as Republicans, reportedly received five-figure fees to speak on behalf of delisting the group.

Many members of Congress and others, even if they did not prostitute themselves through such arrangements, naively believed that anything or anyone opposed to the Iranian regime must be worth supporting.

No good will come out of this subversion of the terrorist-group list with regard to conditions in Iran, the behavior or standing of the Iranian regime, the values with which the United States is associated or anything else.

The regime in Tehran will tacitly welcome this move (while publicly denouncing it) because it helps to discredit the political opposition in Iran, a fact not lost on members of the Green Movement, who want nothing to do with the MEK.

The MEK certainly is not a credible vehicle for regime change in Iran because it has almost no public support there. Meanwhile, the Iranian regime will read the move as another indication that the United States intends only to use subversion and violence against it rather than reaching any deals with it.

Although the list of foreign terrorist organizations unfortunately has come to be regarded as a kind of general-purpose way of bestowing condemnation or acceptance on a group, we should remember that delisting changes nothing about the character of the MEK. It is still a cult. It still has near-zero popular support in Iran. It still has a despicably violent history.

As for more recent chapters of that history, given how public the delisting issue became with the MEK, it probably would have been appropriate for the Department of State to address publicly the press reports, sourced to U.S. officials, that the MEK has collaborated with Israel on terrorist assassinations of Iranian nuclear scientists. But that, of course, would have required the politically inconvenient act of publicly addressing Israeli terrorism.

Attention to the issue of moving MEK members from one camp in Iraq to another camp in Iraq, and about threats to the group from within Iraq, appears to have become in the end an excuse for caving in to the public-relations campaign. Whether the group resides at Camp Ashraf or Camp Liberty doesn’t determine whether it meets the definition under U.S. law of a foreign terrorist organization.

Whatever problem there may have been at Camp Ashraf, it was the MEK itself that was balking at a move, not any Iraqis that threatened the group. If there is an issue of human rights and refugees, it is mainly one of permitting rank-and-file members to escape the control of the cult’s leaders.

The MEK story also has a parallel with the Iraq War. A role that the MEK has to some extent assumed for anti-Iran agitators in this country, and that the delisting will only encourage, recalls the prewar role played by Ahmed Chalabi and the Iraqi National Congress (INC).

Each case involved a group of exiles with a slick talent for manipulating public opinion in the United States but a paucity of support in their own countries. A possible difference is that the MEK’s support in Iran is even less than that of the INC in Iraq, given the former’s treasonous behavior (in Iranian eyes) during the Iran-Iraq War.

Both of last week’s actions, which involve both political parties and both the executive and legislative branches of the U.S. government, are discouraging not only for what they imply about discourse and policy on Iran but also for what they say more generally about U.S. policy-making. The competitive politics of an election campaign have not helped and probably have hurt.

Competitive politics did not have to hurt, especially at a time the Romney campaign is groping for any stick it can use to beat the Obama administration. On the MEK matter, the administration could be legitimately criticized for pusillanimously giving in to a terrorist group’s public-relations campaign. It could be charged with appearing to convey approval to a group whose behavior is repugnant to American values. It could be further charged with hurting the cause of democracy in Iran and providing propaganda points to the Iranian regime.

But the campaign evidently is sticking with the usual simplistic approach that anyone who bashes that regime must be a friend of ours, and besides, some prominent Romney advisers are among those who have spoken publicly on the MEK’s behalf.

← Buying Off the ‘Terrorist’ List
Iran Reaffirms Offer on Nukes →

5 comments for “A March of Folly Toward Iran”