The neocons despite the disastrous Iraq War and other harm they have caused remain influential in Official Washington, given time on talk shows and space on op-ed pages to expound on their latest dreams of American intervention in the Middle East. But ex-CIA analyst Paul R. Pillar asks, why are they still listened to?

Recent attempts by adversaries of President Barack Obama to blame him for yet another undesirable circumstance, in this case, popular outrage in the Middle East over an anti-Islam video, remind us of one of the oddest aspects of discourse in the United States about foreign and security policy: that the same people who not too many years ago inflicted on us the Iraq War are still part of that discourse.

They get air time and column space, and evidently at least somebody seems to be listening to them. 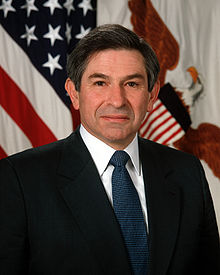 One mistake should not condemn someone to silence, but we are not talking about just any old mistake. The Iraq War was one of the biggest and costliest blunders in the history of U.S. foreign relations. The human and material costs, including an ultimate fiscal and economic toll in the multiple trillions in addition to the political and diplomatic damage, have been immense.

Moreover, promotion of that war demonstrated a fundamental misunderstanding of fault lines in the Middle East, political culture in the region, the nature of political change there, the roots of enmity and security threats toward the United States, and the limitations of U.S. power and especially military power.

There is no reason anyone should pay one iota of attention to what the promoters of that war have to say today on anything related to those subjects. And yet those are the very sorts of subjects, often with particular reference to countries such as Iran, Syria and Libya, on which neocon promoters of the Iraq War expound today.

In some other political system, anyone who had been involved in an official capacity in promoting that war might, after resigning in disgrace, retire from public affairs to tend a garden, write fiction, or make money in private business. But somehow that has not happened with many of the people concerned in this instance.

Probably one reason it has not has to do with the evolution of the larger U.S. political system and especially of the Republican Party. The near-extinction of moderate Republicans has been reflected not only in positions on domestic policy but also in neoconservatism having become the dominant default ideology of Republican foreign policy. This sort of attachment to one of the two major political parties has sustained the neoconservatives, who based on their record are the ones who should have gone extinct.

The attachment to a major party has further effects. It means neoconservativism is viewed not as a fringe but as part of the mainstream. It means those (especially those with significant money) who favor Republican victories (for whatever reason, even if foreign policy has little to do with it) have reason to help sustain neoconservative voices.

The success the war-promoters had, with an energetic sales campaign amid a post-9/11 political milieu, in getting many Republicans and Democrats alike to go along with their project has lessened the inclination to call the neocons fully to account. Those who went along at the time do not want to be reminded of that.

There has consequently been a blurring of the distinction between the promoters and mere followers. When Paul Wolfowitz was on Fox News the other day to join in criticizing the Obama administration for its “apologetic posture” toward the Muslim world, the host introduced him as “one of the people who believed that we needed to go to war with Iraq,” as if he had been just another congressman who voted for the war resolution.

He instead was perhaps the most fervid promoter of the war in the Bush administration, showing no compunction about whatever it took, including fabricating a supposed alliance between the Iraqi regime and al-Qaeda, to muster support for the neocons’ long-sought invasion.

The way the war was manned, with the all-volunteer military, and financed (or rather, not financed) has obscured the costs and thereby further muted any demand to call the neocons to account. All the posturing these days about the deficit makes it easy to forget how much this completely unfunded and expensive war of choice contributed to ballooning of the deficit during the Bush administration.

The political costs of the war within the Middle East, such as the exacerbation of sectarian tensions and expansion of Iranian influence, also are not the sorts of things that by their nature will hit the average American squarely in the eyes as what the neocons had wrought, even though they are very much that.

Then there are the conscious efforts to get Americans to forget about certain recent past experiences including the Iraq War. The war is one of two big things, the origin of the Great Recession being the other, that have led George W. Bush’s own party to regard him during the current election campaign as He Who Must Not Be Named.

An appropriate response to any expounding by neoconservatives today about policy in the Middle East is to issue reminders, loudly and often, about their recent record there.

12 comments for “The Mystery of Neocon Influence”